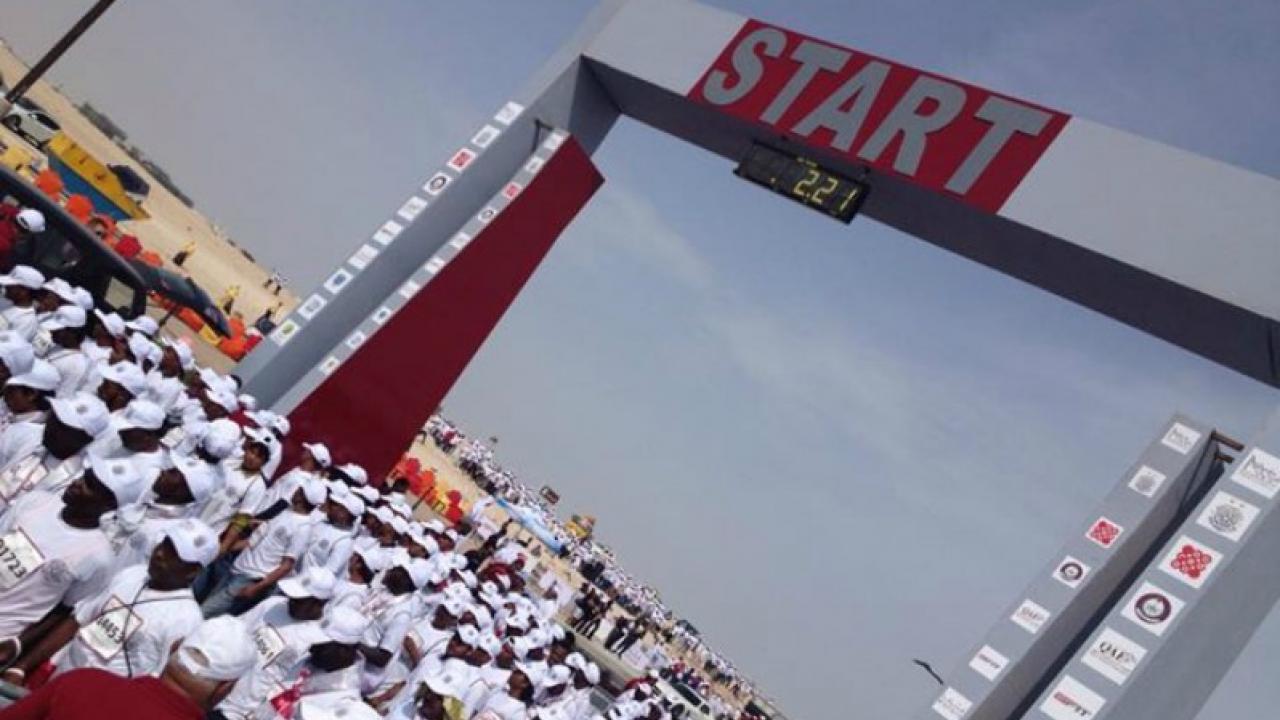 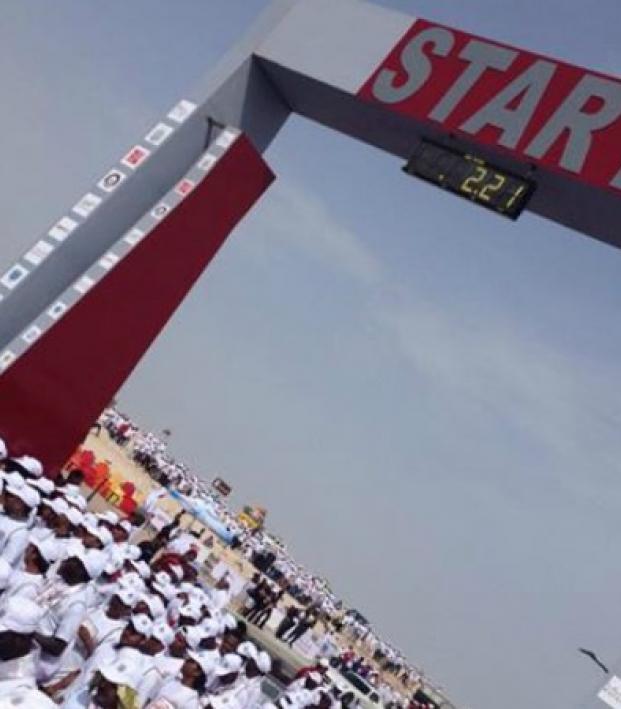 Ivan Anich April 4, 2015
As Qatar prepares for the 2022 World Cup, the systematic oppression of workers has reached a new low with this running race.

It’s hard to believe that things could possibly get worse for workers in Qatar. They are already dying at a rate of one casualty per day. They face racial discrimintation that results in physical and sexual abuse. Their passports are taken from them as soon as they enter the country, so they cannot get paid or go back home. And now, the nation of Qatar has forced an unfortunate group of them to race in a marathon, without training, in Qatar’s blistering heat, all in the name of breaking a Guinness World Record. Many of the workers had no shoes to run in. 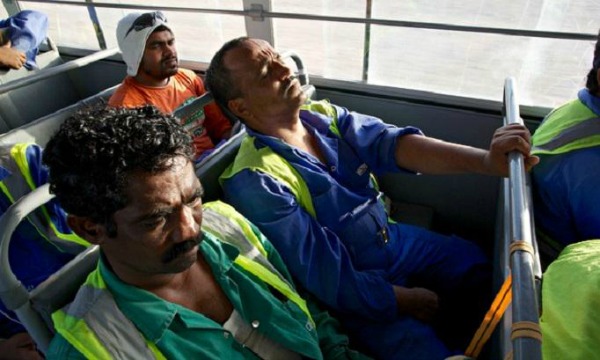 Migrant workers in Qatar have faced horrific conditions and, according to latest reports, were forced to run a marathon in Qatar's blistering heat (Photo: @CarbonatedTV | Twitter)

This is nothing short of shameless abuse of human life at the hands of a tyrranic state that values its labor force as little more than dirt that just happens to be able to do a job.

In an official statement from the race's website, the marathon was said to be a “decisive response to the campaign waged by the sector of envious haters on the success of Qatar to host the 2022 FIFA World Cup, and to their false allegations of persecution of workers and residents in our beloved country.”

Several workers running the race reportedly tried to give up halfway through and leave the course, only to be forced back and told that they must finish.

So much for those "false" allegations of persecution.