Sam Klomhaus October 23, 2015
A Chinese toy company made a Nazi action figure and named it "Bastian." "Bastian" bears a striking resemblance to a certain Manchester United and Germany midfielder.

We are not privy to every single one of Manchester United's training sessions, nor are we insiders on the German National Team, but we have not received any reports of Bastian Schweinsteiger goose-stepping across the practice pitch or in any way else insinuating that he is a Nazi. Enter the Bastian Schweinsteiger Nazi doll.

That's why we were surprised to discover there is a doll in existence, or action figure, whatever, that purports to be a Nazi supply man, and this doll bears a suspicious resemblance to Bastian Schweinsteiger. And here's the kicker: the Nazi supply man doll's name is "Bastian."

So, yeah, nothing to see here, just a toy company capitalizing on one of the most recognizable faces in soccer, who just happens to be German, and insinuating that he is a Nazi. 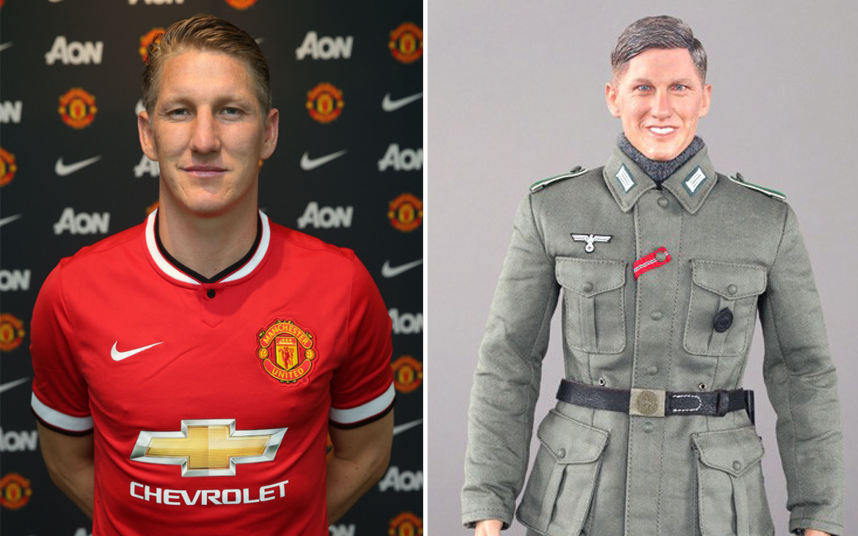 There's clearly a resemblance. Should this lawsuit turn out to be a real thing, it doesn't look good for Nazi Bastian's Chinese creators, who put themselves in even more hot water when asked by the press about the doll, saying that they thought all Germans looked like that and that Bastian is a very common name in Germany.

"Look, guys, we're not being racist. We just think every German looks the same and is named Bastian. Totally not racist. not even a little bit." Good grief.