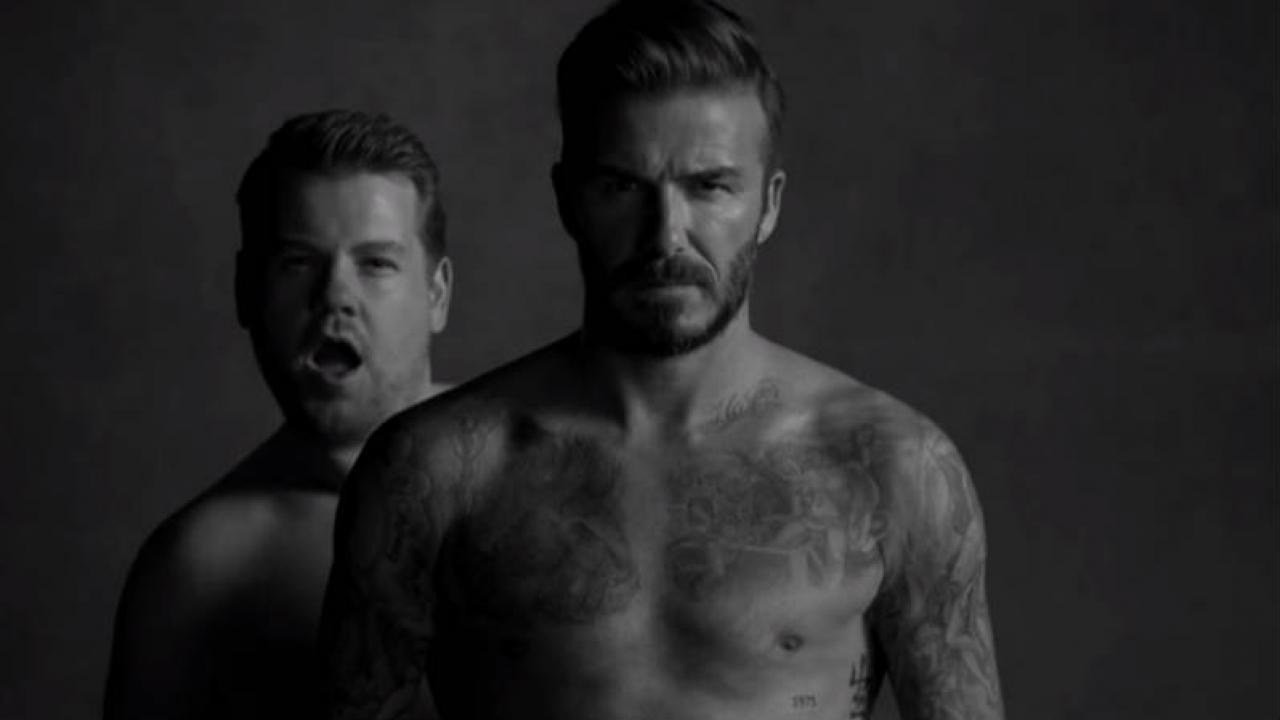 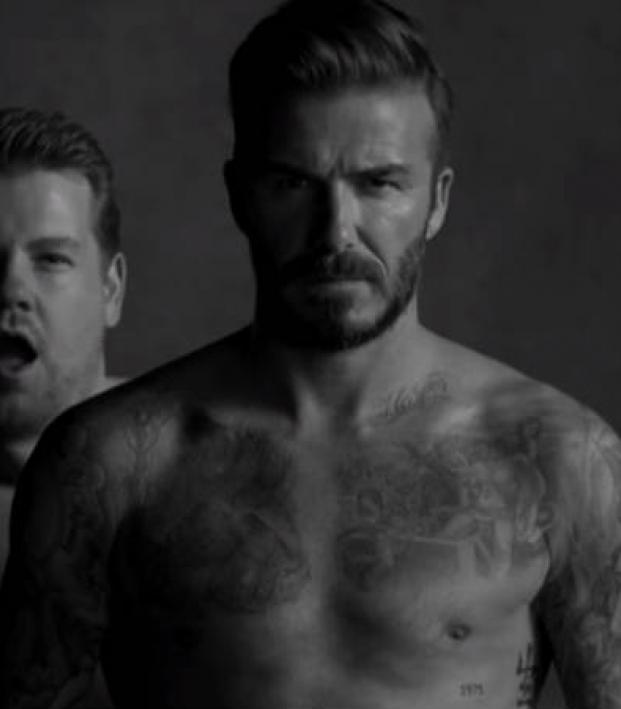 New host James Corden of CBS’s The Late Late Show seems to be settling nicely into the role of funny man. The English comedian has only done four episodes, but he is springing onto the scene - and, in a recent ad, found an easy way to get people's attention.

James Corden got his pal David Beckham to join him in a fake Calvin Klein underwear ad.

The hilarious spot has the two promoting David and James briefs or, as they call them, "D&J briefs." The less in shape Corden his hilarious in the video and, according to the pair, the underwear make the feel “secure”, “supported” and in James' case, “sexually aroused”. The spot will debut on tonight's show.