Connor Fleming June 2, 2016
Atletico Diritti is an Italian amateur club that plays their home matches near the Felice Aqueduct in Rome. Even more spectacular is their fight against social exclusion.

In the southeastern Roman neighborhood of Quadraro, Atletico Diritti play their home matches under the shadow of the Felice Aqueduct. The aqueduct was completed in 1586 by Pope Sixtus V, bringing water back to the hills of Rome, which had been waterless and sparsely inhabited since the sixth century.

By 1589, the aqueduct was filling no less than twenty-seven public fountains. As the aqueduct provided for the people of Rome, so Atletico Diritti hopes to provide for the migrants, refugees, prisoners and former prisoners in the area.

Atletico Diritti was founded on the principles of basic human rights and with the hope of providing migrants, refugees, prisoners and former prisoners a grounds for social integration. 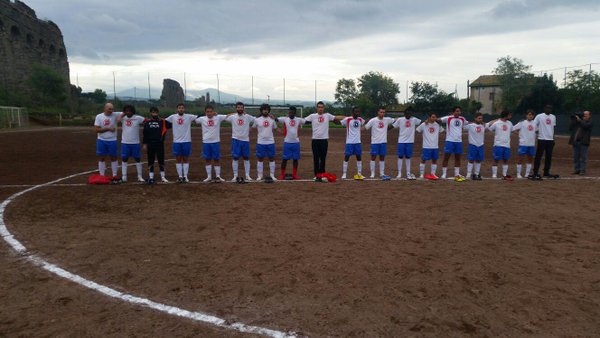 While the club plays in the Terza Categoria of Italian football, the lowest level of amateur football in Italy, their approach embodies the earnestness of the social task before them.

“We are in the field in the name of integration, anti-racism and human rights for all, in the name of sport as an instrument of cohesion and involvement,” says the club.

The club was formed by the Diritti family, who, according to FIFA's Instagram, “were concerned with protecting the rights of prisoners, refugees and migrants. They had the idea of trying to further the cause of human rights, and most specifically the values of integration and anti-racism, through sport.” 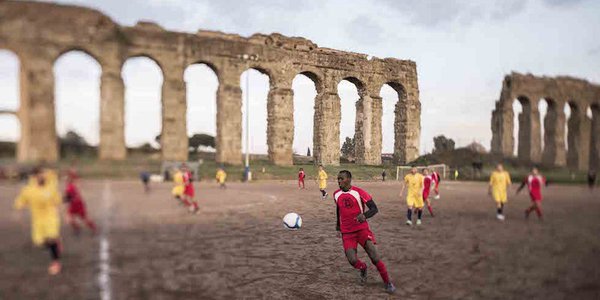 The club is completely self-financed and relies on crowd funding for a majority of its expenses. Their away uniforms are designed and created by prisoners through a social cooperative named “Made in Jail.”

“The Italian prison system is very often an insurmountable wall,” says club president Susanna Marietti, “but we do not give up and we do not stop at anything.”

Football is the common denominator for the migrants, refugees and former prisoners that believe the sport can overcome outside barriers.

Although the club plays in an amateur division, they believe that “human rights are not something amateur. We are all in the field for the same rights.”

While the language barrier has made communication difficult between the side, the spirit and camaraderie at the club has seen them play well in the division.

“Last year ended with immigrant children who were telling us, ‘Atletico Diritti has become my family,’” says Captain Daniel Abrham.

The club originated with the football team in Rome, but a cricket side has also been formed in Terracina with largely Pakistani, Bangladeshi and Indian players.

“It is an area where Asian workers are employed in agriculture, and in which there are terrible situations of savage exploitation,” says Vice President Arturo Salerno.

Atletico Diritti plays for more than just three points every matchday, the play to champion the human qualities that make football so beautiful.