James Hansen January 25, 2016
We all know how the modern game works, but 19th century soccer had some surprising quirks at the beginning.

On the surface, soccer seems to be strikingly different from other sports such as American football and rugby, but 19th century soccer actually shared more in common with these sports than you might think. Here are five surprising traits from the early version of the game.

1. You could catch the ball 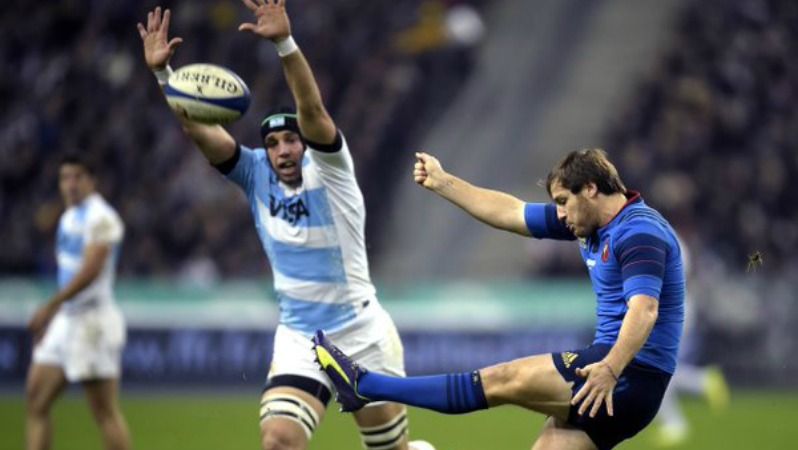 2. The offside rule was a little weird

The original offside rule stated that no offensive player could be past the ball. Think of it like scrimmaging in rugby, or like the line of scrimmage for offensive lines in American football. As a result, 19th century soccer formations consisted of eight forward players, who would dribble forward until they were at a distance to shoot at goal. And speaking of shooting at goal...

3. There were no crossbars

Nineteenth century soccer players were essentially trying to make field goals. The rules stated that a goal was given if the ball passed through the posts at any height. It wasn't until 1865 that they came up with the idea to stretch a bit of tape between the two posts.

4. Soccer could have been a lot more violent

When the rules for 19th century soccer were first drafted, the club of Blackheath refused to join because hacking (kicking below the knee) was not allowed. They later went on to be a founder of the Rugby Union.

There was also a rule that stated "No player shall wear projecting nails, iron plates, or gutta percha (a tough, plastic substance used for root canal therapies) on the soles or heels of his boots." Which begs the question: what the hell were they doing before these rules were introduced? 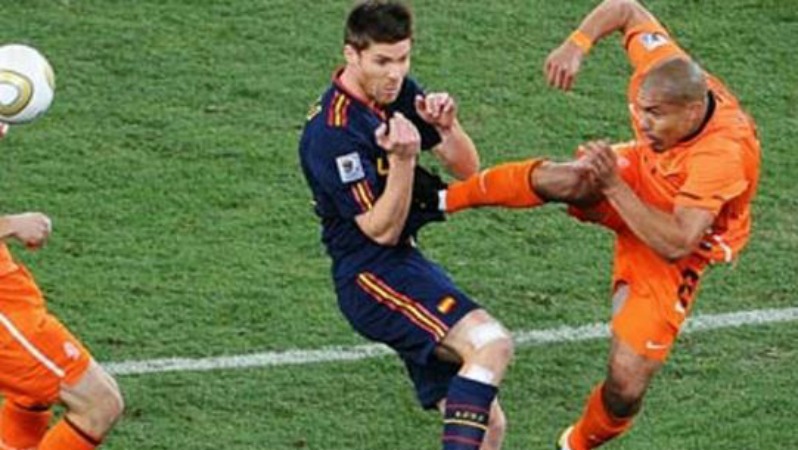 Somebody may have forgotten to tell Nigel De Jong about that one. Photo: 90minz | Twitter

5. Penalty kicks were called something... a little different...

Penalty kicks weren't introduced until 1891, because in 19th century soccer, it was assumed that a gentleman would never deliberately commit a foul. But as the game became more competitive, the need for the penalty kick became apparent. That's not the surprising part though. The surprising part is what they originally called it: "the kick of death."

The modern game is almost indistinguishable from these early roots, as it has distanced itself farther and farther from its relatives such as rugby and American football. But perhaps we can bring back some of these traits from 19th century soccer. I, for one, am totally for calling penalties "kicks of death."

You can find out more about the origins of soccer over here. You can also download a text copy of the original rules here.