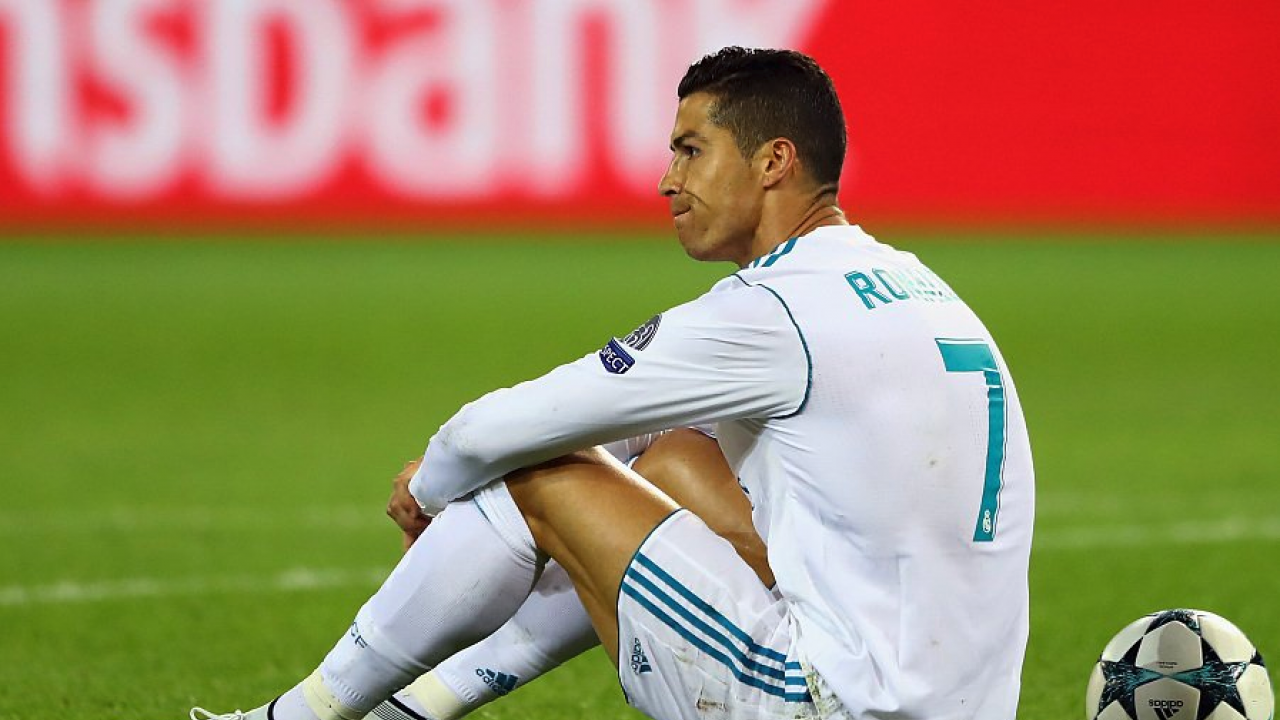 Cristiano Ronaldo Sits On The Pitch In Frustration

Inside La Liga: When Will Ronaldo Find The Back Of The Net?

The18 October 6, 2017
The18.com's Giselle Cesin talks about the fact that Real Madrid seems to be hitting their stride again, however Cristiano Ronaldo has yet to score a league goal this year. Will he score soon or will his teammates continue to carry Los Blancos?
The18 October 6, 2017

The18.com goes inside La Liga every week. This week Giselle Cesín takes a look at Real Madrid’s return to form, but asks the question should fans be worried about the lack of goals from Cristiano Ronaldo?

Hi I’m Giselle Cesin with the18, and this is your La Liga soccer update.

Real Madrid took care of business this weekend, beating Espanyol 3-0. However, some Madridistas will be worried that Cristiano Ronaldo has yet to score a league goal this season.

There are a few reasons that this shouldn't be a cause for concern. First, Cristiano's Real Madrid teammates are more than up to the task of scoring multiple goals per game. Isco in particular has been on fire this season.

Second, Cristiano is playing well even if he isn't finishing. He assisted one of Isco's two goals against Espanyol and is consistently getting himself into dangerous positions.

Third, he's Cristiano Ronaldo! He is going to score a lot of goals this season because he is who he is and that's what he does. He will keep working to put himself in good positions and Real Madrid has several elite passers who can find him with the ball.

We’ll be back next time with more España, where the international break will probably see La Furia Roja officially qualify for the World Cup. Ronaldo and Portugal play Andorra and Switzerland, which should give CR7 ample opportunity to rediscover his scoring touch.