MOSCOW — Bayern Munich's Joshua Kimmich volleyed in a 79th-minute winner on Tuesday as they battled past hosts Lokomotiv Moscow 2-1 in their Champions League Group A match to extend their winning run in the competition to 13 consecutive games.

Leon Goretzka headed them in front in the 13th minute but they squandered a string of chances to double their lead and also hit the post before Anton Miranchuk punished their wastefulness following a quick break from Ze Luis.

Pharrell Designed Some Adidas Kits And They Are Fucking Gorgeous

There are few songs in the history of music that I hate more than “Happy” by Pharrell Williams. For whatever reason, it just grates on me like 10,000 nails on 10,000 chalkboards. But I’m willing to completely forgive the American singer/songwriter based entirely on these incredible new Pharrell soccer jerseys he created with adidas and Humanrace FC.

Designed by hand, for the @humanrace.

MUNICH, Germany — Winger Kingsley Coman scored twice and set up another goal as holders Bayern Munich crushed Atletico Madrid 4-0 in the Champions League Group A opener on Wednesday to stretch their winning run in the competition to 12 games.

The France international put the hosts ahead with a fine effort in the 28th minute and then set up Leon Goretzka to fire in their second in the 41st.

Arjen Robben's trademark is probably his lethal left-footed finishes — most notably the curling far-post strikes he's converted so many times after cutting in from the right wing. But the former Bayern Munich winger might become renowned in the footballing world for his method of transportation to first team matches.

The Dutch legend arrived at FC Groningen's Eredivisie match against FC Utrecht on Sunday via a pair of wheels that many footballers are unaccustomed to.

Bayern Munich opened the defense of its DFB Pokal crown on Thursday against FC Düren. For those keeping track at home, Düren is in Germany’s fifth tier, so the final score of 3-0 Bayern wasn’t unexpected, but honestly slightly flattered the title holders.

Bayern’s win wasn’t really ever in doubt, but Düren held its own — the players can go home proud of the fact they fared better against the European champions than Barcelona.

The 20-man (boy) shortlist for the 2020 Golden Boy award was revealed on Thursday and it’s bursting at the seams with talent. Here's the full list of star players under the age of 21 that could win this prestigious award. 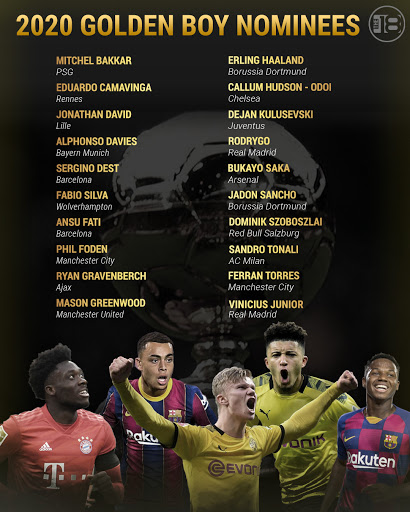 I’m thanking my lucky stars that I'm not in charge of choosing the winner because picking only one is nearly impossible.

Bayern Munich's Robert Lewandowski scored four goals including a stoppage-time penalty to give the German champions a 4-3 home win over Hertha Berlin in a pulsating Bundesliga clash at the Allianz Arena on Sunday.

The result left Bayern fourth in the standings on six points from three games, one behind the top three led by Leipzig on goal difference, while Hertha slipped to 13th on four points.

Lewandowski fired Bayern into a 2-0 lead with two trademark goals before the visitors hit back through Jhon Cordoba and Matheus Cunha to set up a frantic climax.

Having spent much of my sports writing career covering Texas high school football, which at most levels draws more fans than USL matches, I found that more than anything Texas high school football coaches care about effort. And by that barometer, Joshua Kimmich’s game-winner against Borussia Dortmund in the German Supercup on Wednesday was among the greatest goals of all time.

Bayern, Dortmund Set To Clash In German Supercup; Here's How To Watch

The biggest matchup in Germany will see its latest edition play out on Tuesday as Bayern Munich will take on Borussia Dortmund with the German Supercup on the line.

Bring on the Supercup