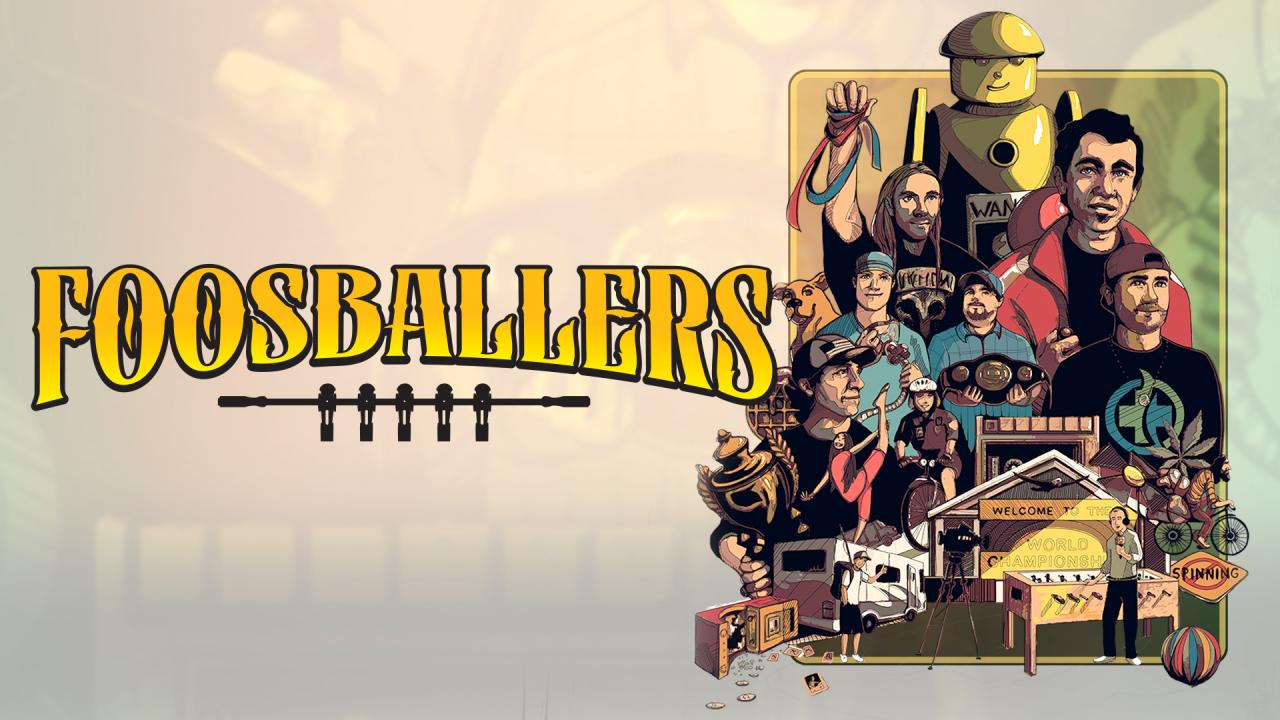 ‘Foosballers’ Is The Soccer Documentary You Didn’t Know You Needed

Foosball — or table soccer — was once the eighth-most popular sport in the United States. Professional footballers raked in huge winnings on a million-dollar tour with Porches given to champions. It was a glamorous time, with the sport appearing in major Hollywood films.

This is not the world featured in “Foosballers,” a new documentary from Joe Heslinga, available now on National Foosball Day (Feb. 13) on iTunes and Vimeo. Instead, “Foosballers” gives a glimpse into the far-less-glamorous but far-more-fascinating underground world of pro foosball of the current day.

“Foosballers” follows six professionals in the lead-up to the Tornado World Championships. It’s these captivating characters who make the film so appealing, from the quirky lovable loser Robert Mares studying game film while eating a single Eggo waffle drenched in syrup to the charming southerner Cindy Head screaming at herself after every point.

“It’s rare to find a world so rich with history and so full of amazing personalities that hasn’t already been discovered by the mainstream media,” Heslinga said. “Once we did our research and started meeting the cast, it was a no brainer. These people are so passionate about their sport, and that passion was magnetic. To play professional foosball means you’re an underdog by nature — you have dedicated your life to play a sport that most don’t know exists. They play for the love of the game. And that resonated with me.”

When we here at The18 first saw the trailer for “Foosballers,” we knew we had to see it. We’re avid fans of all forms of the beautiful game, whether at the Maracanã, a city park or on a table, which honestly is how I play most often these days given the proximity of a Tornado table to my desk and my deteriorating ankle ligaments.

We jumped at the opportunity to see an advance screening of the film in Denver, a Mecca of foos where we were joined by three of the movie’s biggest stars — Head, Mares and the legendary Todd Loffredo. 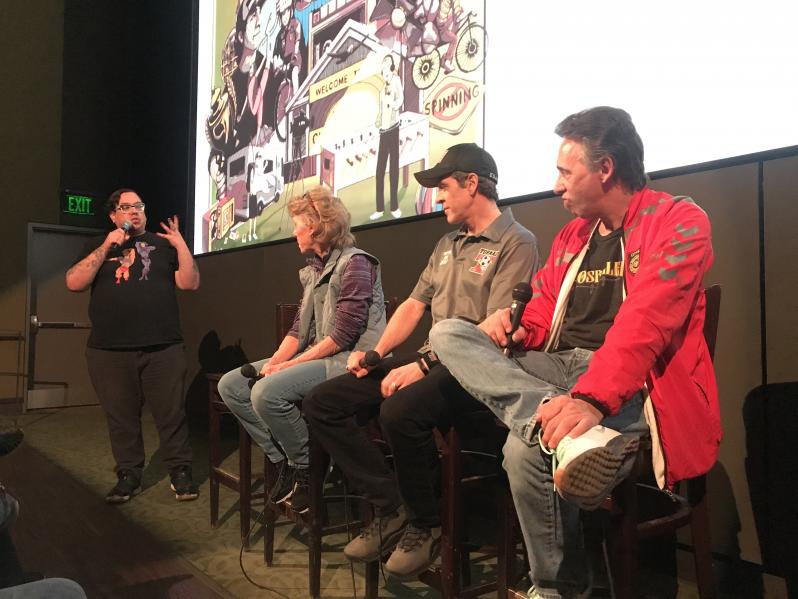 The film, which took three years to make, is an inspiring look at the lengths to which people will go to follow a passion. While the heyday of foos in the 1970s is long gone, there remains a devoted subculture, where the athletes train just as much as Cristiano Ronaldo and study film as much as Pep Guardiola.

“Foosballers” is just as much about the underground pro game as it is an ode to those who pour their hearts into a sport for the love of the game, not for a big payday.

“When you put your heart into it, the practice is there,” Loffredo said after the screening.

In that respect, Heslinga’s movie brilliantly captures the spirit of pro foosball in the U.S. Whether it’s Loffredo, one of the best pros of the 70s, still traveling around the country, crashing on people’s couches to play foosball and drink Sunkist, or Tony Spredeman, the next generation of player who might just be the future of the sport, “Foosballers” shines best when focusing not on the foos but on the folks.

Take, for instance, Terry Rue. The former Marky Mark back-up dancer is now an anesthetist in Louisiana, where he’s essentially created the first family of foos with his wife, Keisha. Their daughter Sullivan (14 in the movie) is one of the most endearing figures in the entire film. She takes it upon herself to train hours every day without any prompting from her dad, a world double’s champ with Mares.

It’s these people who also make up one of the coolest movie posters around. 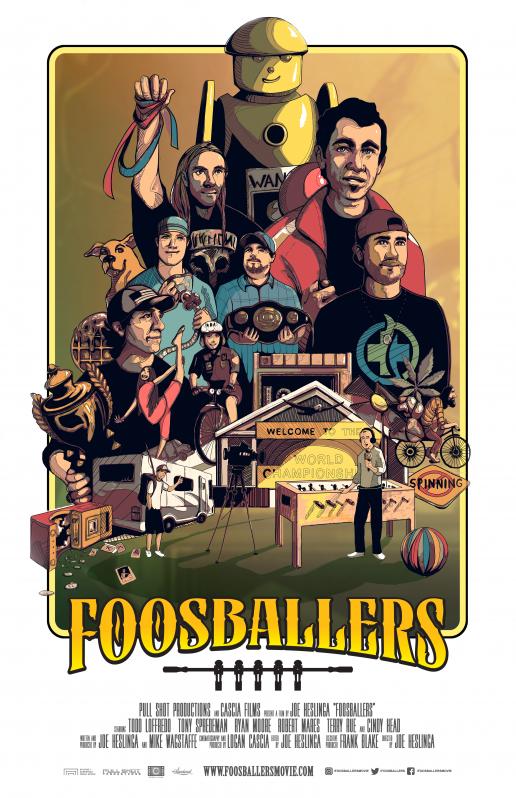 But getting to know these foosballers was no easy task for Heslinga. Head, the most decorated foosballer of all time, told us Heslinga called her over and over until he convinced her to appear in the film. Long a niche sport, the stars of the game have become wary of publicity, having been burnt in the past.

“I think most of us at first felt a little apprehensive because we’ve kind of gotten clowned on before by some of the magazines or TV shows,” Mares said. “But once we knew Joe was legit and he was serious and he knew his stuff about movies, we were all feeling blessed to be a part of it. It was fun.”

If I had one qualm with the film, it was the lazy narrative of blaming video games for the decline of foosball. While video games undoubtedly affected the foosball industry, as they affected every game and entertainment industry, it’s an overplayed trope to say it’s just “video games.” It reeks of an old man yelling at these dang kids and their changing interests.

But the film is rousing and engaging throughout, with a few in the audience becoming verklempt during the more emotional moments.

Anyone interested in a gritty deep dive into a world you probably didn’t even know existed should check it out. You can buy it on Vimeo for $19.99 but if you’re one of the suckers with Apple products, you’re better off paying $14.99 on iTunes or renting it on the same site for $4.99. You can check out the trailer here, and at the top of the page we’ve compiled some of the coolest tricks from the professional athletes featured in “Foosballers.”