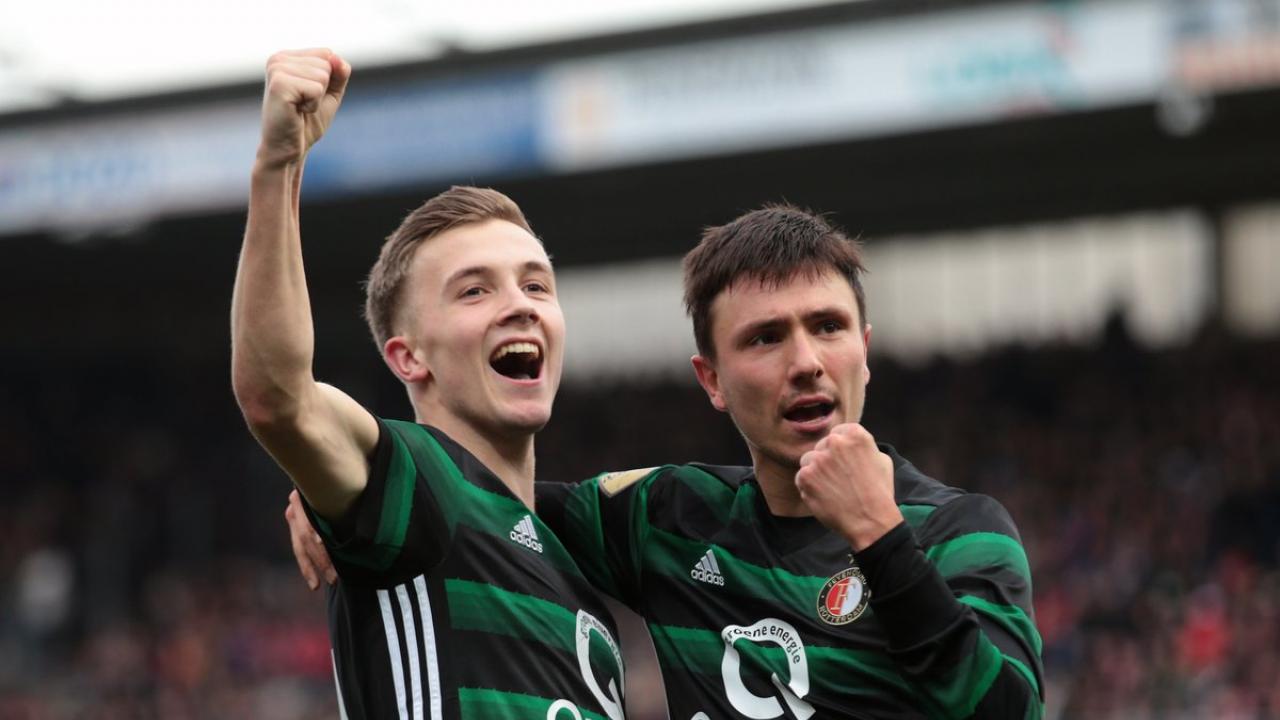 Dylan Vente, an 18-year-old forward for Feyenoord in the Eredivisie, scored what may be the coolest goal of the past weekend on Sunday. Vente didn’t just score his first career goal, he scored a goal that was nearly identical to one scored by his grandfather’s brother 80 years earlier — also for Feyenoord.

Vente’s goal was the second in a 7-0 rout of Sparta Rotterdam. The teenager met a looping cross and headed it the ball over the goalkeeper and into the back of the net.

In 1937, Leen Vente headed a looping cross past the goalkeeper and into the back of the net, a nearly identical goal for Feyenoord, this time scored against Beerschot.

Goals just run in the family for the Ventes.