It’s been a tough 15 years or so for Arsenal fans. Aside from a few FA Cups titles, the Gunners have been on a steady downward trend since claiming their last Premier League crown in undefeated fashion in 2004, at least on the men’s side. This Arsenal adidas commercial is arguably the best thing to happen to the club in a decade.

On Thursday night, I watched the teaser trailer for just-announced continuation of the Mass Effect series about half a dozen times, growing emotional thinking about a potential resumption of that beloved storyline. Similarly, on Friday morning I became fixated with a new advertisement: this Arsenal adidas commercial that is as hypnotic as it is beautiful. Adidas can just take my money now because I’m buying whatever they want after this three-minute advertisement.

Featuring many of Arsenal’s biggest stars, from Vivianne Miedema and Daniëlle van de Donk to Pierre-Emerick Aubameyang and Thomas Partey, and set to Desire’s mesmerizing song Under Your Spell, this commercial takes us back in time to a simpler time. Club legends Ian Wright, David Seaman and Steve Bould remind fans of an era when Arsenal’s men’s team was actually competing for titles in England. Nowadays, the Gunners’ only success comes in Europa League group-stage matches.

Then and now. Always Original.

Desire - Under Your Spell pic.twitter.com/dnAZB4Dim6

I’ll be honest, I don’t even know what exactly Arsenal is dropping on Dec. 15, but I know I’ll be throwing money at them, whether it’s Miedema’s sweet bowling shirt or Aubameyang’s glittering gold suit jacket. Or better yet, just give me posters of this Hector Bellerin trio to hang all over my walls. 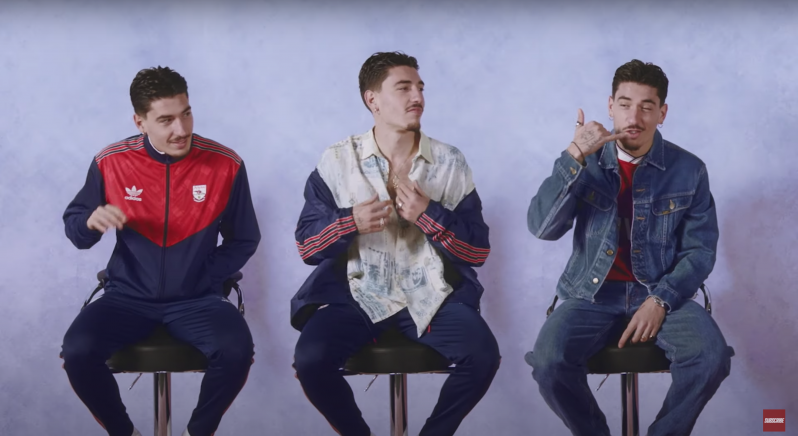 Now if we could just get the Arsenal men’s team to play with as much passion as they put into filming this commercial.