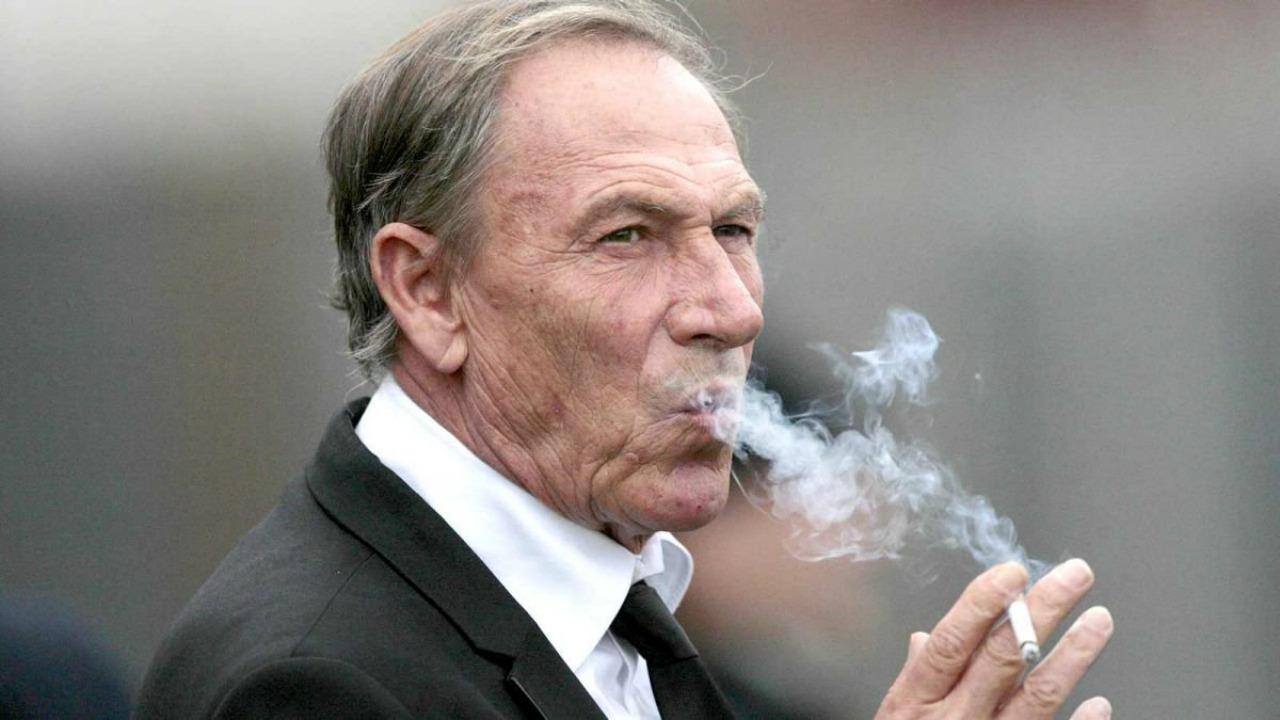 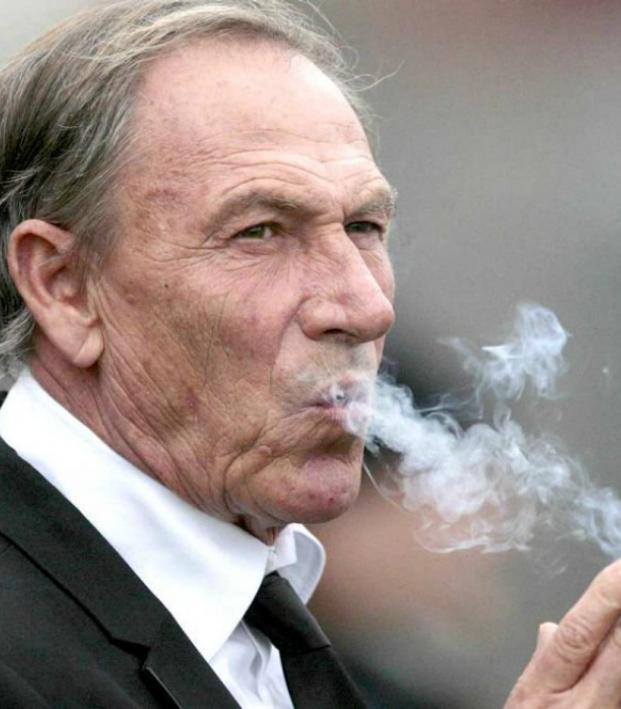 Huw Thomas February 21, 2017
The legendary Zdenek Zeman returns to last-place Pescara and thrashes Genoa, but can he save them from relegation?

The cars were on fire and there was no driver at the wheel. For the president of Pescara, a rotten six months was capped with the firing of the manager who brought Serie A football back to the provincial town, the torching of his property by disillusioned fans, and a last gasp, hail Mary attempt to save the club’s position by turning to one of Italy’s most notorious cult leaders, Zdenek Zeman. 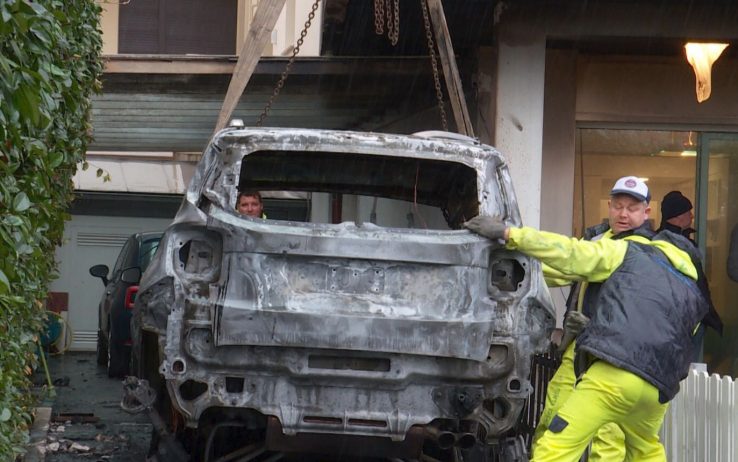 The remains of the president's car. Photo: @calciomio | Twitter

If football is a religion, then the cult of Zeman is the cult of ferocity, of a blind eyed desire to punch a hole in the face of God and then keep on punching, regardless of the consequences. Chain-smoking and nearly 70 years old, the Czech is still riddled with fire and fury, refusing to bend his will no matter how often his is proved wrong. Zeman came back to Pescara this weekend and it was good.

This year, Pescara have not won a game. Not properly, at least. They were awarded three points for their match against Sassuolo but only after their opponents fielded an ineligible player. On the pitch, they’ve been wretched. After going five nil down to Torino last week (clawed back to 5-3), the club finally pulled the trigger and jettisoned the manager who had won them promotion, Massimo Oddo. With the club in free fall - only 9 points earned after 25 games - relegation was all but assured.

Enter Zeman. He has quite a history with the club. In 2011-12, Zeman led Pescara into Serie A, thrilling the second tier with his swashbuckling style and the young Italian players it depended upon. Amongst that team, Lorenzo Insigne, Ciro Immobile and Marco Verratti have become some of Italy’s brightest stars.

Verratti himself has confessed to the importance of Zeman’s influence on his career, while Insigne’s small stature proved no barrier to being one of the division’s top scorers when Pescara notched 90 goals in the rough-and-tumble Serie B. Immobile might not have gone on to hit such heady heights, but for three such interesting players to emerge at once from such a small club is incredible. Zeman turned that team into something truly beautiful.

There is no chance that he will do it again. Not this season, anyway. Zeman represents the high tie mark of the team in the minds of most modern fans. Now, in their time of need, Pescara have turned to the one man who can do something. Anything. But can Zeman make Pescara great again? Or, at least, can Zeman make Pescara anything other than awful?

Any discussion about tactics, formations and preparations is somewhat mired in the cult of personality. Just as David Koresh’s particular interpretation of the Bible wouldn’t fly in most seminaries, Zeman’s idea of football is utterly dependent on one fundamental principle. While Koresh’s Branch Davidians preached that the world was about to end and worked backwards from that point, Zeman’s creed is attack.

It is not an urge, a need, a wish or an impulse. Attack is everything. Attack, always. Attack, attack, attack. It’s not a tactic so much as an insistence, an imposition of pure ideology designed to pummel opponents into submission.

And this means that Zeman’s teams score goals. Three, four, five goals are not uncommon for Zeman’s sides. The problem is that the scoreline goes both ways.

Rafa Benítez used to insist that the attack/defence balance of a football team is like a blanket: pull too much in either direction and the head or the toes go cold. If Rafa’s blanket analogy perfectly demonstrates the Spaniard’s pragmatism, it does nothing to describe Zeman. In this metaphor, the toes would already be frost bitten and the blanket so thoroughly wrapped around the head that the side would be choking on their own attacking intent.

Zeman’s teams score goals and concede goals too. If you score one, we’ll score two or three or four. Pragmatism is a dirty word in the Zeman dressing room. It’s blasphemy.

This is what people mean when they talk about Zemanlandia. Named after Italian theme parks, the idea encapsulates the sensation of the wonder and splendor that is Zeman’s approach. It’s a rollercoaster, a whirlwind and it’s usually built on creaky foundations.

For the past three decades, any mention of Zeman in Italian football makes people bleary-eyed, nostalgic for this ridiculous and thoroughly entertaining approach. He’s hardly changed in thirty years, so any discussions about Zeman always come down to one thing. He’s going to attack. And we’re going to like it. And it’s probably going to end badly. 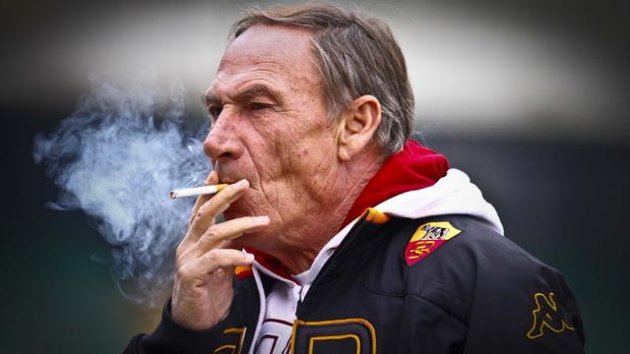 Zeman during his ill-fated spell with Roma. Photo: @mbork88 | Twitter

Thus, we knew where Zeman would want to take the failing Pescara team. We knew what he’d want them to do. It’s the same he tried with Roma, with Foggia, with Pescara previously. But his appointment was only announced in the middle of the week and the match against Genoa loomed. The bookies and the fans had already written this one off. Zeman hadn’t had the time for his harsh training regime to take effect, the sand bags tied to ankles and the endless step ups.

When the team sheet was released, things were new and – at the same time – familiar. Out went Oddo’s Christmas tree experimentation, in came Zeman’s trademark 4-3-3. Gianluca Caprari, the team’s top scorer, was shifted out to the left wing. He was the only member of the squad to remain from Zeman’s first spell. While Oddo had been left weeping on the sidelines the previous week, Zeman once again prowled the pitch in Pescara, demanding aggression and craving a smoke.

The first half started and it was a blitz. By halftime, Pescara were 3-0 ahead. Caprari, twisting and flitting between the lines, was unplayable. January signing Alberto Cerri, a 6’4’’ 20-year-old center forward who had struggled a division below, became a glorious focal point, the pivot around which Zeman’s men parried and thrusted.

But this was Zeman, so the pessimistic halftime thinking was, “well, as fun as that was, Pescara will ship four goals in the second half.” Instead, they added two more. The team who hadn’t won a game on the pitch all season ran out five nil winners.

As well as football, Zeman is renowned for his ability to confront the harshest of truths. It was his interview with L’Espresso magazine in 1998 which highlighted the pervasive problem with doping in Serie A and led to a suspended sentence for the Juventus team doctor. It was a truth no one dared to mention back then.

After his most recent return, Zeman was asked whether he would happily give up his cigarettes if it meant Pescara stayed up. He declined. Survival, he confessed, is not likely. In Serie A, where a head-to-head record trumps goal difference, being 10 points behind 17th place with 13 games to play is not ideal. Everyone has a better head-to-head record than Pescara. And the gap is likely too big.

But Zeman insisted that the team should focus on the next game. Turning 70 in May, these last months of the season will be relished by a man who thought his work might never shine on the biggest stages ever again. Out of a job since the summer, Zdeněk Zeman was thrilled to be back. It is possible to occupy the final space in the table with dignity, he insisted, and it’s possible to enjoy yourself too.

So, even if Pescara are doomed, then they can go out swinging. And when, inevitably, Pescara are relegated, Zeman can bring them back from the dead once again. Always attacking, refusing to rest. With Zeman in the pulpit, the end of the world never looked so attractive.