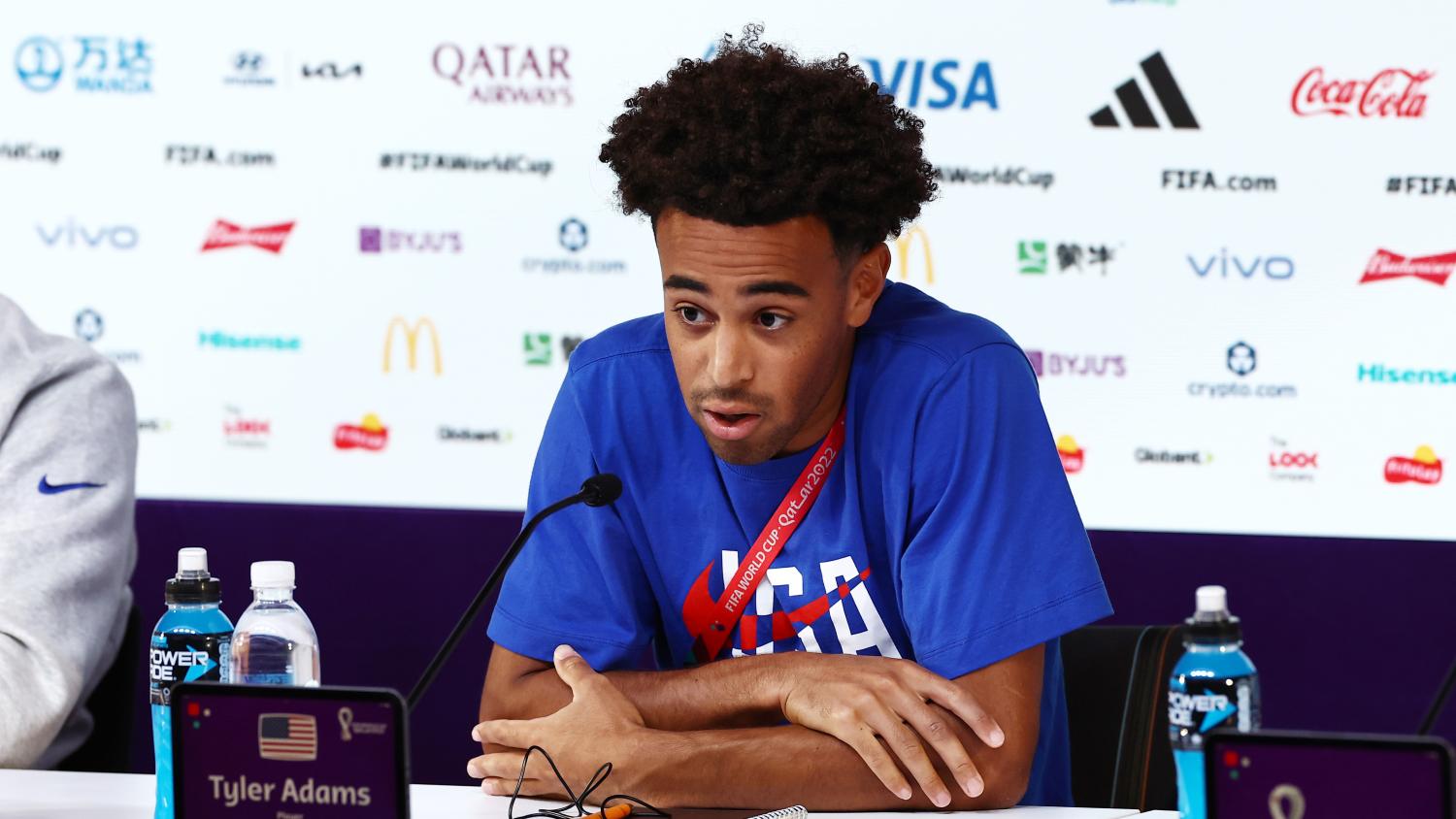 Monday's press conference ahead of the United States' must-win game against Iran was not about soccer at all.
Getty Images

One day before the United States takes to the field against Iran in a must-win Group B clash, the crucial match at hand seems to be the last thing anyone wants to talk about. In their pre-game press conference with the media on Monday, American midfielder Tyler Adams joined head coach Gregg Berhalter. The pair faced questions about racism, geopolitical tension and many other questions one would feel would be better suited to a press conference at the White House than a World Cup match.

Despite not being a politician, the 23-year-old Adams answered with tremendous maturity and poise, showing exactly why he was there.

When asked by an Iranian reporter whether he was okay with representing a country that has “so much discrimination against black people,” as well as being told off for pronouncing Iran incorrectly, Adams responded with an insightful, respectful and eloquent answer while also apologizing for his pronunciation mistake.

Here is Tyler Adams with a brilliantly-handled response after being told he pronounced Iran wrong. He was also asked about discrimination against black people in America. This is why he’s #usmnt captain. pic.twitter.com/NCCMjMoGef

“There’s discrimination everywhere you go,” Adams began, using examples from his own life. He went on to acknowledge that through his experience living overseas, he’s gained a new perspective on the issue.

“In the U.S., we’re continuing to make progress every single day,” he said.

The Leeds midfielder also reiterated the importance of education, illustrating his point by praising the reporter for correcting his pronunciation of Iran, saying, “I think it’s super important; like you just educated me now on the pronunciation of your country.”

Adams wrapped up his answer by saying “it's a process” to highlight his point that improvements are not made overnight: “As long as you see progress, that's the most important thing.”

Coach Berhalter was not immune from questions regarding the political situation between the two nations, being asked why the United States requires Visas for Iranians as well as American Naval ships in the Persian Gulf.

There has been much backlash after the USMNT social media accounts posted graphics with the Iran flag without the Islamic Republic symbol and later said it was to "support for the women in Iran fighting for basic human rights."

By posting a distorted image of the flag of the Islamic Republic of #Iran on its official account, the #US football team breached the @FIFAcom charter, for which a 10-game suspension is the appropriate penalty.
Team #USA should be kicked out of the #WorldCup2022 pic.twitter.com/c8I4i4z3Tv

This message has been criticized in Iran with the country’s state media calling for the United States to be kicked out of the World Cup and suspended for 10 games for “posting a distorted image of the flag of the Islamic Republic of Iran.”

FIFA has given no indication that a ban will happen, but the Iranian media have taken it upon themselves to take the attention off their national team and the play on the field.