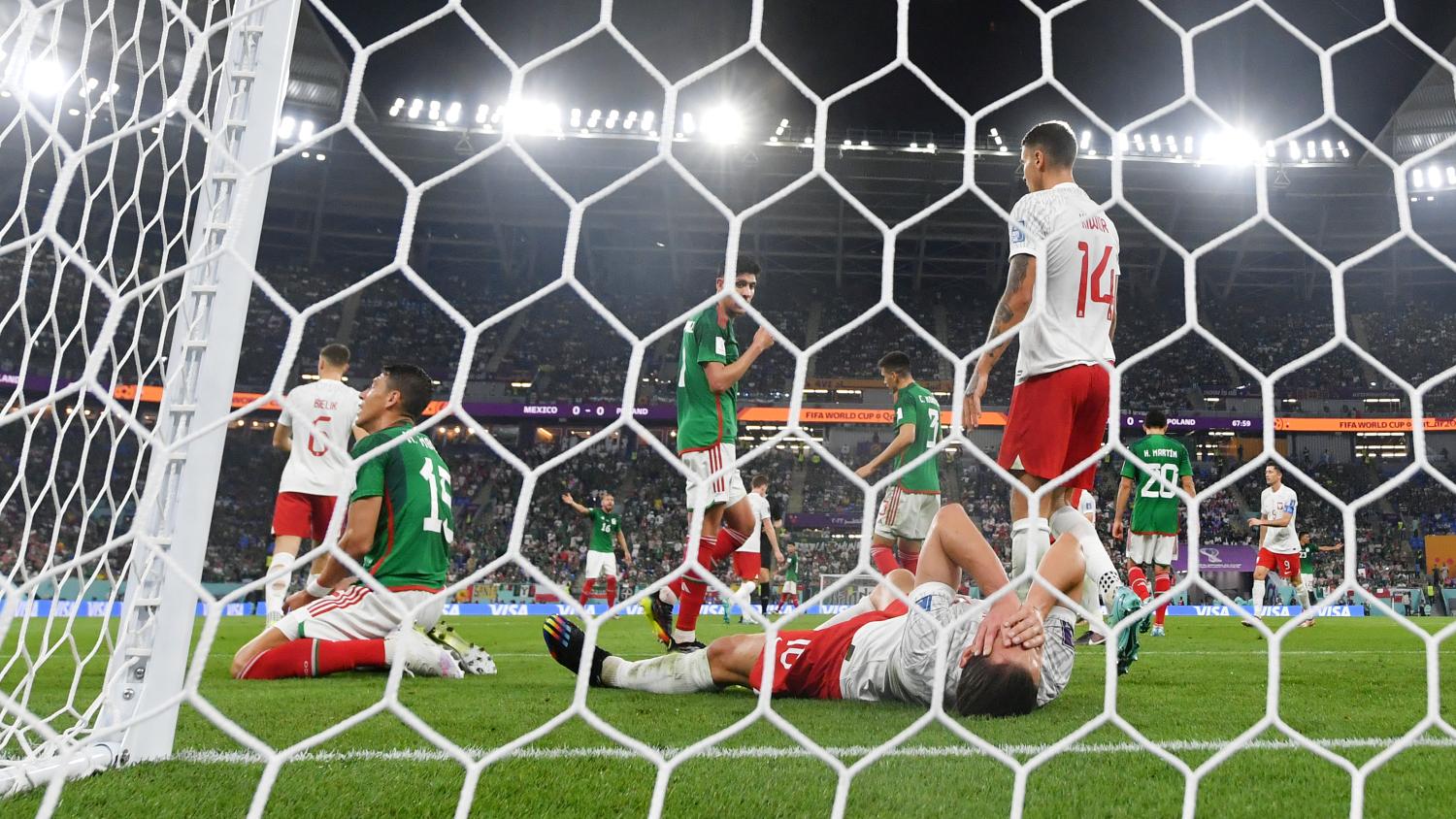 El Tri's happier after Ochoa's PK save, but there wasn't much else to cheer about.
Getty Images

In recent times, very few international sides have disappointed their countrymen more consistently than Mexico and Poland, but when Saudi Arabia began Tuesday's World Cup Group C play with a shock 2-1 upset of Argentina, both nations were granted the opportunity to put one foot inside the last-16 by coming away with three points. All would be forgiven.

So of course it ended 0-0 with Mexico now having to play the wounded animal that is Argentina on Saturday while Poland takes on Group C leaders Saudi Arabia.

The frustration Mexico has with its national side largely stems from the ongoing failure to reach "el quinto partido," so every El Tri team is constantly measured against the potentiality of reaching the quarterfinals as one of the world's eight best teams.

Heading to Qatar, this Mexico squad wasn't receiving much hype or plaudits from back home because the previous two years had seen fans grow frustrated with manager Gerardo Martino's approach. It cost Mexico the Nations League, Gold Cup and resulted in a meager return of just 17 goals scored in 14 qualifying games.

The frustration with Poland is borne out of back-to-back fourth-place group stage finishes at major tournaments (2018 World Cup, Euro 2020) despite having a collection of players — Robert Lewandowski, Wojciech Szczęsny, Piotr Zieliński, Arkadiusz Milik — that would make the first XIs of countries across the planet.

Lewandowski had a good European Championship, but he continues to live a cursed existence on the world's biggest stage. The Barcelona striker, on his fourth World Cup appearance, had a perfect chance at breaking his duck from the spot, but this is Poland (and Memo Ochoa) at World Cups.

Incredibly, Saudi Arabia could be booking its place in the last-16 this weekend with a win over misfiring Poland. In the other match, just thinking about the drama and pressure of Argentina-Mexico is already debilitating.