Mexico is out of the World Cup, but at least they scored a goal of the tournament contender 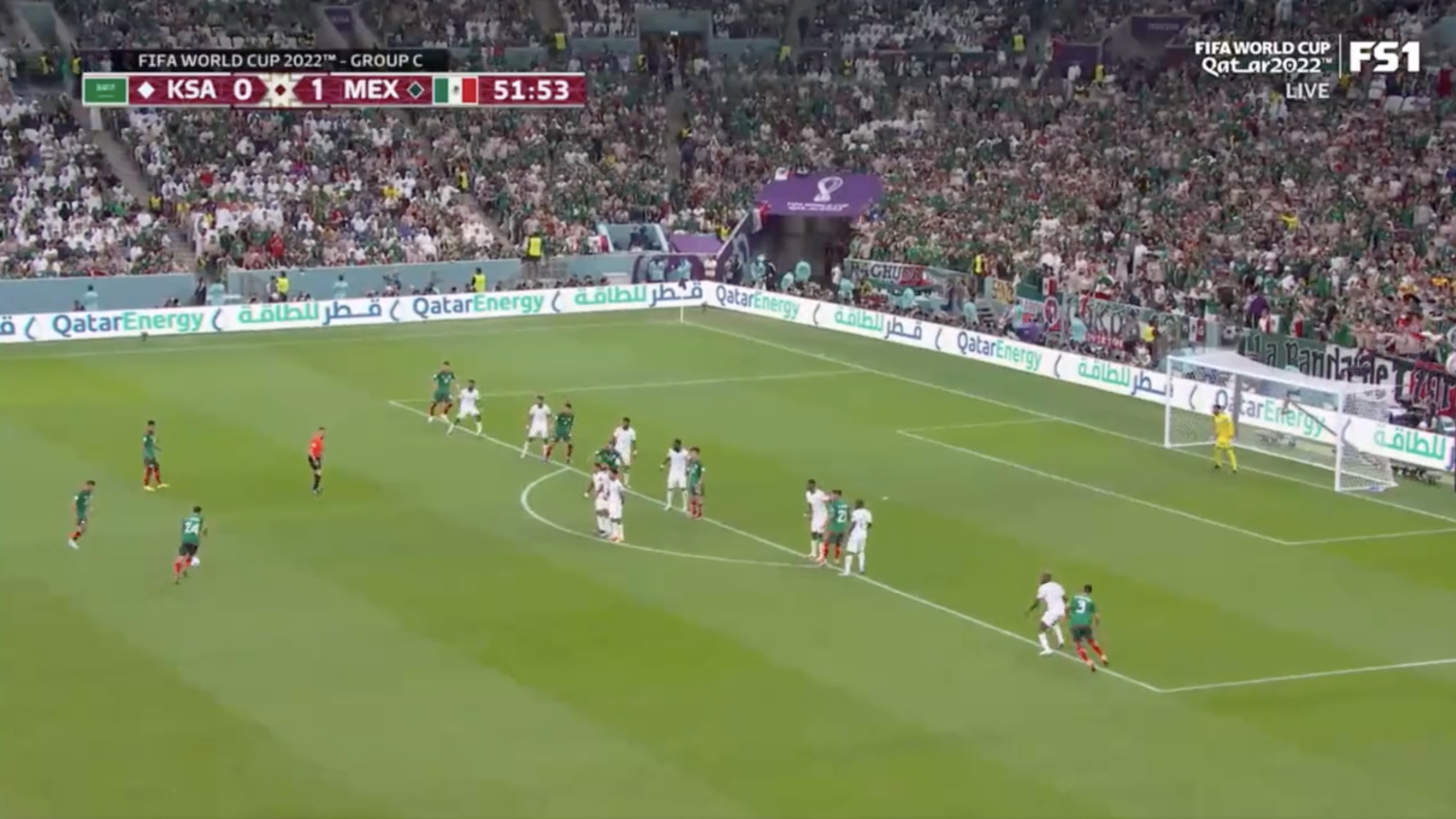 After advancing from the group stage in seven-straight World Cups, Mexico crashed out of Group C on Wednesday. El Tri defeated Saudi Arabia 2-1, tied Poland on points but fell one short on goal difference in heartbreaking fashion.

Mexico and Tata Martino didn’t deserve to advance from the group after a single point from the first two games and no goals scored. After 225 minutes of failure, EL Tri nearly turned it all around in the final 45 minutes of their World Cup.

The momentum felt as if Mexico was going to find a miraculous way to advance. A perfect Luis Chávez free kick goal vs. Saudi Arabia in the 52nd minute to make it 2-0 looked to be the sign of said miracle.

The 26-year-old only made his debut with the Mexico national team in April 2022. In his 12th appearance for Mexico, he scored his first goal. It was a beauty.

Chávez sent Lusail Stadium wild when he scored a sensational free kick from 33 yards away.

WHAT A STRIKE BY LUIS CHAVEZ pic.twitter.com/MY26lftFxj

Through 40 games there have only been three goals scored directly from a free kick. Morocco’s Abdelhamid Sabiri scored the first one against Belgium on Sunday slipping the ball by Thibaut Courtois. FIFA technically awarded the goal to Romain Saïss, but even he requested that the goal should be given to Sabiri. Therefore we're counting this one.

Marcus Rashford scored the second free kick goal of the tournament against Wales on Tuesday.

WHAT A GOAL BY RASHFORD pic.twitter.com/ijnC34W4ub

So far Chávez has the best of the lot and arguably one of the best goals of the tournament. Whether his free kick goal is better than Richarlison's scissor kick is up for debate.

Mexico may be out, but they gave us a finish and free kick goal we’ll never forget.

Argentina advances to play Australia in the Round of 16 while Poland will have to face the defending champions France.