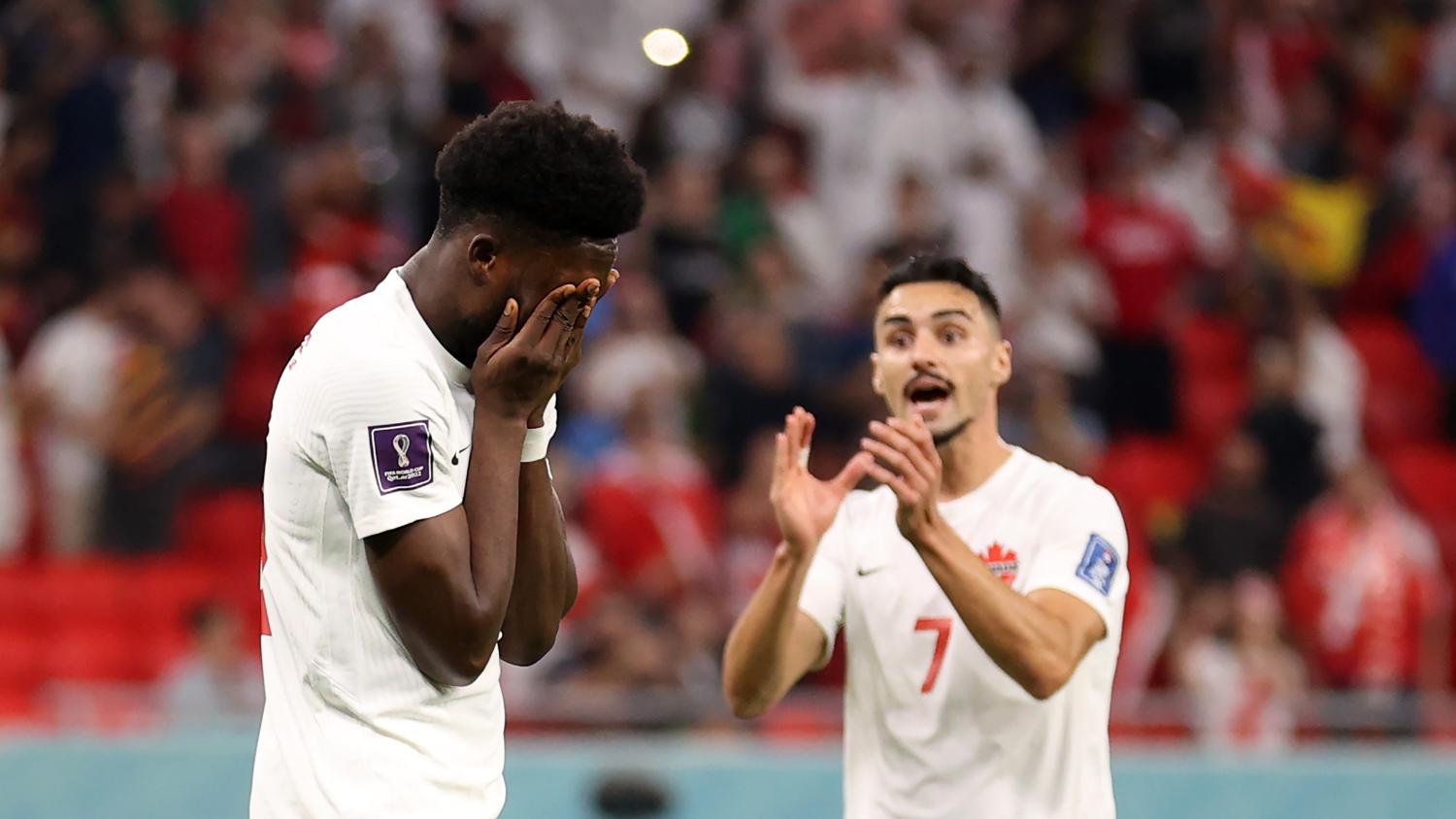 Alphonso Davies will want this one back.
Getty Images

Oh, what could have been for Canada’s golden boy? Just 10 minutes into his side’s opening match, Alphonso Davies had the opportunity to score Canada’s first goal at the men’s World Cup. Fate would not be on his side, however, as Belgian goalkeeper Thibaut Courtois saved his tame effort to keep the match scoreless.

Canada’s first men’s World Cup appearance since 1986 and second ever, began as well as it could have with sustained possession and several promising attacks. The issue quickly became the end product, for John Herdman’s side, but the breakthrough seemed inevitable.

Their chance finally came in the eighth minute when Canada was awarded a penalty for a handball in the box. The ensuing kick seemed a formality. A world-class talent, on the world’s biggest stage, destined to score his country’s first goal at the men’s tournament.

MASSIVE SAVE BY COURTOIS pic.twitter.com/EU29yzdbux

Davies, a star at Bayern Munich, stepped up, picked his spot, and was equaled by Courtois whose save sent the ball back at the fumbling phenom. In the rush, Davies took a poor first touch and was unable to connect on the follow-up as Belgium cleared the threat and lived to fight another day.

Roberto Martinez's side capitalized just before halftime thanks to a tidy finish from Michy Batshuayi. Despite Canada's tremendous attacking pressure, The Fenerbahçe striker's volley proved to be the difference as the Belgians hung onto their slim lead to walk out 1-0 winners. Davies will no doubt have difficulty sleeping after that one.