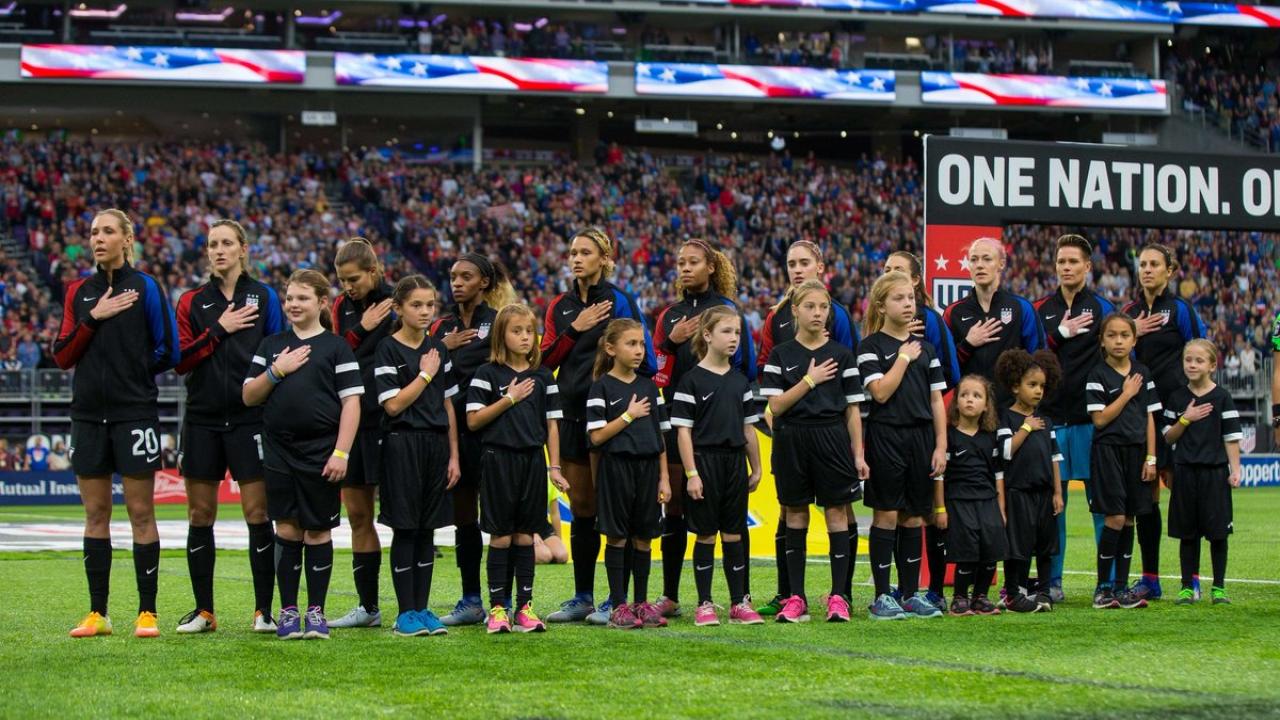 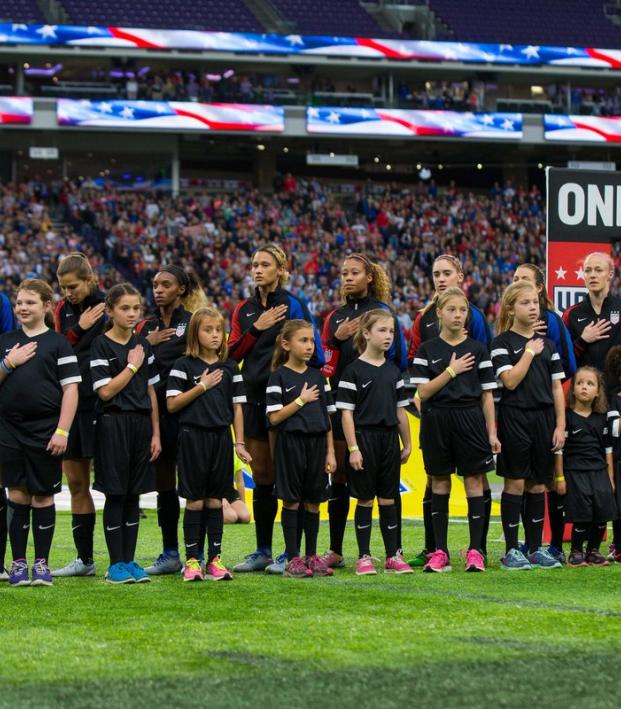 Will Donald Trump's Presidency Impact The Future of Women's Soccer?

If Hillary Clinton was elected president, we all know she would have helped America move closer to women’s rights and equality. But Donald Trump won the election instead. So, what does this mean for women’s soccer? Will Trump continue to insult and treat women poorly? Will his presidency create a bigger gap between the two genders? Will we move further away from equal pay? It hasn’t even been 48 hours and we already have so many questions…

It’s been a long, ongoing conversation but things have still yet to change. Hillary Clinton was one of the many celebrities to join the U.S. Women’s National Team in their fight against wage discrimination. Carli Lloyd, Alex Morgan, Hope Solo, Megan Rapinoe and Becky Sauerbrunn previously filed a federal complaint to the Equal Employment Opportunity Commission, and Clinton instantly supported the women’s team and responded via Twitter.

Wouldn’t want to face these women on the field or in the courtroom. Every woman deserves equal pay. https://t.co/RBuAFtgpDS

In July, The Pew Research Center revealed that women earn, on average, only 83 cents for every dollar earned by a white man, and for colored women, the gap is even bigger. Throughout this campaign, Trump has paid little attention to the conversation around equal pay for equal work.

Even though it is not his main concern, his daughter has commented on the subject: “As President, my father will change the labor laws that were put into place at a time when women were not a significant portion of the workforce,” Ivanka Trump said at the Republican Convention.

When asked about equal pay, Trump stated, “You’re gonna make the same if you do a good job. When you have to categorize men and women into a particular group and a particular pay scale, it gets very—because people do different jobs. It’s very hard to say what is the same job. It’s a very, very tricky question.”

“Last night was pretty hard,” USWNT coach Jill Ellis commented on Trump’s election win. Ellis might not have had much to say but midfielder Megan Rapinoe did. She revealed, “It’s upsetting, obviously. To know that 50,000,000 people in this country felt that it was okay to elect that kind of person, with the things that he said and the way that he treated people throughout the whole election, is upsetting.”

Rapinoe concluded by saying, “Hopefully [Trump’s presidency is] only four years. We have to fight against that. Everybody needs to look themselves in the mirror and figure out why this happened and make sure it doesn’t happen again.”

Rapinoe’s teammate Alex Morgan also voiced her opinion. “I thought Hillary was going to win. I know that so many of my friends and family and people that I look up to [were] in support of Hillary. But, at the same time, we have to accept what most of the nation has voted for, and that’s to elect Donald Trump.”

USWNT players only get paid $1,300 if they win a match whereas each player on the USMNT receives around $17,000 per game. The men’s team continues to make more money compared to the women’s team even though the USWNT has had more overall success. The USWNT won a total of three World Cups and four gold medals. The USMNT players are given $5,000 for losing a game, while the USWNT gets nothing. The USWNT is just fighting for what is right.

It's still too early to know what changes Trump will make and if his presidency will impact the future of women’s soccer. We continue to watch women fight for equal rights, and we hope to see equal pay and gender equality made a reality in the coming years.