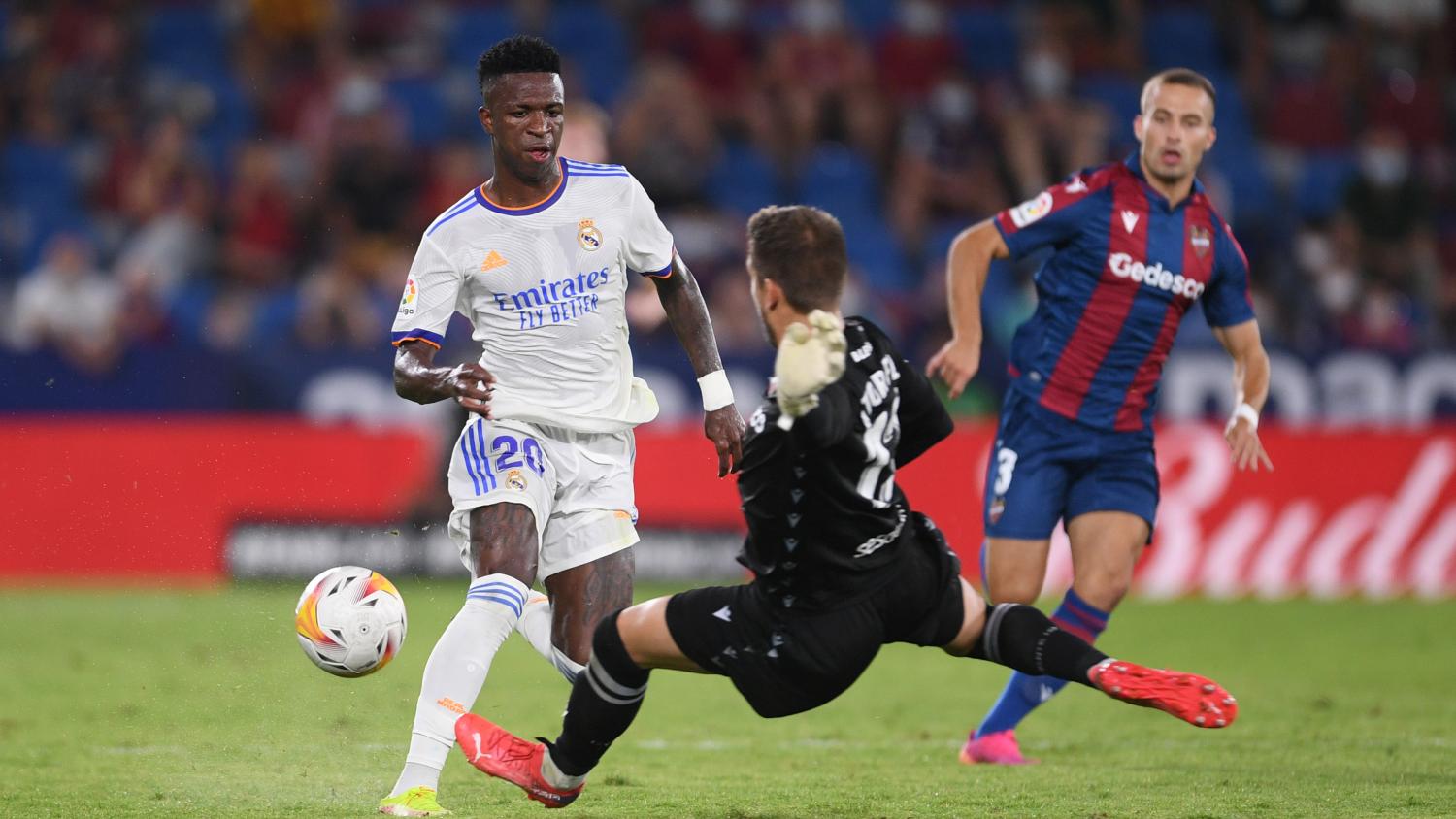 The goals aren’t exactly flying in around Spain.
Getty Images

MADRID - It might be a new season, but the same old Atlético Madrid are in town. Meanwhile, is Vinícius Júnior finally ready to flourish? And does Manuel Pellegrini have a point about the entertainment value of the league?

Here are the talking points from the weekend's action in LaLiga.

Atlético Madrid might not be the most entertaining side in the world to watch, but it cannot be said their brand of football is not effective. They dogged their way to the league title last season and if the opening two weekends of this are anything to go by, it will be a similar tale this campaign for Diego Simeone's side.

Ángel Correa's first half strike was enough for the Rojiblancos, who coughed up a number of chances, as well as 59% of possession to visitors Elche at the Wanda Metropolitano on Sunday. As the saying goes: "If it isn't broke..."

Keeper goes rogue and Angel Correa finds the back of the net pic.twitter.com/CNTDq7cKCl

Vinícius ready for lift off?

With his double in Real's bonkers 3-3 draw with Levante, Brazilian forward Vinícius has already equalled his total of three LaLiga goals from last season. The first was a composed finish after running through on goal, while the second was an impish flick into the far corner, earning him rave reviews in the press and on social media.

One of the reasons Madrid struggled so much last season was that they relied far too heavily on Karim Benzema for their goals. If Vinícius can build on this and prove it is not another false dawn, then things bode well for Carlo Ancelotti's side moving forwards.

Does Pellegrini have a point?

Real's six-goal thriller with Levante aside, it was a second consecutive low-scoring weekend in LaLiga - leading to some harsh words from Betis coach Manuel Pellegrini about the league's entertainment value.

"We need to make an effort. Between referees, coaches, players, everyone, so that LaLiga isn't an embarrassment," he fumed after his side's 1-1 draw with Cádiz, before accusing the opposition of excessive time-wasting.

Indeed, across the opening weeks of Europe's top five leagues, LaLiga is the lowest scoring with an average of 2.05 goals per game - a long way off Serie A's 3.87.