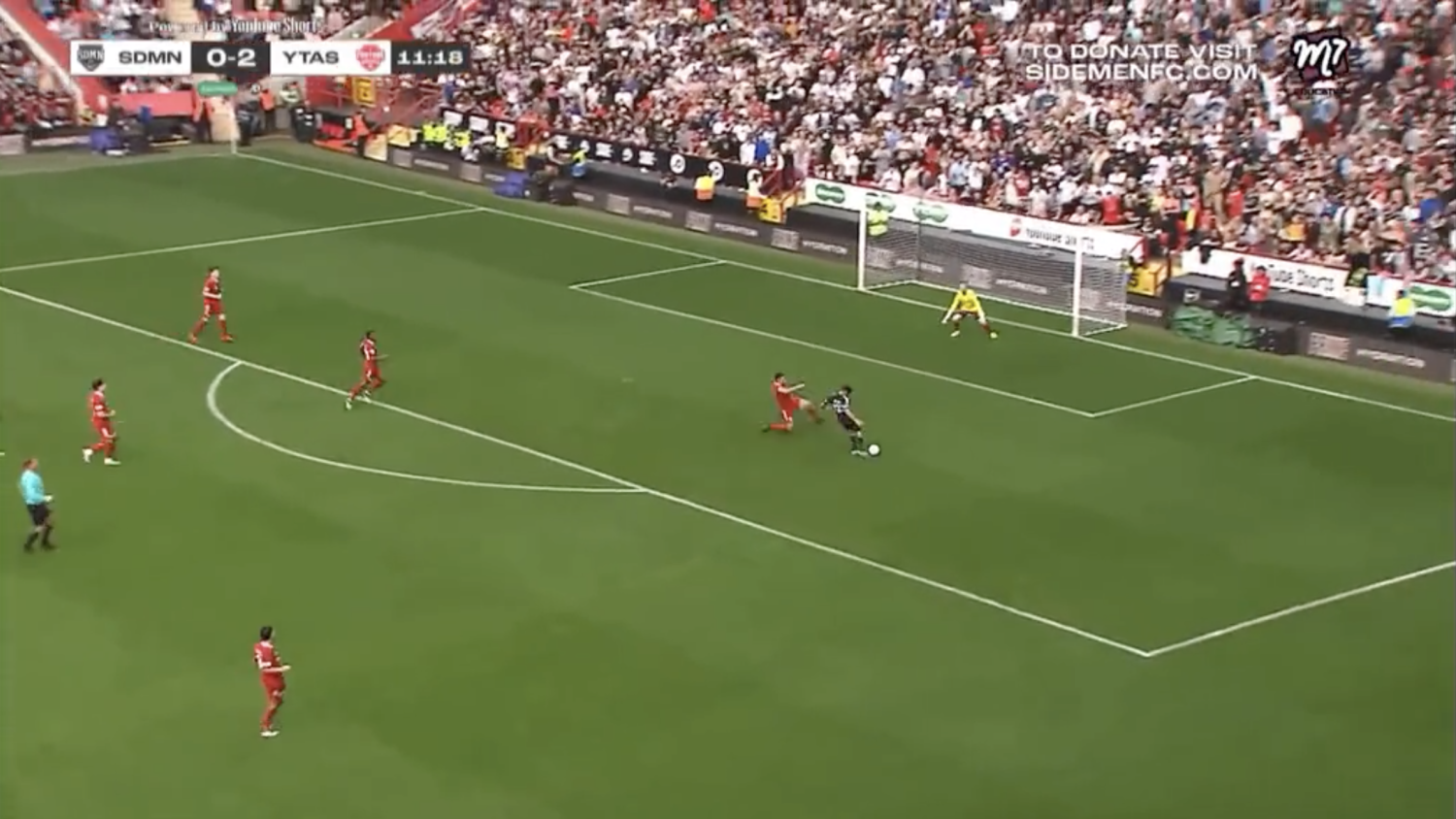 Chalk Vikkstar123 scoring from open play under things we didn’t expect to see at the Sidemen Charity Match.
@ZeN_Gaming_RL | Twitter

Vikkstar123 set the internet ablaze with a wonderful finish past Cal the Dragon to set the stage for a phenomenal Sidemen Charity Match that saw Sidemen FC defeat the YouTube All Stars 8-7.

After falling behind early, Sidemen FC pulled themselves back into the match in spectacular fashion. While holding possession at the top of the box, Miniminter managed to find Vik in acres of space, flying into the box.

Vikkstar scoring off of a 0.32 xG chance you'd be forgiven for missing.

It's the xGOT (Expected Goals on Target) value of 0.89 that really illustrates the quality of the finish — placed beautifully, right in the corner.

A perfectly weighted ball allowed Vik to control the pass and pick his spot in the opposite corner with the composure of a Premier League striker, past a helpless Cal the Dragon. As the ball crept into the corner, the stadium erupted and even opposition defender Yung Filly recognized the weight of the moment he was witnessing.

On the shoulders of his mates, Vik could be seen grinning from ear to ear, in what easily will go down as one of the best stories from today’s brilliant Sidemen Charity Match.