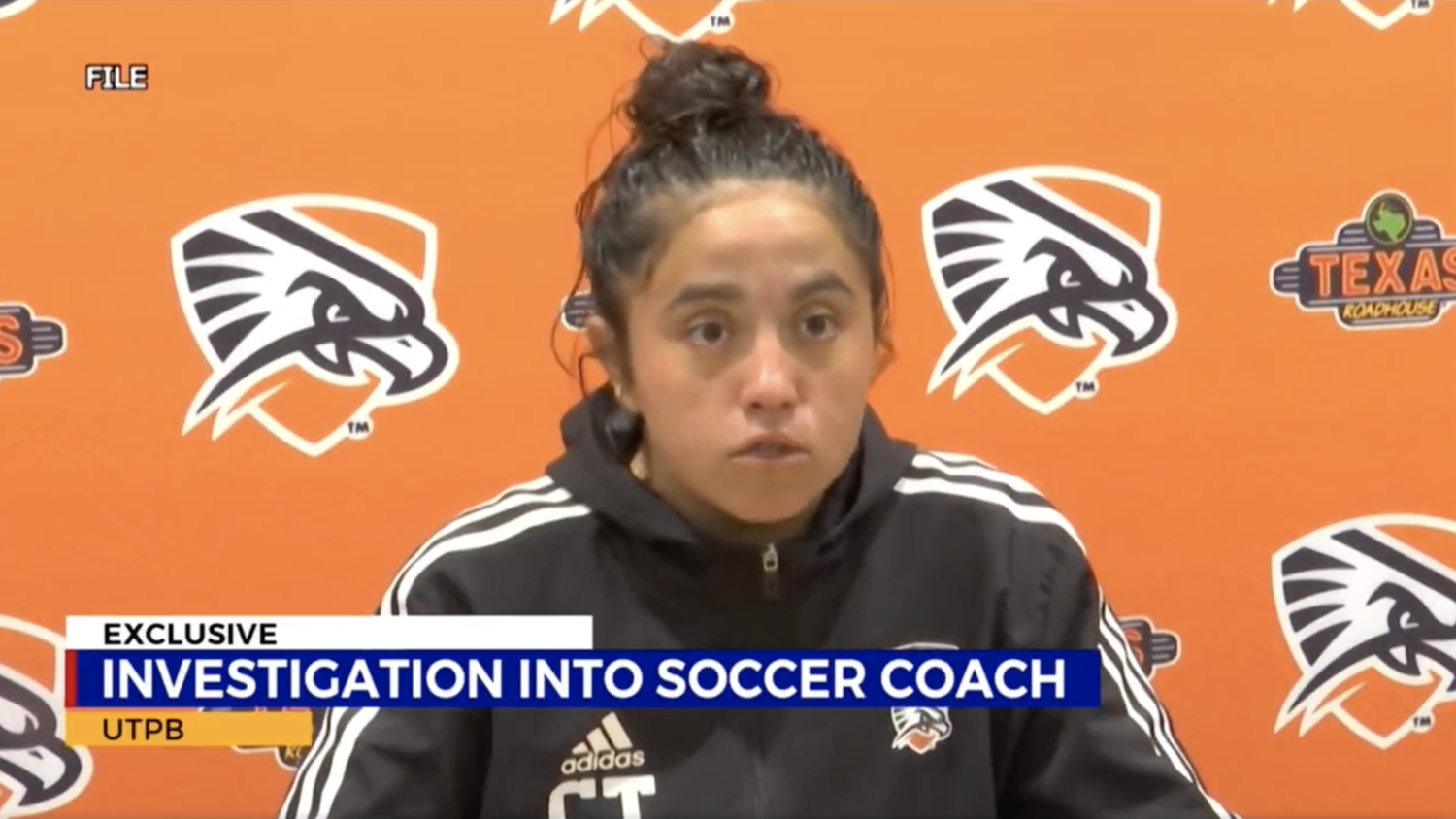 The women’s soccer head coach of the University of Texas Permian Basin, Carla Tejas, is on paid administrative leave while an investigation goes on after an anonymous group of players sent out an email full of accusations. Some of the allegations against the UTPB soccer coach include her asking players to pay her bail, kissing members of the men’s soccer team, encouraging her players to injure opponents and more.

Tejas, 28, ironically has featured on a podcast about building team culture.

"Without culture you might win some games but there's no way you can win championships.”

Kayler Smith, the sports director for ABC Big 2 Sports, might have broken one of the most insane college soccer coaching stories. The more you read about this Tejas story the crazier it gets.

The incident has also gained lots of attention after a TikTok summarizing the story got over one million views. The TikTok described Tejas running the team similar to the fictional college football team "Blue Mountain State."

The anonymous group of players put together a 1,154-word letter to the NCAA, Lone Star Conference and UTPB officials outlining the allegations. Here are all the allegations listed.

Tejas is in her first season with UTPB after arriving from Louisiana Christian College. Former players of Tejas have started to speak out saying that her coaching nearly drove them to commit suicide with one attempting to take their own life.

WATCH: Former players speak out about UTPB women's soccer coach Carla Tejas amid allegations from current players. They say she drove them to the point of wanting to take their own lives. #NCAA #CarlaTejas pic.twitter.com/yG01HgbT7l

One parent of a player who played for Tejas in the past claimed they emailed UTPB athletic director Todd Dooley warning him of the coach’s antics. The email said that Tejas was put on administrative leave at her last coaching gig in Louisiana for inappropriate comments to some of the girls.

“She intimidates them and threatens them if they don’t do exactly as she wants, they will not play, even if they are one of the best players on the team and works hard, she only plays her favorites, which in my opinion are girls from other countries and are on scholarships,” the parent said in the email.

While the investigation is underway there are rumors that the university could still defend Tejas. Athletic director Dooley had no comment on the matter.

BREAKING: AD Todd Dooley speaks on the Coach Tejas investigation, saying they have no comment and they fully support the students.

The anonymous players say Dooley's wife last night told the team in a meeting that they have Coach Tejas' back. pic.twitter.com/6oOLA6M9fk