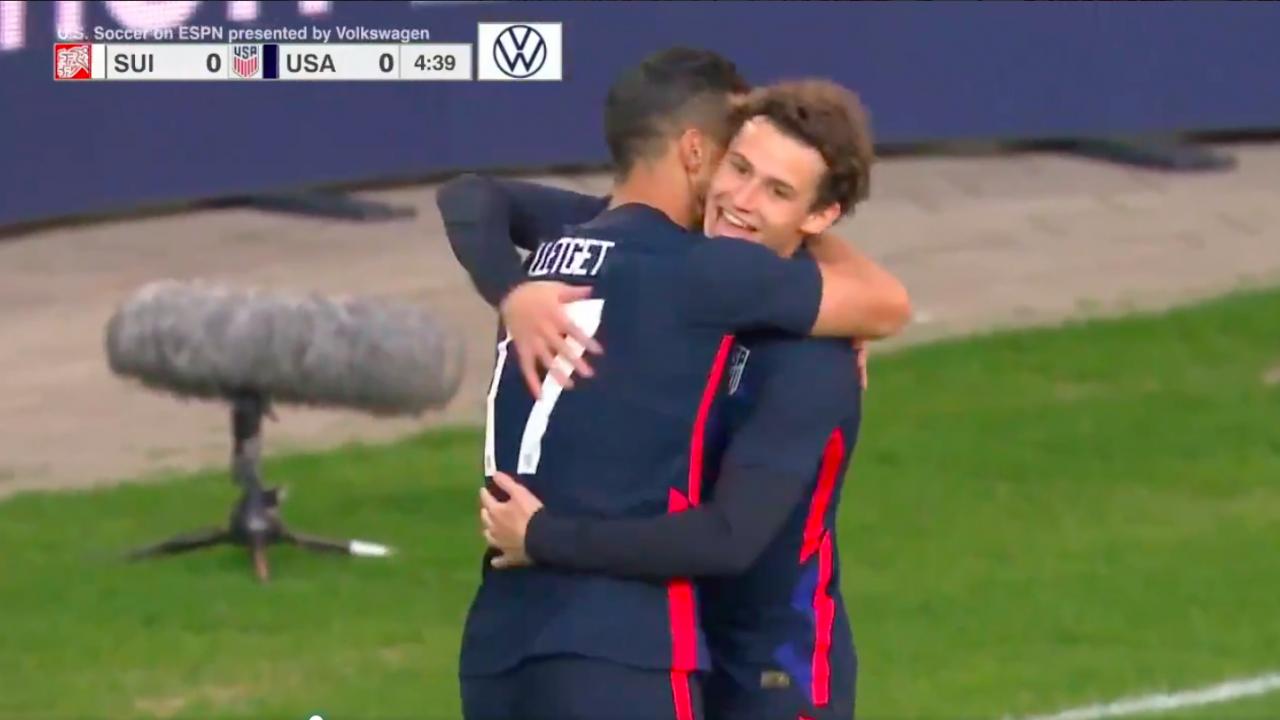 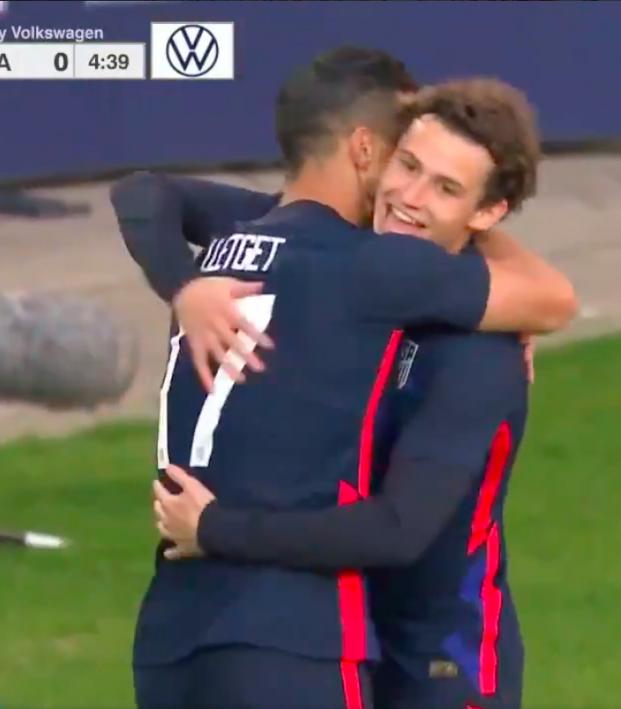 Connor Fleming May 30, 2021
But maybe we need to find a new position for Sergiño Dest.

It was only a friendly between the USMNT and Switzerland at Kybunpark in St. Gallen on Sunday evening, but the immediate implications were huge for both nations.

For the Swiss, this served as the penultimate friendly before kicking off European Championship group play alongside Italy, Turkey and Wales. Expectations are growing for the world’s 13th-ranked nation, and captain Granit Xhaka only added fuel to the fire by saying that anything less than an appearance in the final should be considered a failure.

Xhaka was in the starting 11 here along with the big names of Xherdan Shaqiri, Haris Seferović, Yann Sommer, Ricardo Rodríguez and Fabian Schär.

For the U.S., this was the final tuneup before the Nations League Finals in Denver, Colorado, and it was exciting to see this collection of 2020-21 club trophy winners (Sergiño Dest, Weston McKennie, Gio Reyna, etc.) assemble in Europe.

After a 1-1 first half that was largely controlled by the U.S. despite Rodríguez cancelling out Sebastian Lletget’s early goal, things drifted for Gregg Berhalter’s side in the second 45 as Steven Zuber’s 63rd-minute goal proved a deserved winner for Switzerland.

We learn from tonight and improve on Thursday vs. .

Let’s take a look at how the U.S. players fared.

There was nothing he could do about the opener after a nasty deflection off Reggie Cannon’s heel, and he was horribly let down by his defenders on the second. Other than that, he pulled off two huge saves on Breel Embolo to keep things close and guessed the right direction on the penalty kick that Rodríguez dragged wide.

His distribution was typically short to either Brooks or McKenzie, but he looked composed on the ball (pulling off one Cruyff Turn) and his long-range passing was decent.

Going forward, Dest provided the saucy flicks, turns and passes that aren’t just for show: he delivered a great cross on a Sargent header and had one foray into the box (step-overs included) that produced a fine save from Yann Sommer.

Defensively, we should burn every recording of this game. It’s clear that Dest is being asked to get forward and make things happen, but Switzerland’s first goal originated down Dest’s wing with the Barça man nowhere to be found. He then committed the handball that Switzerland couldn’t capitalize on from the spot, and then the second half somehow got even worse.

Both Embolo efforts were generated on that abandoned left flank, and then Steven Zuber’s game-winning goal came courtesy of some comedic defending from Dest.

Wasn’t as imposing in one vs. one situations as we’ve seen — especially when sucked out to defend that left flank — and his distribution from the back had it’s moments but was somewhat erratic.

Not asked to thread the lines with his passing, McKenzie dutifully went about his defensive responsibilities with a sharpness and cleanliness that never wavered. Made a couple good steps and provided sound defensive cover.

The deflection for Switzerland’s opening goal was rough, but he otherwise was sound defensively and delivered a beautiful cross in the 35th minute for Sargent.

An all-action display from the LA Galaxy midfielder with his goal, another shot that stung the palms of Sommer and one that hit the side-netting. His set piece delivery was solid, he played a couple dangerous balls across the face of goal and he accomplished all this while also being the man that had to charge back and cover for Dest.

He did an excellent job shielding his back four and giving Switzerland zero joy in the middle of the park. Remember Shaqiri’s performance from the attacking midfield position? The Liverpool man was hooked at halftime without getting a sniff of the ball.

However, Yueill wasn’t able to carry it forward or to provide any passes that split the Swiss lines.

His work rate and commitment to ball recovery was typical McKennie, but he wasn’t able to make any difference going forward until picking out Tim Weah with a nice feed in the 82nd minute. He later took on the role of being where Dest refused to be defensively.

Won a few fouls with his back to goal and gets credit for the assist on Lletget’s opener although he was just trying to control it. He had one great turn and shot that forced a save from Sommer, but Aaronson also lost possession cheaply a few times.

Did a good job at leading the press and forced Sommer into a couple difficult situations, but he wasn’t able to find much joy with his back to goal and wasn’t very sharp in the instances when he could turn and run at defenders. Probably could’ve done better with one headed attempt.

Was a joy to watch in possession throughout the opening 45 and kept things moving smoothly in the attacking third. He delivered a great ball into the box for the U.S. opener (with Xhaka basically begging him to do as much) and struck the base of the post with an effort from the top of the area.