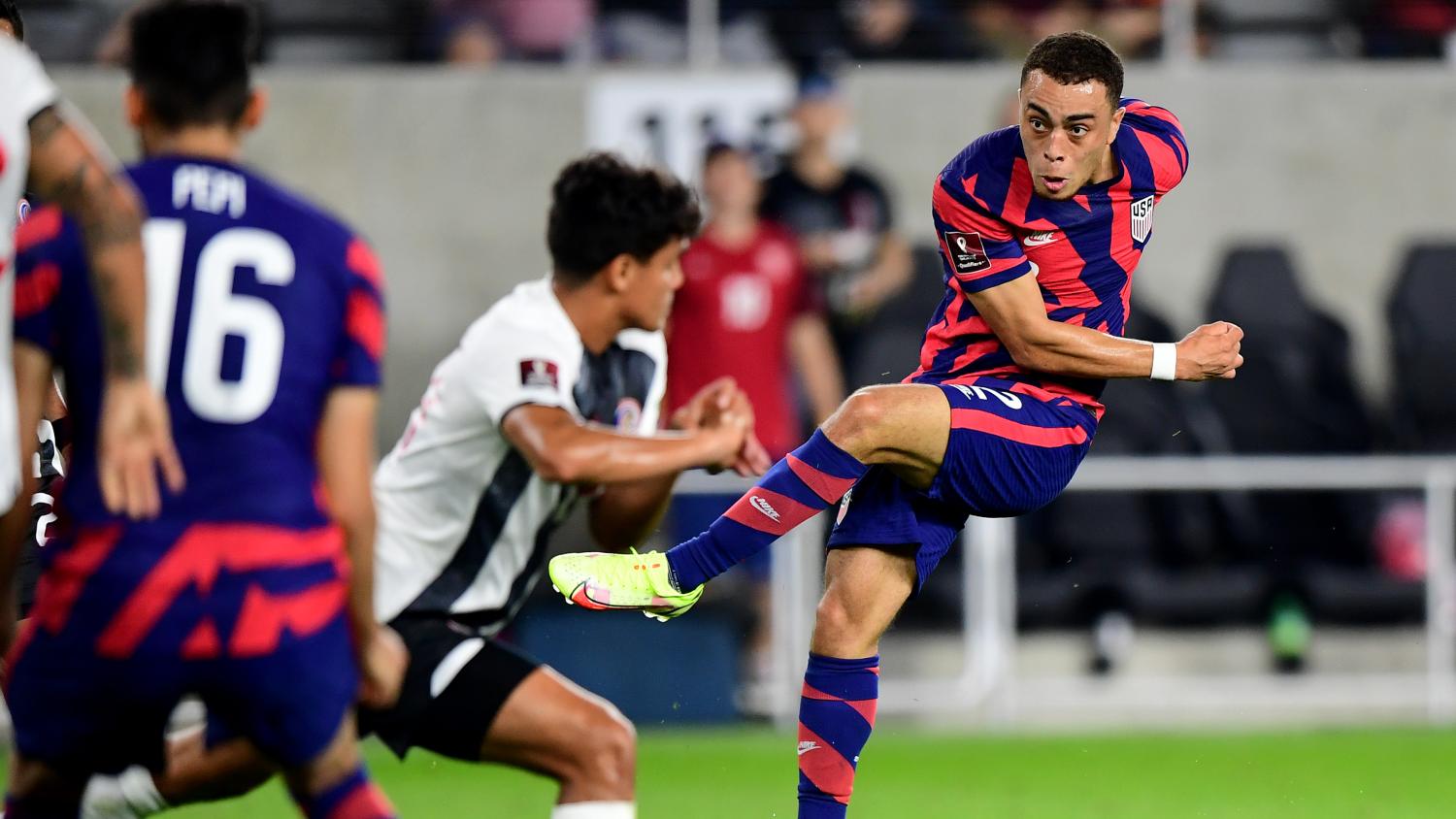 The USMNT got its World Cup qualifying campaign back on the right track, baby, yeah, by defeating Costa Rica 2-1 in Columbus, Ohio, on Wednesday night. Block every voice that tells you this isn’t something worth celebrating because after going down 1-0 to a strange goal early, the U.S. produced the sort of performance that makes this grind of qualifying more than worth your time.

That shit was stirring — and yeah, it did look like shit at times — but watching this historically young side mature before your eyes gives you a better appreciation of everything, especially when they battle back against what I’d venture to say is the most experienced international side on the planet right now.

Like every old man is wont to do, Costa Rica matched the strength of its opponent in the USMNT after previously playing down to Jamaica and Honduras. This is a Costa Rica squad that’s looked way past its expiration date since the Gold Cup, but the dream start was achieved inside one-minute after Zack Steffen’s Ederson impression allowed los Ticos to come right back at a disheveled U.S. backline.

The goal initially looked like the clearest example of goalkeeper obstruction you’ll ever see, but replays revealed that Sergiño Dest had played everyone onside.

You could literally hear Taylor Twellman start to construct his halftime rant (aside: it’s a bit rich listening to Twellman talk about scoring droughts if you’re old enough to remember his first 12 USMNT caps), but Dest saved us from that ESPN-flavored bullshit with a banana-shaped howitzer from 18 yards out.

SERGINO DEST WHAT A GOAL

However, 10 minutes after halftime, the U.S. invited disaster — fortunately, that disaster was 36-year-old legend Bryan Ruiz on the break. With 50 yards of nothing in front of him, Ruiz went 30 before Miles Robinson said “that’s enough, old man.”

What a recovery by Miles Robinson pic.twitter.com/CbIggaqXBs

10 minutes later, the U.S. took a 2-1 advantage after Tim Weah crashed a near-post effort off the post that deflected off keeper Leonel Moreira (a halftime replacement for the injured Keylor Navas) and into the net.

TIM WEAH GETS THE BOUNCE TO PUT THE USMNT UP 2-1 pic.twitter.com/9rzF6zztok

Costa Rica’s threat — like a Bryan Ruiz run from deep — was negligible from there, and a lot of credit has to go to both Tyler Adams and Weston McKennie for controlling the tempo towards the end.

But it’s ultimately a night for the 20-year-old Dest and 21-year-old Weah to bask in. You did your country proud.