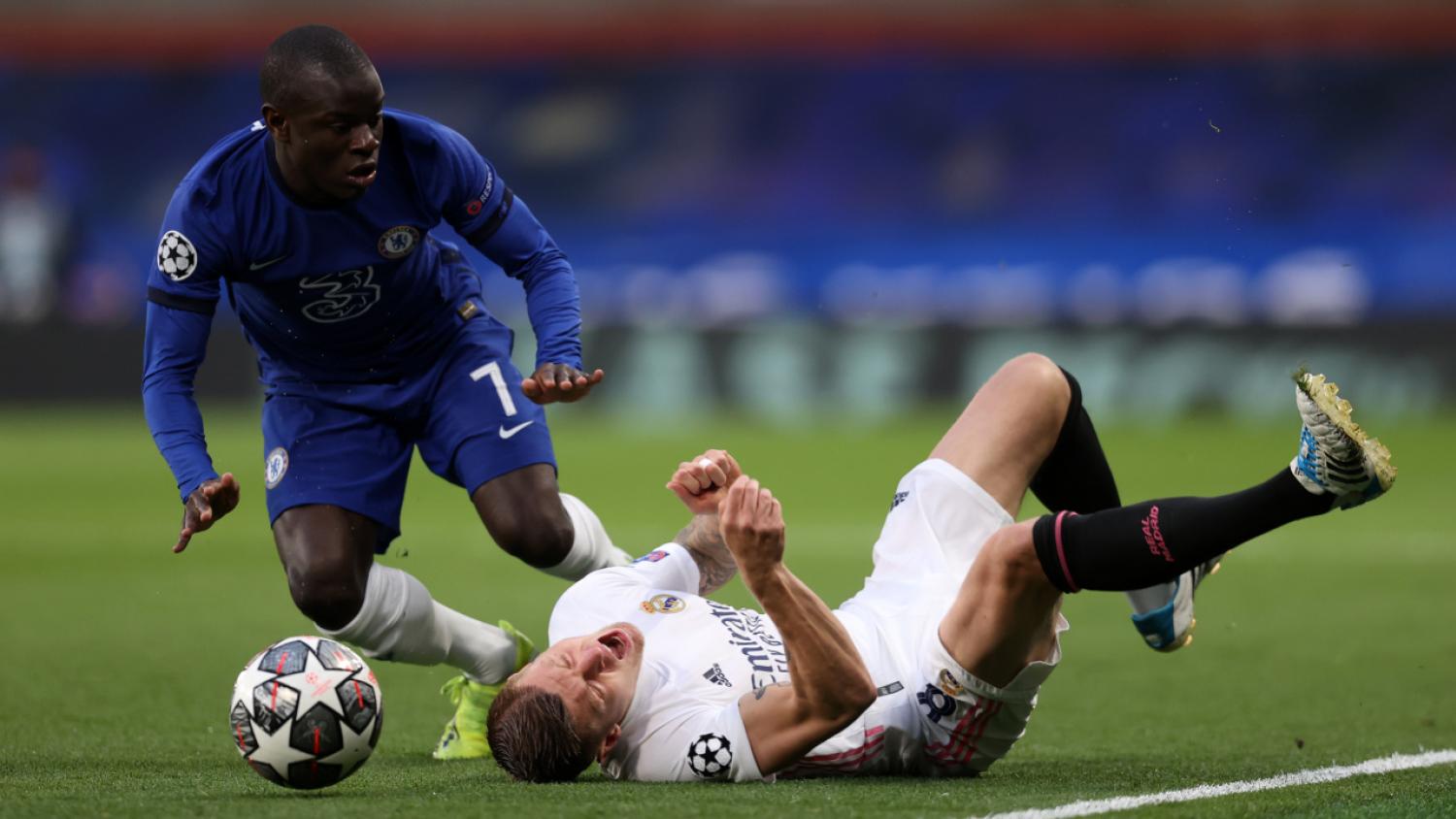 And then there were eight...
Getty Images

Hello and welcome to the business end of the campaign — it's time for our UEFA Champions League quarterfinal predictions 2022.

According to the latest odds, Real Madrid vs. Chelsea is up in the air, but Liverpool is a massive favorite to eliminate Benfica, Bayern Munich should have no trouble with Villarreal and even Atlético is facing mission impossible against Manchester City.

Don't be so quick to jump to conclusions. You only have to go as far back as the 2019-20 tournament — when Lyon bounced City and Leipzig toppled Atlético in the quarters — to confirm that if a team's made it this far, then they can play with anyone.

Reason: It was nervy for Liverpool getting past Inter Milan, but Benfica won't provide nearly as stern a test.

Reason: Benfica has shown they are pretty good at parking the bus against more talented squads, but Mo Salah (and Luis Díaz, too) needs to unload the frustration of being out of the World Cup on someone. And that someone will be the Portuguese team.

Reason: England will go crazy over Darwin Núñez and a potential summer move to the Premier League after he shines in the first leg, but Benfica's defense isn't strong enough to withstand the pull of Anfield.

Reason: I just don't see Liverpool blowing this one.

Reason: At times, Manchester City can look unstoppable. At others, Pep Guardiola overthinks things and ruins it all. City will be superior but will need a shootout to advance.

Reason: It's gonna be tough and ugly. Simeone will make Guardiola sweat, but this is Pep's year, and he will find a way to go through this wall.

Reason: Simeone's pragmatic approach and Guardiola's need for control will make this a slow burn for the ages.

Reason: Man City will be looking to bounce back in Europe after their pitiful 0-0 draw with Sporting last time out.

Reason: It was fun having Villarreal make it this far, but the Cinderella story ends here.

Reason: I know someone named Villarreal so shout out to him!

Reason: Bayern is the far better team, but Unai Emery knows how to frustrate more talented squads in knock-out competitions. Ultimately, the Bavarians will prevail, but it won't be easy.

Reason: The Yellow Submarine did a great job against Juventus, and I would love to see their small town celebrating the Champions League title, but I don't think they have enough to stop Robert Lewandowski.

Reason: Knocking out Juve was incredible, but the last round certainly looked like the limit for Villarreal. This is a step too far.

Reason: I can see Bayern really racking up some goals in this round.

Reason: This all hinges on Benzy boy being healthy because he's scoring two of Madrid's three.

Reason: Ignoring that deplorable showing against Barcelona on March 20, this is an impressive Real Madrid side when Karim Benzema is healthy. Chelsea is still a great team, but it hasn't clicked the way things did last year on the run to the title.

Reason: Chelsea already knows how to beat Real Madrid in the UCL (they did it in the 2020-21 semifinals), and they are going to do it again, even with the return of Karim Benzema. It's going to be tight, and in the end, all will come down to Edouard Mendy's role in penalty kicks. Or Kepa's.

Reason: Two sides that've been fostering an "us against the world!" mentality of late despite all the time they spend sucking on silver spoons. Real's too reliant on Benzema while the Blues can hurt you in a number of ways.

Reason: Sadly I see Chelsea making their exit during this round, and I think Real is out to redeem themselves against all opponents.