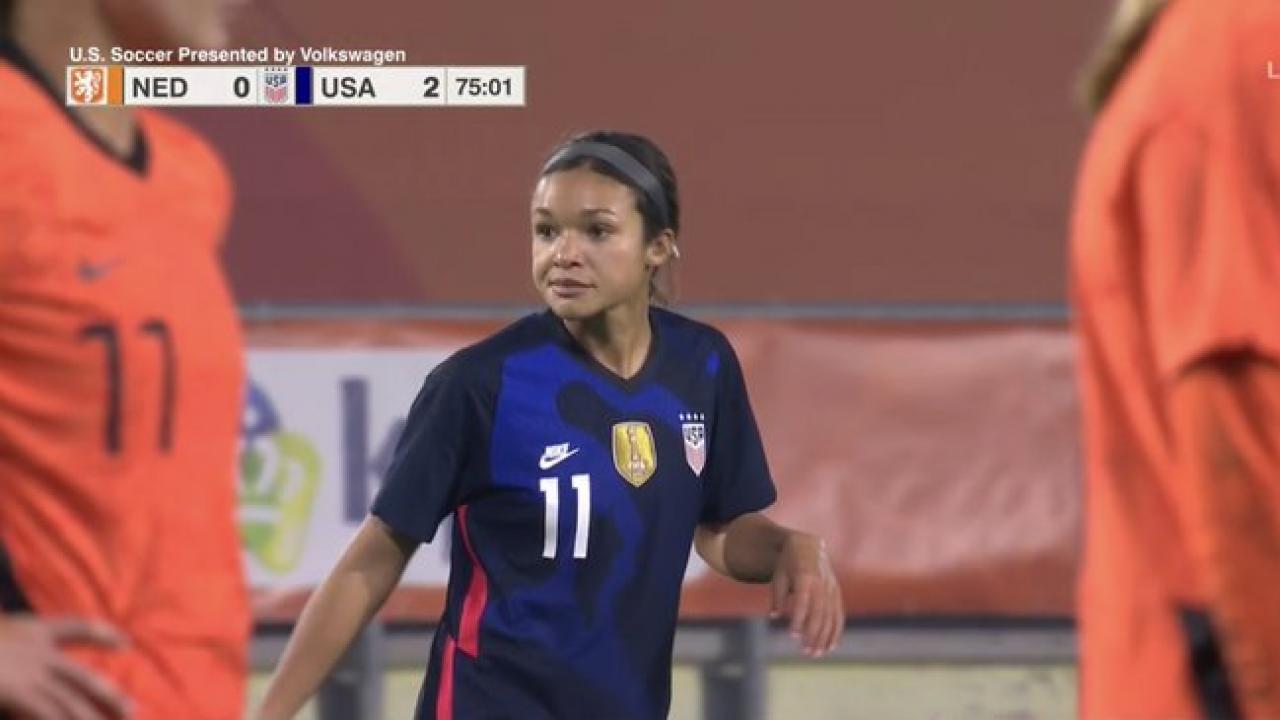 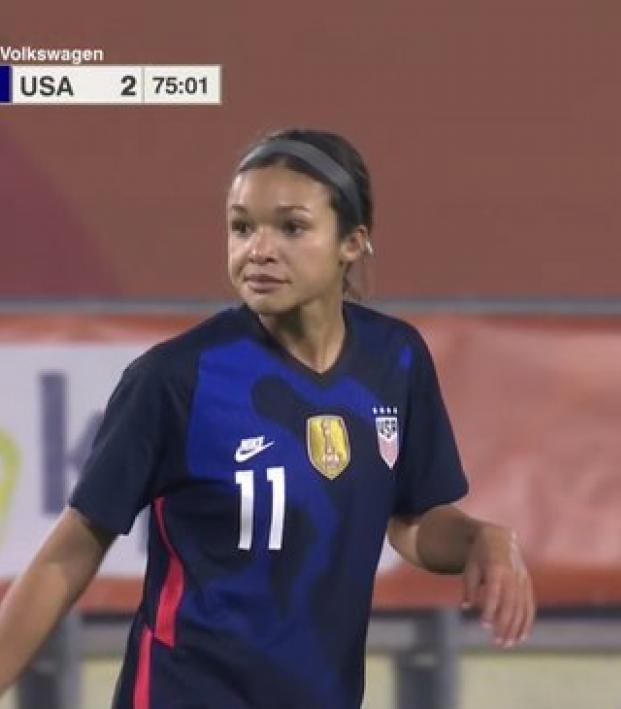 Younger generations are making their mark on the footballing world, and Sophia Smith is one of many that have the proven ability to make everyone around them feel old.

Smith graduated early from Stanford University after winning an NCAA Championship to pursue her dream of playing professionally in the NWSL. After being the No. 1 overall 2020 NWSL College Draft pick and scoring her first professional goal in her debut with the Portland Thorns, Smith has shown she's capable of playing at any level.

Smith was called up for the USWNT vs. Netherlands friendly this past weekend and got her first cap at the senior level — not to mention she also made USWNT history.

hahaha I love this https://t.co/osXdMbkr2j

Sophia Smith is the first player born in the 2000s to make an appearance for the full USWNT squad. If this doesn’t make you feel old, then I don’t know what will.

At just 20 years of age, Smith has been the talk of the women’s world as she's the future of U.S. soccer. She's showing younger aspiring female ballers that no matter what year you're born, you can compete at the highest level if you want it bad enough. Smith has a bright future and has definitely been successful so far. Who knows, maybe she'll even find herself on the U.S. roster for next summer's Olympics.

Sophia Smith makes her @USWNT debut, becoming the first player born in the 2000s to earn a #USWNT cap.

Congratulations @sophsssmith, we’re so proud of you! pic.twitter.com/Jwy4bLxzsJ

All this draft talk has us thinking about our last #1 overall pick @sophsssmith | @ThornsFC pic.twitter.com/nFnXx4n9gk