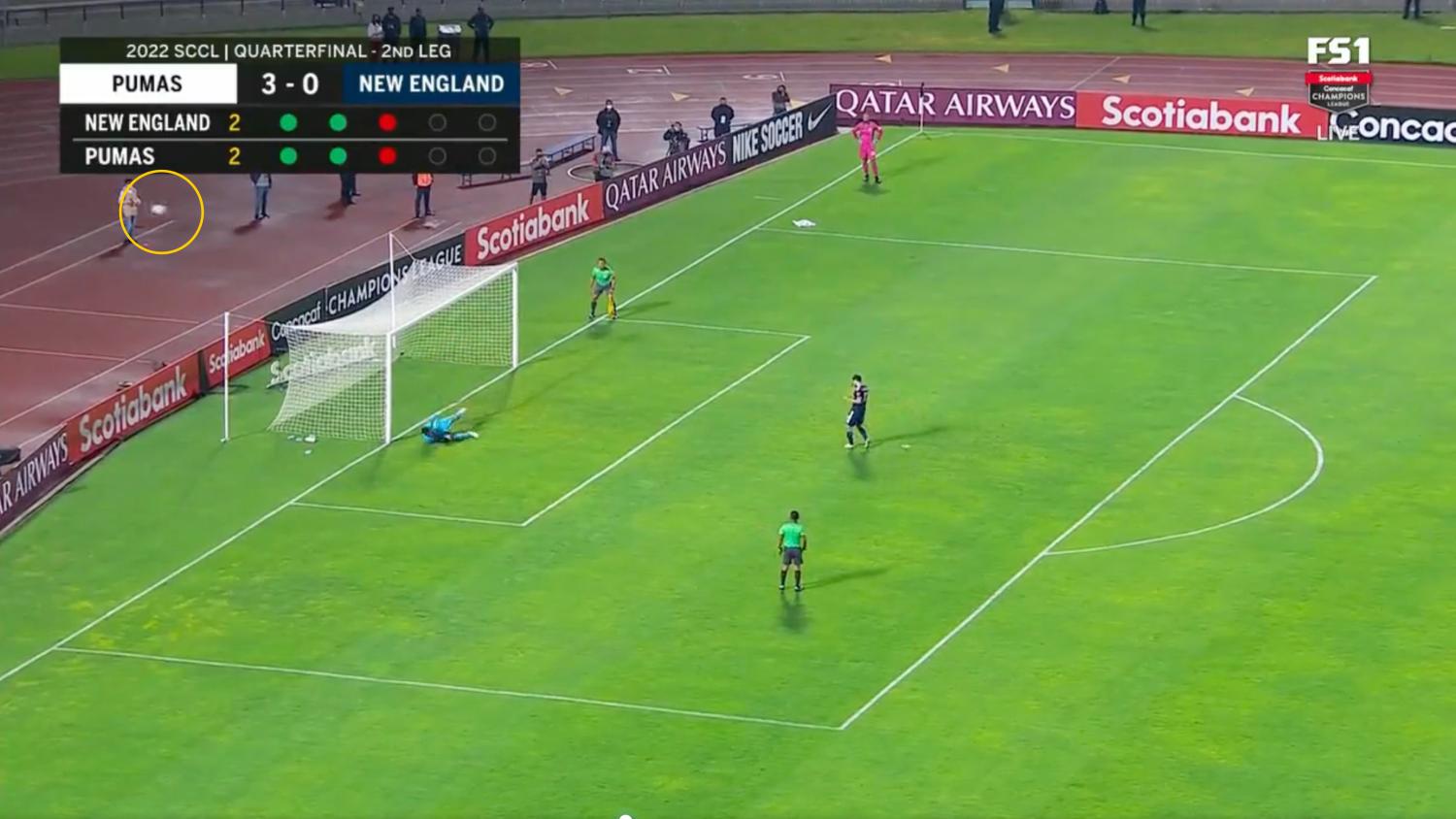 Pumas will play Liga MX rival Cruz Azul in the CCL semifinals.
The18

Juan Dinenno scored twice in regulation and had the winning kick in a penalty shootout as Pumas pulled off a stunning comeback to beat the New England Revolution in the CONCACAF Champions League quarterfinals on Wednesday in Mexico City.

Pumas won 3-0 on the night and then prevailed 4-3 in the shootout. The Revolution had won the first leg of the two-game, total-goal series 3-0 on March 9 in Foxborough, Mass.

Dinenno got Pumas on the board in the 33rd minute from short range, then slid for a right-footed finish in the 49th minute.

Pumas again! @PumasMX come out firing the start of the 2nd half! pic.twitter.com/7Q25sll1dI

American Sebastian Saucedo leveled the series with a 12-foot shot over the head of goalie Earl Edwards Jr. after New England failed to clear away a Pumas free kick into the penalty area.

PUMAS TIE IT 3-3 ON AGGREGATE @PumasMX find their third goal of the night! pic.twitter.com/de8oSgPZ5O

In the shootout, each team converted its first two penalty kicks before its third attempt was saved. Sebastian Lletget then put New England's fourth penalty over the bar.

Pumas' semifinal opponent will be Liga MX rival Cruz Azul. Uriel Antuna scored again to lead Cruz Azul past host CF Montreal in the finale of their series. The Mexican side emerged with a 2-1 aggregate victory in the two-game, total-goal series following a 1-1 tie on Wednesday.

Antuna fired home a right-footed volley from 10 yards in the 44th minute to put Cruz Azul in front. His goal in the 20th minute on March 9 in Mexico City was the only score in the teams' first game.

Rudy Camacho scored for Montreal in the 79th minute off a short corner kick as the action continued while several Cruz Azul players were tending to a Montreal player who had fallen.

New York City FC advanced to the CONCACAF Champions League semifinals on Tuesday. The final spot will be determined Thursday when Seattle Sounders head to Mexico with a three-goal lead against Liga MX's León.