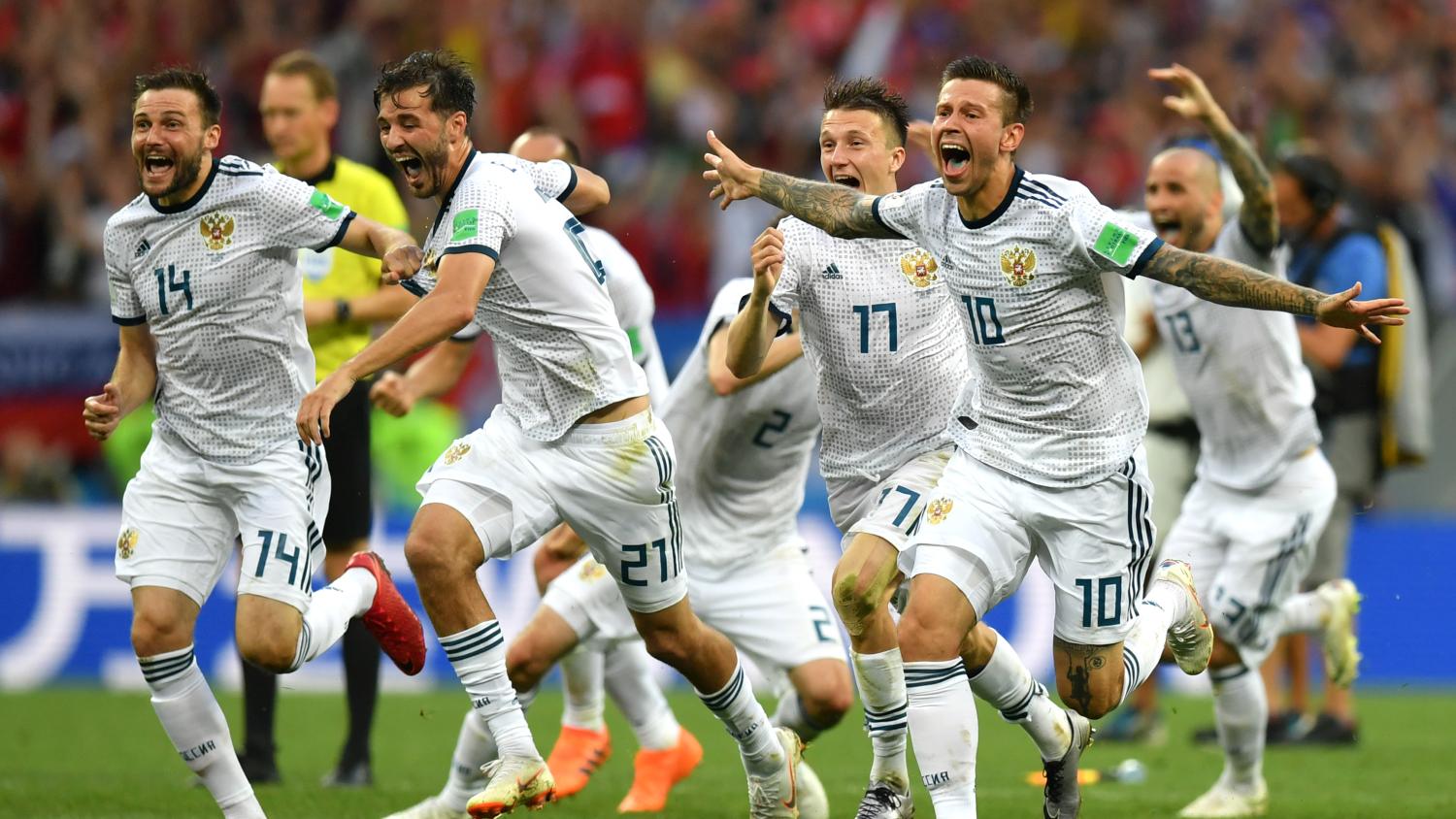 Russia has been hit with its most severe sanction yet.
Getty Images

The World Anti-Doping Agency (WADA) has hit Russia with a four-year ban from international sport after a special meeting at the headquarters of the International Olympic Committee (IOC) in Switzerland resulted in a unanimous vote to suspend the nation.

The suspension results in Russia being banned from participating at next summer’s Olympic Games in Tokyo and the 2022 World Cup in Qatar. However, the decision from WADA doesn’t affect Russia’s participation at UEFA Euro 2020 since the tournament isn’t classified as a “major event.”

Russia has already qualified directly for the Euros after finishing second in Group I behind Belgium and ahead of Scotland, who must now navigate the playoff route. Due to the special, one-off format of Euro 2020, Russia actually hosts two group games in Saint Petersburg (Belgium on June 13 and Finland on June 17) before finishing against Denmark in Copenhagen.

But Russia’s prospects for the 2022 World Cup look a lot more bleak.

“If they qualify (for the World Cup), a team representing Russia cannot participate," explained Jonathan Taylor, chair of WADA's compliance review committee. "But if there is a mechanism put in place, then (clean athletes) can apply to participate on a neutral basis, not as representatives of Russia. It will be for FIFA to implement, but they will have to do so in conjunction with WADA. But there will be no flag or anthem.”

According to reports, WADA’s decision was made after it concluded that the Russian anti-doping agency in Moscow had tampered with laboratory data by planting fake evidence and deleting files linked to positive doping tests.

“FIFA has taken note of the decision taken by WADA’s executive committee today,” a FIFA spokesperson told ESPN. “FIFA is in contact with WADA and the Association of Summer Olympic International Federations to clarify the extent of the decision in regards to football.”

Russia has 21 days to appeal the decision, and it’s widely expected that they’ll do as much. However, the IOC recently decried the “flagrant manipulation” of the Moscow lab data as “an insult to the sporting movement worldwide.”

Russia’s men’s and women’s national soccer teams did not qualify for the 2020 Olympic Games in Tokyo.