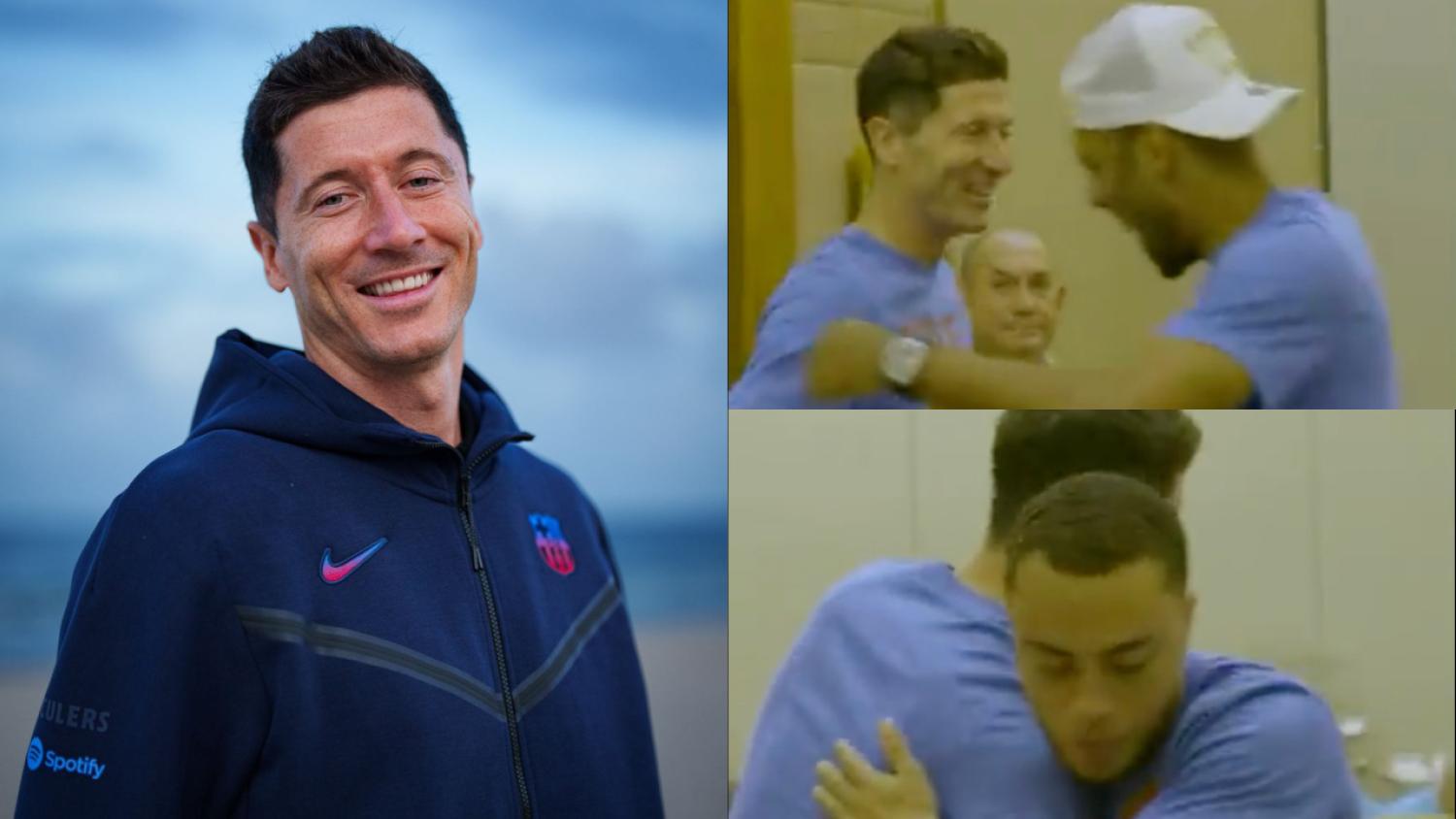 The 33-year-old could make his debut Tuesday night against Inter Miami.
@FCBarcelona | Twitter

Robert Lewandowski wasted no time linking up with his new Barcelona teammates following Saturday's confirmation of a $50 million transfer from Bayern Munich on a three-year contract. Lewandowski landed in Miami on Sunday, created some content for the social channels and said hello to the squad during dinner.

Wearing a light blue shirt with 'CULERS' across the top in garnet, the 33-year-old striker was applauded by teammates and exchanged a brief hello with each, although the conversation lasted a little longer with former Borussia Dortmund strike partner Pierre-Emerick Aubameyang.

Lewandowski primarily spoke English and replied to questions of ¿estás bien? with a knowing smile, although worldly USMNT full-back Sergiño Dest hit Lewy with a "welkom," because nobody does team building like Berhalter's boys.

Welcome to the fam! ❤️ pic.twitter.com/9cHcZZKmIo

The squad had only arrived Saturday and underwent its first training session Sunday, but Barça opens its USA Tour on Tuesday with a friendly against Inter Miami at DRV PNK Stadium in Fort Lauderdale. Lewandowski could make his debut then, although Barcelona's also in action Saturday against Real Madrid in El Clásico at Allegiant Stadium in Las Vegas. That might make for a more fitting debut.

Barça's first match of preseason was a 1-1 draw with fourth-division UE Olot in Catalonia on July 13.

"I am very happy to join Barcelona," Lewandowski said. "I am very happy to be here. It was very easy to decide to come to Barcelona. Barcelona is back. I think I can help to put the team back at the top of European football. I like winning trophies and this is a new chapter for me, with new challenges. This was an opportunity for me privately. I have always wanted to play in LaLiga and for a big team. I've already been speaking to Xavi and I know about his ideas. He was a great player and has a great future ahead of him as a coach."

It's crazy to think it was around this time last year (Lionel Messi joined PSG on Aug. 10) that we were firing off think pieces about the death of LaLiga. Fast forward a year and Real Madrid is the defending European champion and El Clásico is again arguably a contest between the world's two best players (Lewandowski vs. Karim Benzema).