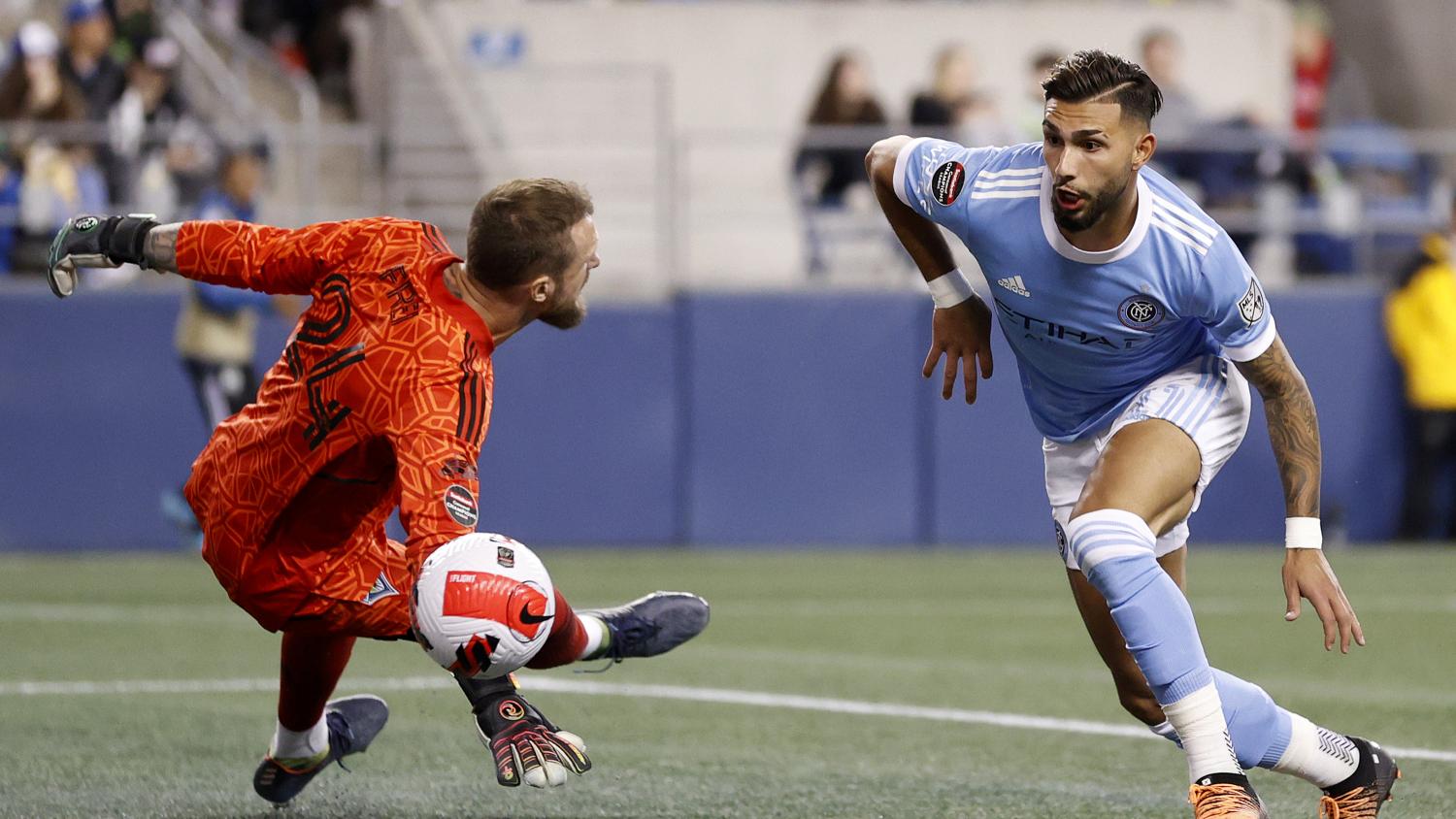 The move is being facilitated by the City Football Group in an effort to bring Castellanos to Europe.
Steph Chambers | Getty Images

MLS Golden Boot winner Taty Castellanos will be making a move to Europe to join LaLiga side Girona FC, according to reports.

More on Castellanos. Expectation internally at City Football Group is for Taty to play his final MLS game this weekend and then join La Liga side Girona from NY. #MLS

Contract details are being discussed in order to complete the deal soon. pic.twitter.com/lZ2BEtYglE

Castellanos was MLS's top scorer in 2021 and has continued to impress this season, scoring 13 goals in 16 MLS games for NYCFC. The 23-year-old Argentina native has been linked with a host of clubs this summer, but Fabrizio Romano reported he is finalizing a move to newly promoted LaLiga club Girona FC. Girona and NYCFC are both owned by City Football Group, which also owns a host of other clubs around the world including, Manchester City, Melbourne City and, recently, Palermo FC.

Taty Castellanos going to play at Girona? Love that for my favorite Spanish team. pic.twitter.com/E9o5ukj6Da

It appears Castellanos could be leaving as soon as next week as he would play one final game in MLS and then leave to join his new team, located just north of Barcelona.

Girona was promoted this past season after finishing sixth in the second division and winning the promotion playoff against CD Tenerife. The addition of Castellanos could be exactly what the side needs to stay in LaLiga ahead of just its second spell in the first division. He will partner captain and fan favorite Cristhian Stuani up top, hoping to only add to the club’s recent successes.