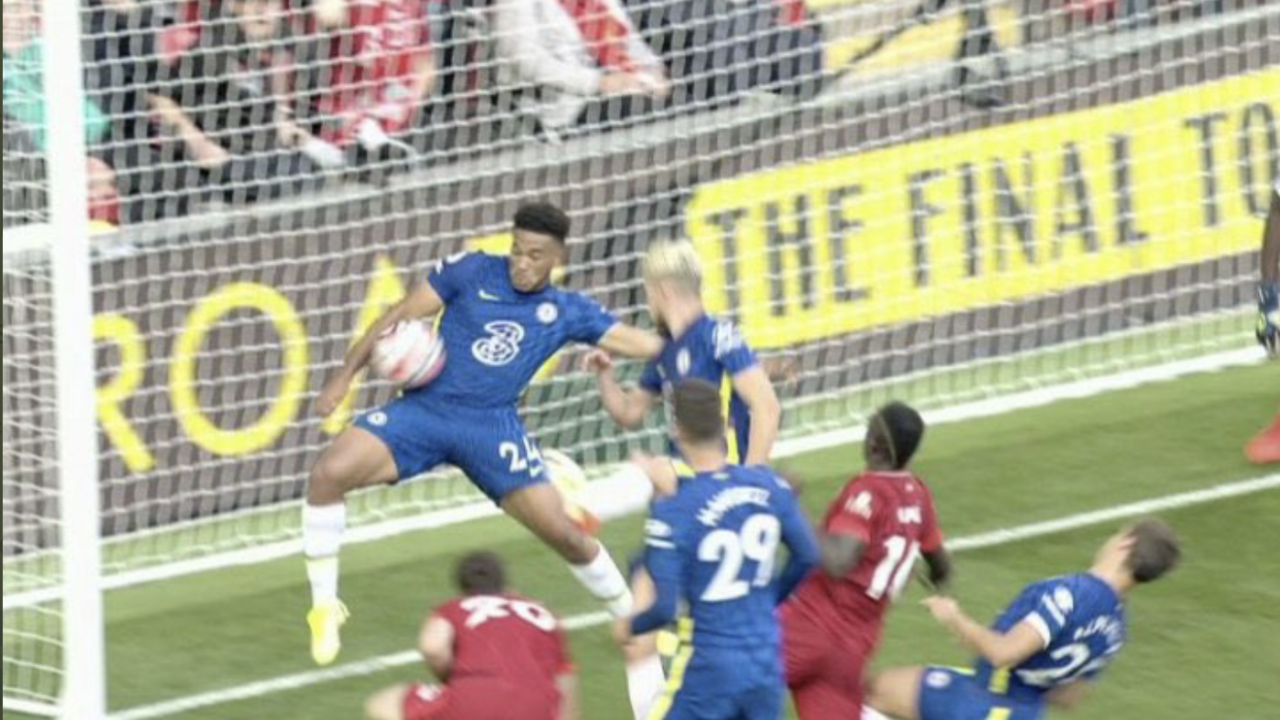 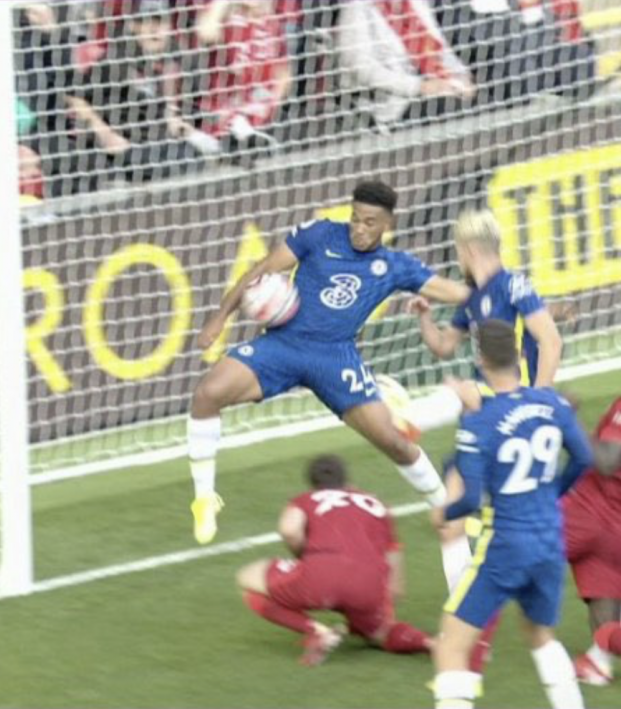 Reece James Handball Has Internet Divided, Should It Have Been A Red Card?

Twitter and the internet are in flames right now over the Reece James red card incident against Liverpool during Saturday’s Premier League clash. Some fans are ready to jump through their TV screens and fist-fight referee Anthony Taylor, while others think the correct call was made.

Chelsea was leading 1-0 in what was arguably one of the most exciting games of the season so far. Then, just before halftime all hell broke loose after a Liverpool corner. Taylor would go to the VAR screen and look at one freeze-frame before deciding to send off James.

Mohamed Salah stepped up and buried the penalty to tie the game at 1-1.

The internet reacted vehemently to Taylor’s decision. Some argued that Taylor was out of his mind while others thought the call was spot on.

Anthony Taylor should be questioned by the powers at be. It’s just gotten to a point where it’s been too much, in too many big occasions, against the same team, where you have to raise eyebrows.

What a surprise Anthony Taylor ruins yet another game. Every single game for the last 3 years he’s been centre of dodgy decisons.

If you don’t think that’s a penalty and red card, you need to start watching a different sport.

Not really sure why there’s a debate about that penalty and red card. He denies a certain goal, has to go.

You CANNOT decide a penalty and a red card decision by looking at a screenshot. WHAT THE WHOLE PLAY and then decide. What a shit shit decision.

Here is the official rule from the FA for red card offenses relating to a handball.

Intentional or not, by the rulebook a player must be sent off if their handball offense denies a goal. A player can be as guilty as Luis Suarez in the 2010 World Cup batting the ball off the line or as innocent as James who had the ball deflect onto his arm.

Personally, I think it’s a stupid rule, but Taylor followed the rulebook which is what referees are asked to do.

What do you think? Should it have been a red card?