Pulisic Looked Brilliant With A Goal And His Best Performance Of The Season Vs. Lille 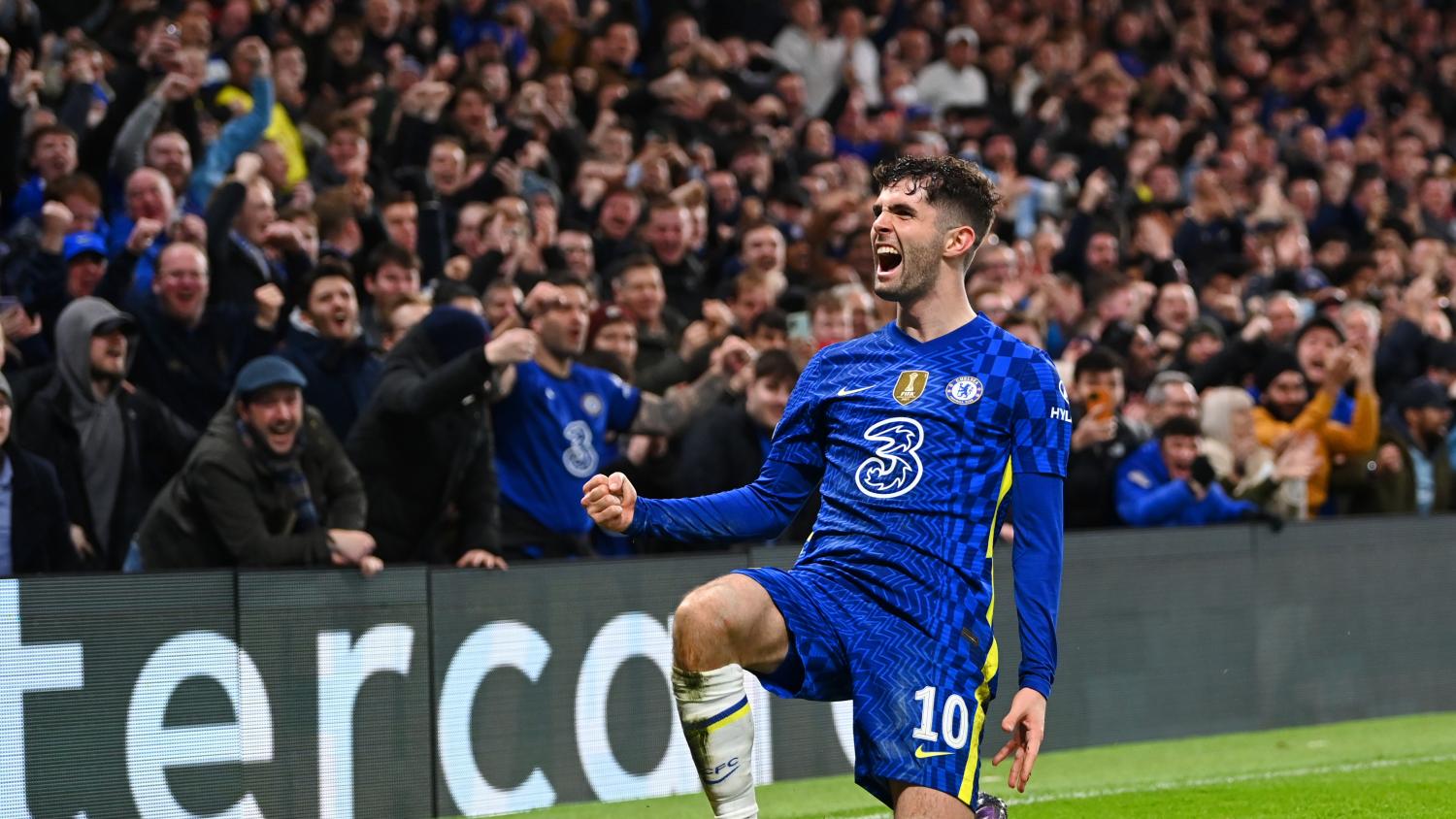 His first Champions League goal since May 2021.
Getty Images

Christian Pulisic and Chelsea earned a 2-0 victory vs. Lille on Tuesday in the first leg of the Champions League round of 16 clash. Pulisic put on a show for the London club with his best performance of the season by far.

The USMNT star was given the start in his favored left wing position and made the most of it. It could be my American bias, but I got tingles every time he was on the ball. Pulisic’s darting runs and movement on the ball continuously left Lille players on the ground in his wake.

Early in the game Pulisic supplied his fellow forward Kai Havertz with a through pass that nearly resulted in a goal. Havertz’s shot resulted in a corner which the German proceeded to head in for the goal.

Havertz opens the scoring on his 50th Chelsea start pic.twitter.com/TGL2UuC9EO

Lille didn’t cower after conceding and put pressure on Chelsea’s defense for a good portion of the game. Injuries to Hakim Ziyech and Mateo Kovacic along with Lille’s growing sense of belief had Chelsea fans feeling the nerves.

In the 64th minute a fantastic bit of play from N’Golo Kante helped Chelsea strike on the counter. The Frenchman slipped a pass through to Pulisic which the American neatly tucked away.

THE RUN FROM N’GOLO KANTE.

THE FINISH FROM CHRISTIAN PULISIC. pic.twitter.com/VA8Mgf1Vqa

On top of his exquisite dribbles and goal, Pulisic gave his all under the lights of Stamford Bridge. When the American tracked down Lille danger man Renato Sanches and put in a perfect slide tackle the Chelsea fans roared in applause.

PULISIC GETS BACK, MAKES THE CHALLENGE ON RENATO SANCHES AND THE CHELSEA FANS APPRECIATE IT. pic.twitter.com/8DjWZse3oX

The American was substituted for Timo Werner in the 80th minute and received a standing ovation from the Chelsea fans in attendance.

Chelsea will hold on to a 2-0 lead for the return leg in France which will be played on March 16.