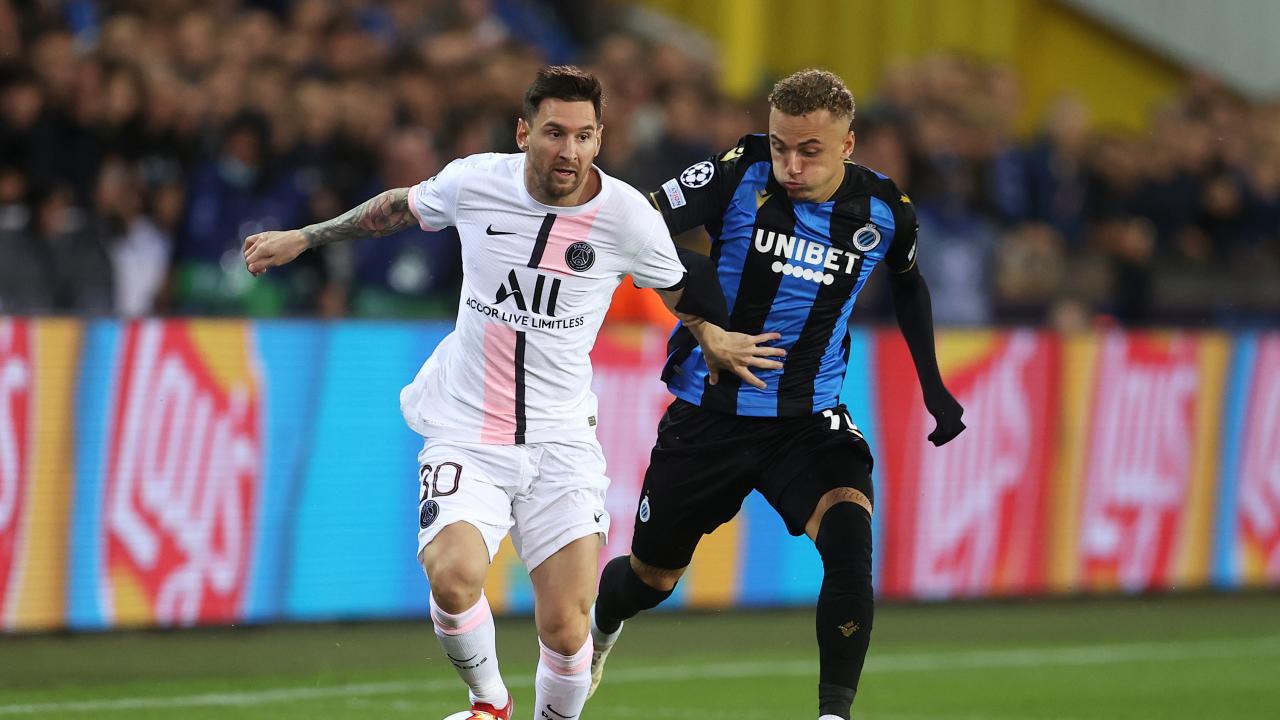 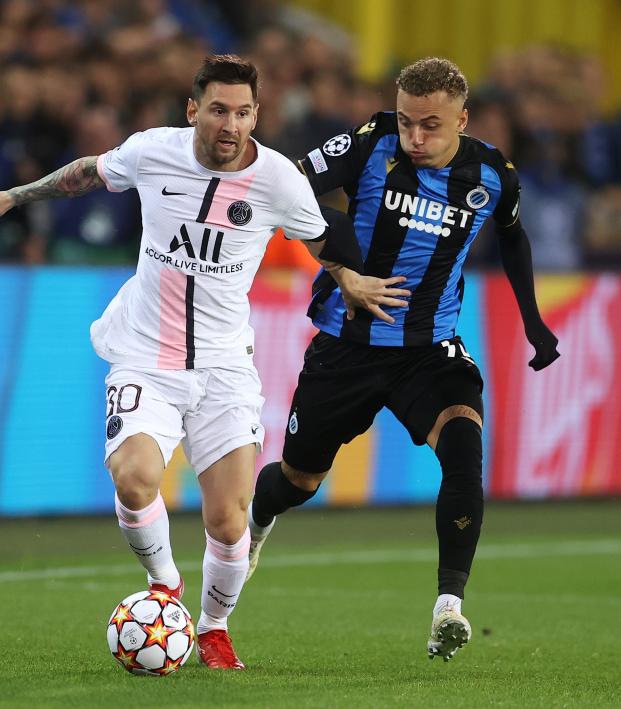 In the annals of soccer history, you have to pick from some of the greatest teams of all time to find a front three that compares to the PSG lineup Mauricio Pochettino chose on Wednesday. For the first time, he was able to field Lionel Messi, Neymar and Kylian Mbappé, the much-hyped MNM trio.

The vaunted PSG lineup didn’t last long nor did it impress on the road at Club Brugge. The star forwards went scoreless as Paris Saint-Germain was held to a stunning 1-1 draw by the Belgian side. Club Brugge looked far more exciting on offense, outshooting PSG 16-9 (7-4 on target).

Messi, Neymar and Mbappé were on the field together for just 51 minutes before the French forward limped off with an apparent injury, replaced by Mauro Icardi. It was a disappointing debut for a front three fans have been salivating over since Messi left his lifelong club Barcelona for the riches of Paris.

Wednesday’s match was Messi’s first start and second appearance with his new club. It’s still a shock to see him take the pitch in anything other than a Barça or Argentina jersey, but he’s yet to make much of an impact with his new club. Against Club Brugge, he had as many yellow cards as shots on target.

But it wasn’t just Messi. Neymar and Mbappé couldn’t create anything either. The reason wasn’t necessarily their efforts but Club Brugge’s defensive banks denying them service. The starting PSG midfield of Georginio Wijnaldum, Leandro Paredes and Ander Herrera couldn’t figure out how to feed their star forwards in the first half. Wijnaldum and Paredes were replaced by Danilo Pereira and Julian Draxler at halftime, but the PSG offense didn’t really get going until Club Brugge’s legs tired and Messi dropped deeper and demanded the ball more often.

Still, it wasn’t enough as PSG opened its Champions League campaign — the one that was supposed to be theirs for the taking — with a drab draw to the supposed worst team in the group.

And the supposed worst team in the group probably will go home thinking it should have won. The play of 22-year-old Noa Lang, 20-year-old Charles de Ketelaere and 21-year-old Kamal Sowah was superb, the young trio often outshining its star-studded opposition.

At the start of the match, it did indeed look like PSG would run riot against Club Brugge. The last time these two met in 2019, PSG won 5-0, and the Parisians took the lead inside 15 minutes through Herrera of all people. Mbappé torched his defender on the wing before zipping in a cross for Herrera to hammer home.

But 12 minutes later, Club Brugge was back in it.

One of the home side’s many forays forward resulted in a goal from Hans Vanaken, who ghosted into the box unmarked much like Herrera did for his goal.

Messi was nearly invisible in the first half save for one moment when he casually struck a curler off corner of the goalpost. It was one of the few moments he actually made an impact in the opening 60 minutes of the game.

As the match wore on and PSG began to realize it wasn’t beating Club Brugge, Messi finally began to demand the ball. He had a few good moments, including his lone shot on target, after Mbappé left the pitch. Messi finished with 84 touches, more than any Club Brugge player but less than his two center backs. Messi’s 79 percent passing accuracy left a lot to be desired.

Neymar, meanwhile, tried to make himself useful throughout, but never really did much positive. He had a good run into the box to win a late corner but never really linked up with Messi or Mbappé.

Aside from his assist, Mbappé was rarely on the ball. Though he played just over half the game, his 28 touches were emblematic of PSG’s struggle to get its stars involved.

You have to wonder what’s going through Pochettino’s mind after this result. The former Spurs boss has one of the greatest squads ever assembled, and yet he couldn’t get it done in a Champions League match against the weakest side in the group.

Though unbeaten and flying high in Ligue 1, Pochettino has to figure something out before hosting Manchester City on Sept. 28. City put six past RB Leipzig on Wednesday. No offense to Lang, De Ketelaere and Sowah, but Jack Grealish, Kevin de Bruyne and Riyad Mahrez are even better.