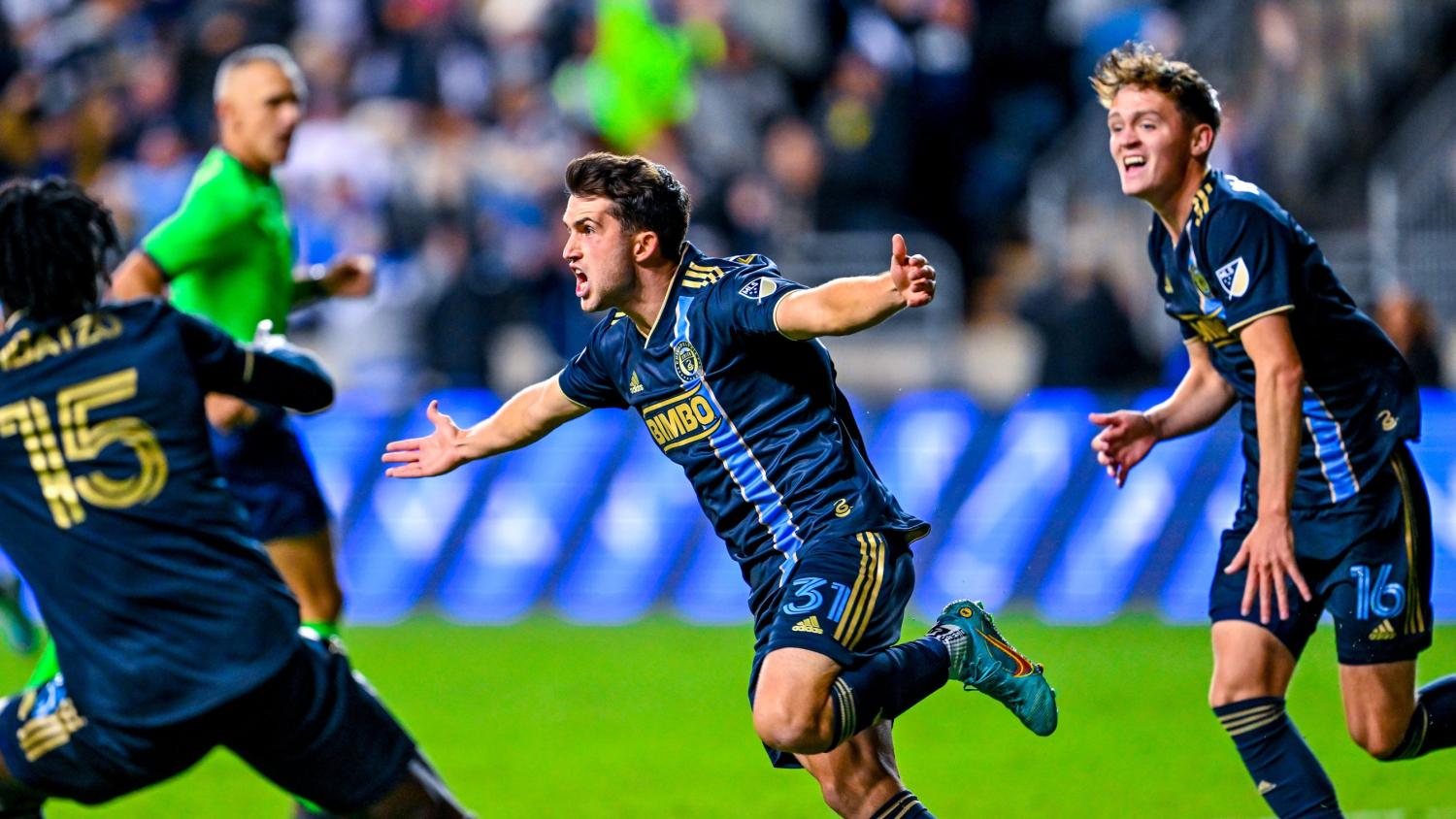 What a time for Leon Flach to score his first goal of the season.
@PhilaUnion | Twitter

Leon Flach scored his first competitive goal of the year and the second of his MLS career to lift the Philadelphia Union to a 1-0 victory over visiting FC Cincinnati in their Eastern Conference semifinal on Thursday night.

Flach's goal lifts the East's top seed Philadelphia (19-5-10, 67 points) to their second consecutive conference finals, which they will host on Oct. 30 against the winner of Sunday's other East semifinal between CF Montreal and New York City FC.

Philadelphia were beaten 2-1 in last year's final by NYCFC, in a game when the Union were missing 11 players and six likely starters to COVID-19 health and safety protocols.

On Thursday, Andre Blake made five stops for Philadelphia, which kept its first clean sheet in three games against Cincinnati (12-9-13, 49 points) this year.

FC Cincy are eliminated in their second all-time playoff match after reaching the East semifinals by defeating the New York Red Bulls 2-1 in their first last Saturday.

The visitors had won at home and drawn on the road in the regular season against Philadelphia. Despite their exit, they still easily enjoyed their best season in their young MLS history after finishing last in the conference in each of their first three seasons since joining the league in 2019.

In a game with plenty of energy but few chances, Flach put the Union ahead in the 59th minute to finish off a persistent, if not necessarily crisp, Union attack.

Julian Carranza and Daniel Gazdag tried to play a give-and-go into the right side of the penalty area, but were dispossessed.

Mikael Uhre reached the loose ball, reacted quickly and played a pass to his left, where Flach hammered it first-time past goalkeeper Roman Celentano to give the home side the lead.

Cincinnati made Philadelphia work for their shutout victory. Luciano Acosta cut inside from the right and fired a low shot that forced Blake into a low diving save in the 71st minute.

Some 12 minutes later, Brandon Vazquez took advantage of a Philly defensive error to get into the right side of the penalty area, but again Blake was up to the challenge.