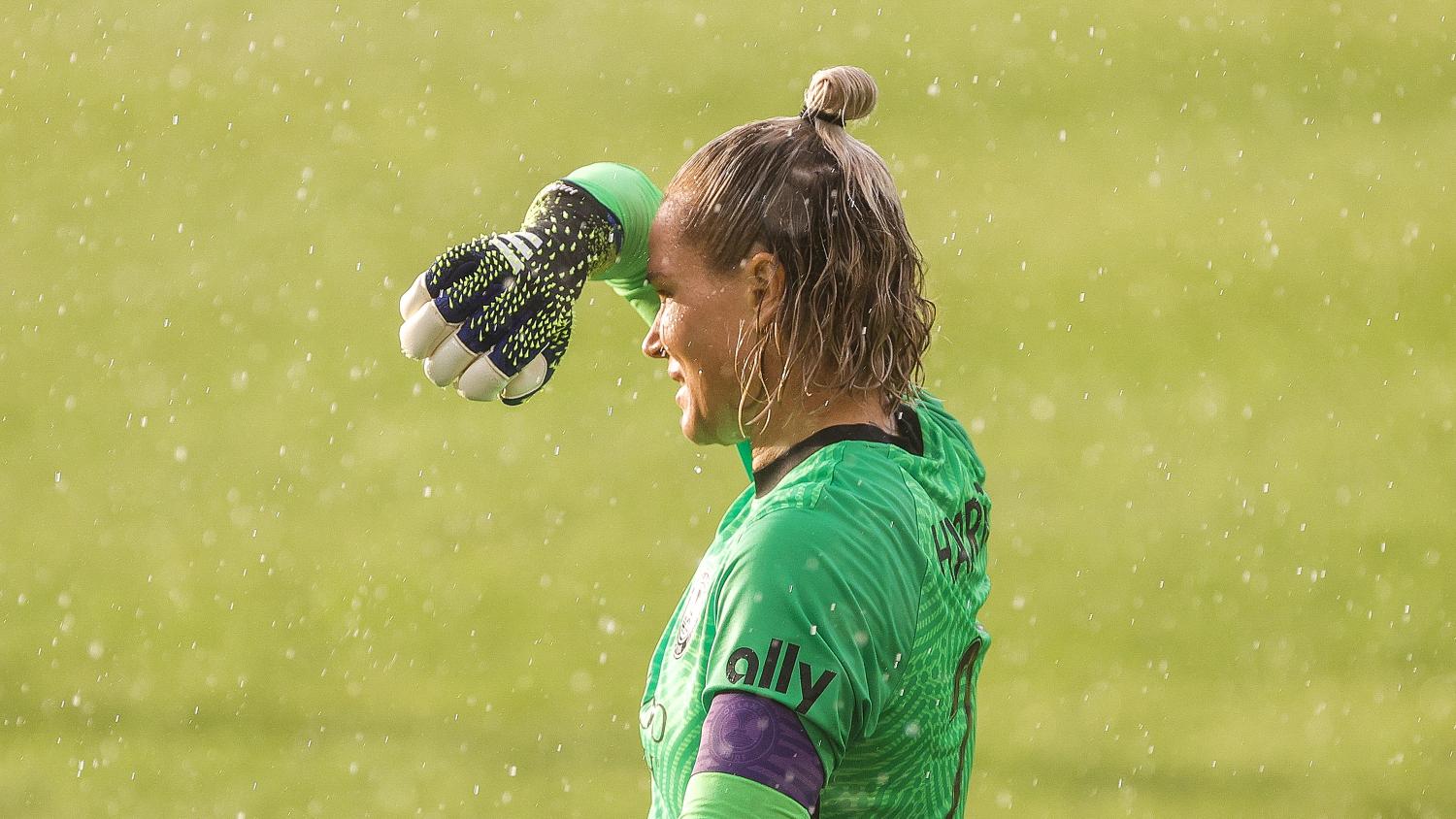 Ashlyn Harris has been one of the most consistent and hardworking goalkeepers in NWSL history, and she's been highlighted for her penalty kick saves and clean sheet records with the Orlando Pride. This year alone she's made five straight penalty saves and won eight NWSL Save of the Week honors.

As she continues to be a brick wall in goal, this past weekend Harris broke the NWSL all-time saves record while playing against Gotham FC.

The Orlando captain recorded her 469th career save, moving her up the NWSL all-time save leader list. Harris surpasses longtime Kansas City goalkeeper Nicole Barnhart, who held the record with 468 saves.

Despite this being a big milestone in her career, Harris remains humble and prioritizes her team and the goals they are looking to accomplish. She praised her teammates and even Carli Lloyd, who took the shot that gave Harris her 469th save. The way Harris puts others first is what makes her captain material. She is a true leader for her Pride squad because she sets the standard high and always wants to accomplish more. The next focus is winning a championship, a goal that the Pride have yet to achieve.

Harris is one of the best keepers in the game and this accomplishment is just one of many. A familiar face with the USWNT squad, including two World Cup titles, Harris tallies seven clean sheets and 18 appearances with the senior team.

Recently, she missed out on the Tokyo Olympic Games. Harris and teammate/wife Ali Krieger took some time off from international duty to welcome their baby girl Sloane Phillips. Despite her time off from the national team, she has continued to thrive and has demonstrated that she's still an important piece to the U.S. squad by holding down the fort with the Pride.

There's a bright future for Harris and the Orlando Pride as they are ranked fourth in NWSL standings and in the race for the championship title. Harris will take her new standing as No. 1 on the all-time saves list into the Pride's next match on Sunday, Sep. 5 against the Houston Dash.