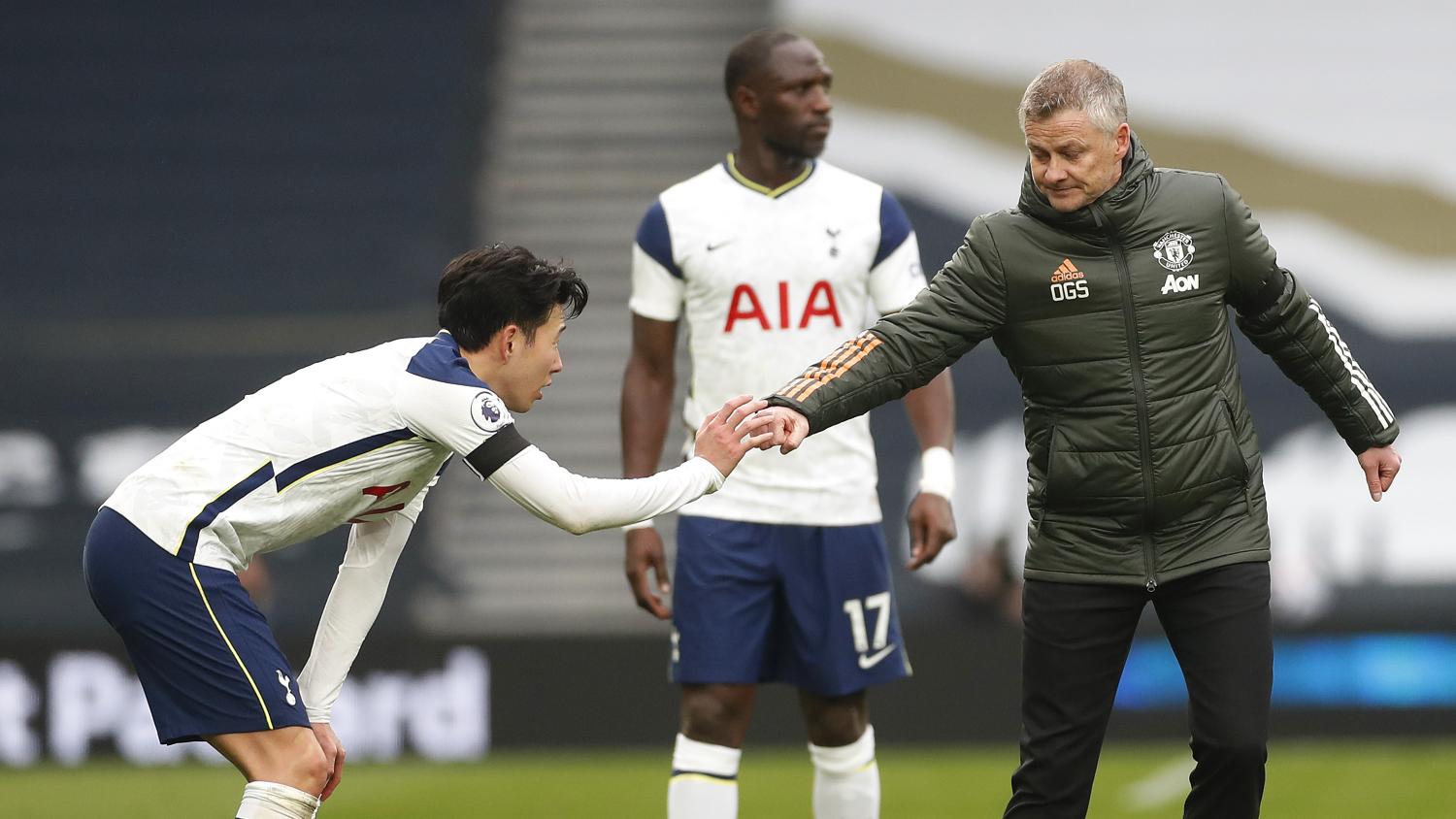 OGS is not a monster, his son confirmed after the Man Utd boss criticized Son Heung-min.
Getty Images

OSLO — The son of Manchester United manager Ole Gunnar Solskjaer has weighed in on his father's spat with Tottenham Hotspur boss Jose Mourinho after the Norwegian coach said he wouldn't feed his son if he simulated an injury.

The row erupted following Sunday's 3-1 win in the Premier League for United when Solskjaer senior criticised Spurs attacker Son Heung-min for exaggerating a blow to the face.

United had a goal disallowed after Son appeared to be struck by Scott McTominay in the build-up, with Solskjaer saying afterwards that if his son, who plays for Kristiansund in his native Norway, went down the way Son did, he wouldn't feed him.

That prompted an angry response from Mourinho, who said that Son's dad was a better father than Solskjaer, but Noah came to his father's defence in Tidens Krav, a local newspaper in Kristiansund.

Ole Gunnar Solskjaer's son Noah has assured everyone that he always gets food following his dad's comments at the weekend. pic.twitter.com/gj3WlCzeZU

"I always get fed, I can assure you of that," the 20-year-old midfielder told the paper with a smile, adding that his Norwegian team mates had teased him over the incident when he arrived for training on Monday, asking if he'd had breakfast.

"I have never lain down the way Son did. Mourinho probably just wanted to take the focus away from the fact they had lost," he said.