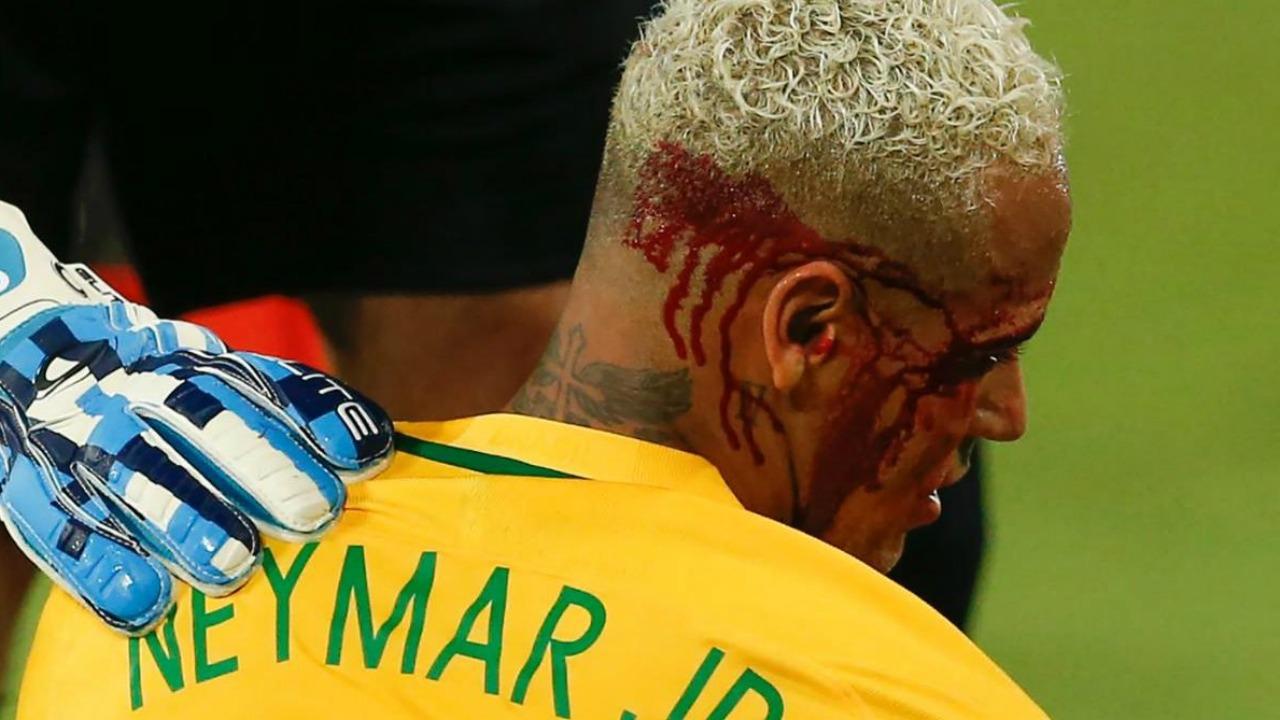 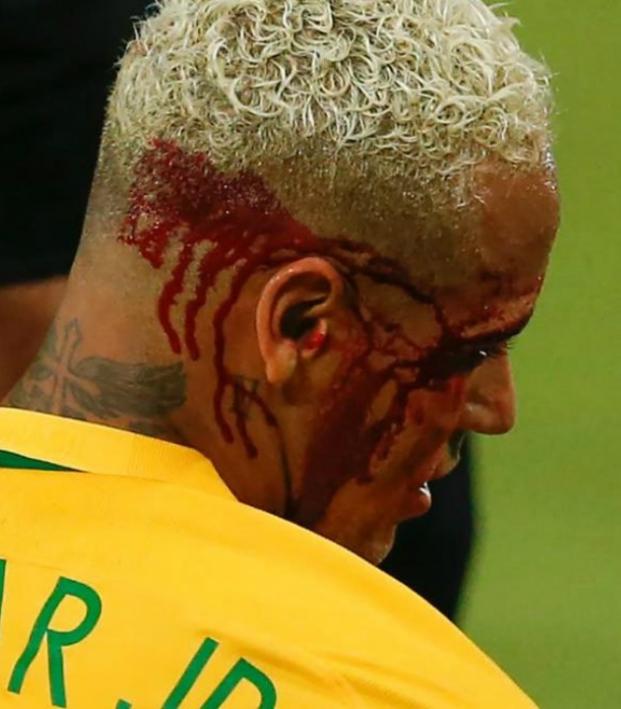 Connor Fleming October 7, 2016
Neymar inspired Brazil to a 5-0 defeat of Bolivia on Thursday, the Barcelona forward registering a goal, an assist, a yellow card and a nasty head wound.

Neymar’s match against Bolivia contained parts of the good, the bad and the ugly. The good was a goal and two assists which helped the Selecao to a 5—0 rout of Bolivia in Natal, Brazil.

The bad was a 36th-minute yellow card that means he’s suspended for Brazil’s October 11th qualifier away to Venezuela. However, given that Venezuela currently dwell at the bottom of the CONMEBOL WCQ table with two points from nine matches, Neymar’s absence shouldn’t be a factor.

The ugly was the result of a forearm shiver to Neymar’s face, cutting the Brazilian forward and resulting in a stream of blood pouring down the right side of his face.

Having been the target of Bolivian fouls from the opening minute, Neymar was substituted for Willian shortly after, 69 minutes into the match.

Neymar’s opening goal was the result of nice play between the Barcelona man and Gabriel Jesus, Jesus feeding Neymar for the tap in.

Neymar’s second contribution was to assist Filipe Luis on Brazil’s third goal. Watch as Neymar is absolutely clattered after providing the pass.

Neymar’s final contribution of note was to return the favor to Gabriel Jesus, turning provider for the Palmeiras forward.

Neymar will now return to Barcelona for their October 15th fixture against Deportivo. That match is followed by the return of Pep Guardiola to the Camp Nou as Manchester City come to town in the UEFA Champions League.