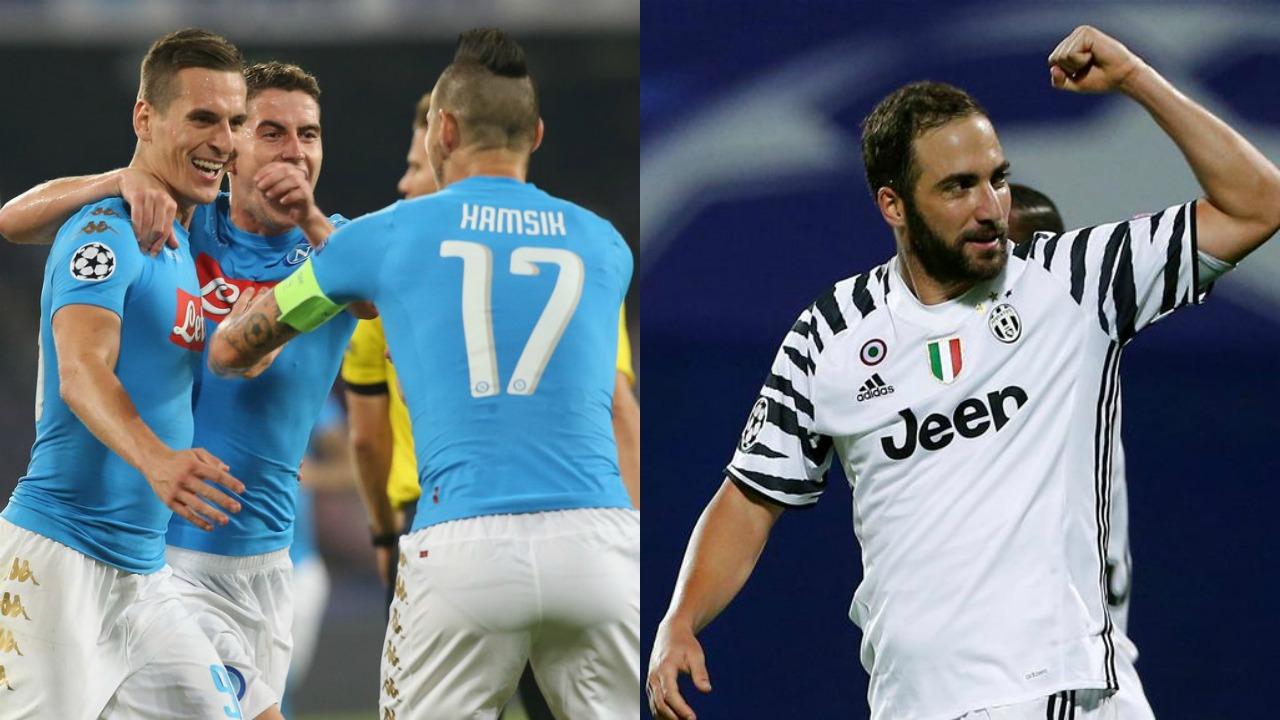 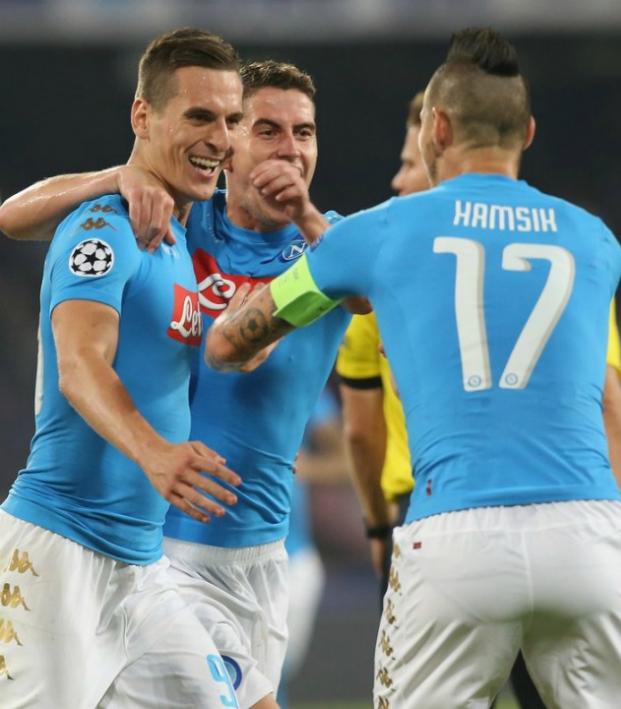 Huw Thomas September 29, 2016
After selling their best player, has Napoli’s monster transfer set them up for a potential Serie A title?

Sometimes, selling your best player is the right move. Take, for example, Manchester United shipping out Ruud van Nistlerooy in 2006. In the aftermath of losing the prolific striker, a new set of players emerged to take up the burden. The side became less reliant on one focal point and spread the workload across an emerging generation of Wayne Rooney, Cristiano Ronaldo and Michael Carrick.

A similar story can be seen at Juventus. In 1996, the Italian giants signed Zinedine Zidane from Bordeaux for around €3.5 million. Over the course of the next five years, he became one the best players in the world.

When Real Madrid came enquiring after the French playmaker, Juve let him leave for just shy of €50 million, a world record fee in 2001. They promptly took the money and reinvested it in Gigi Buffon, Lilian Thuram, Pavel Nedved and Marcelo Salas.

These players would be the foundation of one of Juventus’s most memorable sides. Indeed, Buffon still starts week in, week out.

If handled correctly, selling your best player can be the platform for reaching even greater heights. It’s something most mid-table and lower league sides deal with annually.

Looking at this past transfer window, the temptation is to say that the Turin side have played a similar hand. Selling a French playmaker, Paul Pogba, for a world record fee, they’ve reinvested the money wisely. But there’s perhaps a better example to be found in the south of Italy.

There is no doubt that Gonzalo Higuaín was the best striker in Italy last season. His goals elevated Maurizio Sarri’s Napoli side from potential also-rans into legitimate title contenders. They were still in the race up until the final few weeks, by which point a combination of Juventus’s imperious form and a suspension incurred by Higuaín saw them falter. Napoli finished second. Juventus won a fifth title in a row and then went on to have a busy summer.

Part of that busy summer involved a big power play by the champions. Higuaín was at the centre of it all. Flush with cash, Juventus eyed the striker’s seemingly-astronomical release clause. First inserted when Higuaín was signed from Real Madrid for roughly €40 million, Napoli boss Aurelio De Laurentiis can be forgiven for thinking the break-clause was suitably ridiculous enough that no one would pay it.

He could not have expected transfer fees to skyrocket in the space of a single five-year contract.

But skyrocket they did. This past summer, with Juventus on the prowl and looking to assemble a side that could legitimately challenge for the Champions League, Higuaín’s release clause looked triply tempting. Firstly, the Pogba fee meant that money was really no object. Secondly, it was an easy way of ensuring that they could pair together the best strikers in the league, fellow Argentines Higuaín and Paulo Dybala. Thirdly, it would drastically weaken Napoli, taking away the source of most of their goals.

Just as they had taken Miralem Pjanic from Roma, such a move might potentially seal the Serie A title before a ball was even kicked. Juventus paid just over €90 million, and Higuaín moved north.

Napoli’s fans weren’t happy. Understandably, they had sold their best player to their biggest rivals. What’s more, they couldn’t see any potential replacement that would be able to replicate the Argentine’s goal tally. Higuaín was a traitor. De Laurentiis was an idiot. Napoli were doomed.

But in reality, the deal might prove to be in Napoli’s favour. For one, the money they received for Higuaín was, frankly, ridiculous. With two years left on his contract and no sign that he might renew, this was the last transfer window that Napoli would be able to make back their money on a striker rapidly approaching 30.

While Higuaín’s previous season had been wondrous, it stood out as being a high water mark in the striker’s career. There was no guarantee that he would consistently hit such heights. To anyone other than Juventus, the release clause represented no value at all. That’s why Arsenal and Chelsea, among those linked with Higuaín, quickly abandoned their inquiries.

The large sum received for one striker meant that Napoli could hold on to a few of their more important players. Marek Hamšík, the club captain, and Kalidou Koulibaly, the domineering defensive leader, both signed lucrative contract extensions.

In realistic terms, they might well be more essential to the spine of the side than the striker. Indeed, the Senegalese centre back was reportedly wanted by Chelsea, who were willing to pay as much as €55 million. Thanks to the Higuaín money, such offers could be ignored.

Though all of them are not necessarily guaranteed to start, it’s a considerable fortification of the squad, improving the first XI and the bench at the same time. Napoli’s transfers even made a profit, representing a fine summer’s worth of business that was overshadowed by their rivals in Turin.

The arrival of Arkadiusz Milik might be the most important of all. After a promising start to his career at Ajax and a decent (if not spectacular) Euros, the Polish striker was given the unenviable task of replacing Higuaín. The theory was that he could help bring other players into the game, spreading the scoring responsibility across the midfield. Buying a like-for-like replacement for last season’s top scorer, it was reasoned, seemed impossible.

But then Milik started playing. And Milik started scoring. In eight appearances this season, he’s scored seven times. That includes four goals in the league and three in Europe. Added to this, players such as Dries Mertens and José Maria Callejon have continued to score at a similar rate to last year, ably assisted by the new signing. Right now, as we head into the international break, Napoli are not missing their former star striker at all.

Time will tell whether selling Higuaín was the right move. On the surface, the release clause gave Napoli the perfect excuse. They were held to ransom, they said, there was nothing they could do. But, in secret, the chairman might have been delighted at having received such a large sum for an aging player, one who has notably failed to deliver in the biggest games (at least, on the international stage) and whose foolishly-incurred suspension at the end of last season doomed any lingering Scudetto dreams.

All while keeping up appearances and accusing Juventus of buying the league, Napoli have managed to quietly restructure their squad without much pressure and with an eye towards the long term. Losing the league this year always seemed somewhat inevitable, with or without Higuaín. That they can use that money to lay such strong foundations for the future might well prove to have been a clever move. Behind all the bluster, Napoli fans have reason to be delighted.

In this instance, it seems that selling their best player was Napoli’s happy accident.