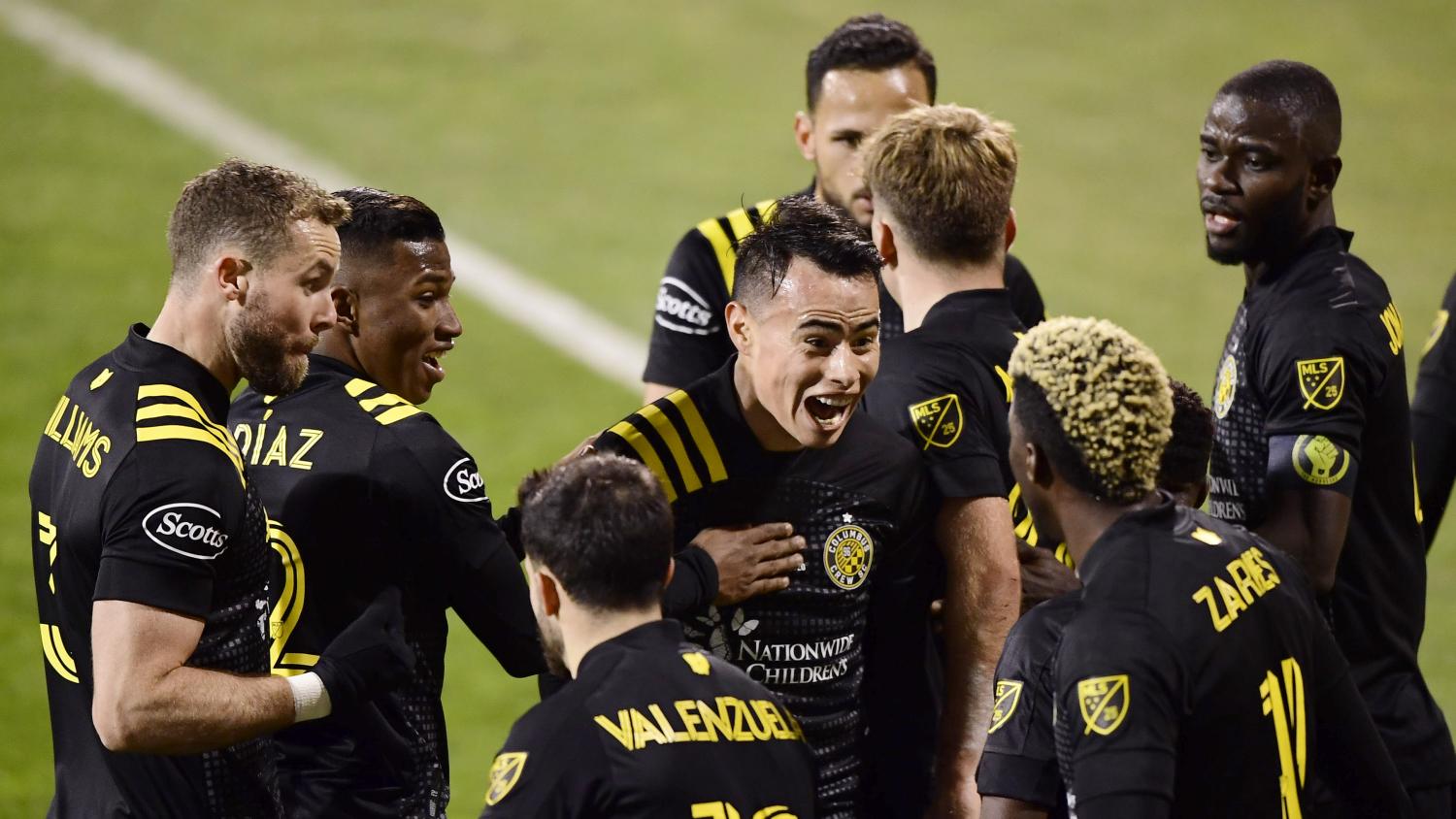 Three years ago, it looked like Anthony Precourt was ready to pack things up in Columbus and take one of the 10 charter MLS clubs south to Austin. Everyone outside of Texas’ weirdest city grew to despise Precourt for trying to rip the Crew from America’s heartland.

The years-long saga ended with Cleveland Browns owners Dee and Jimmy Haslam stepped in to buy the club, keeping the Crew in Columbus. But fans didn’t find closure until Saturday night, when Caleb Porter led the franchise to its second MLS Cup championship, beating the Seattle Sounders 3-0 in the third and final final MLS Cup at MAPFRE Stadium, the original soccer-specific stadium in MLS, which will be replaced by a new Crew venue next year.

The victory was especially sweet for Columbus fans who went from thinking they were losing their club to winning a title in a couple of years.

We are the Columbus Crew: 2020 MLS CUP CHAMPIONS. pic.twitter.com/2C3V1RcpLJ

Lucas Zelarayán had two goals and an assist as he dominated the MLS Cup final to cap a stellar season in which he was named the MLS Newcomer of the Year. The 28-year-old Argentine was at the center of every positive move for the Crew, who overcame the loss of two midfielders due to Covid-19.

The Crew received a huge blow in the leadup to the match when Darlington Nagbe and Pedro Santos were ruled out by Covid-19. It was only fitting for the season to end with a match featuring major Covid omissions, but the Crew didn’t seem to miss a beat without Nagbe running the midfield, with 19-year-old Aidan Morris performing admirably as one of the youngest players to ever appear in an MLS Cup final.

It was a second title for Crew coach Caleb Porter, who has now won titles every five years for the last 10 years. Porter won the 2015 MLS Cup with Portland and the NCAA title with Akron in 2010. If only the 2026 World Cup were moved up a year, the USMNT would be guaranteed to win on home soil with Porter as coach.

Columbus used its home-field advantage by controlling the tempo from the opening kick. Stefan Frei needed a heroic save to deny Gyasi Zardes in the 17th minute.

The first big save of the night goes to @Stefan24Frei as he denies Gyasi Zardes pic.twitter.com/ktPIlRjiSx

Columbus broke through in the 25th minute and it had to be Lucas Zelarayán. Fullback Harrison Afful sent in an early cross to the back post where the Crew No. 10 was wide open to volley a powerful, low blast toward Frei, who couldn’t do enough to keep the stunning strike out.

The lead was fully deserved and you can’t be find a newcomer who has provided more impact with his team in MLS this season. The Argentine joined the Crew from Tigres a year ago next week.

Columbus doubled its advantage with Zelarayán again involved in the 31st minute. The Crew midfielder found himself at the top of the box with space to shoot, but instead he faked out his opponent and found a wide-open Derrick Etienne, who calmly drove a shot straight into the far corner.

Seattle, in the final for a fourth time in five years, could never really mount a comeback in the second half. Curaçao icon Eloy Room only needed to make a few saves in the Crew goal.

Instead, Zelarayán completed his masterful performance with a gorgeous upper-90 goal in the 82nd minute.

With that, the game was over and the socially distanced celebrations could begin in Columbus, and Anthony Precourt is left with, well, a cheap expansion team in Austin that he didn’t really deserve.