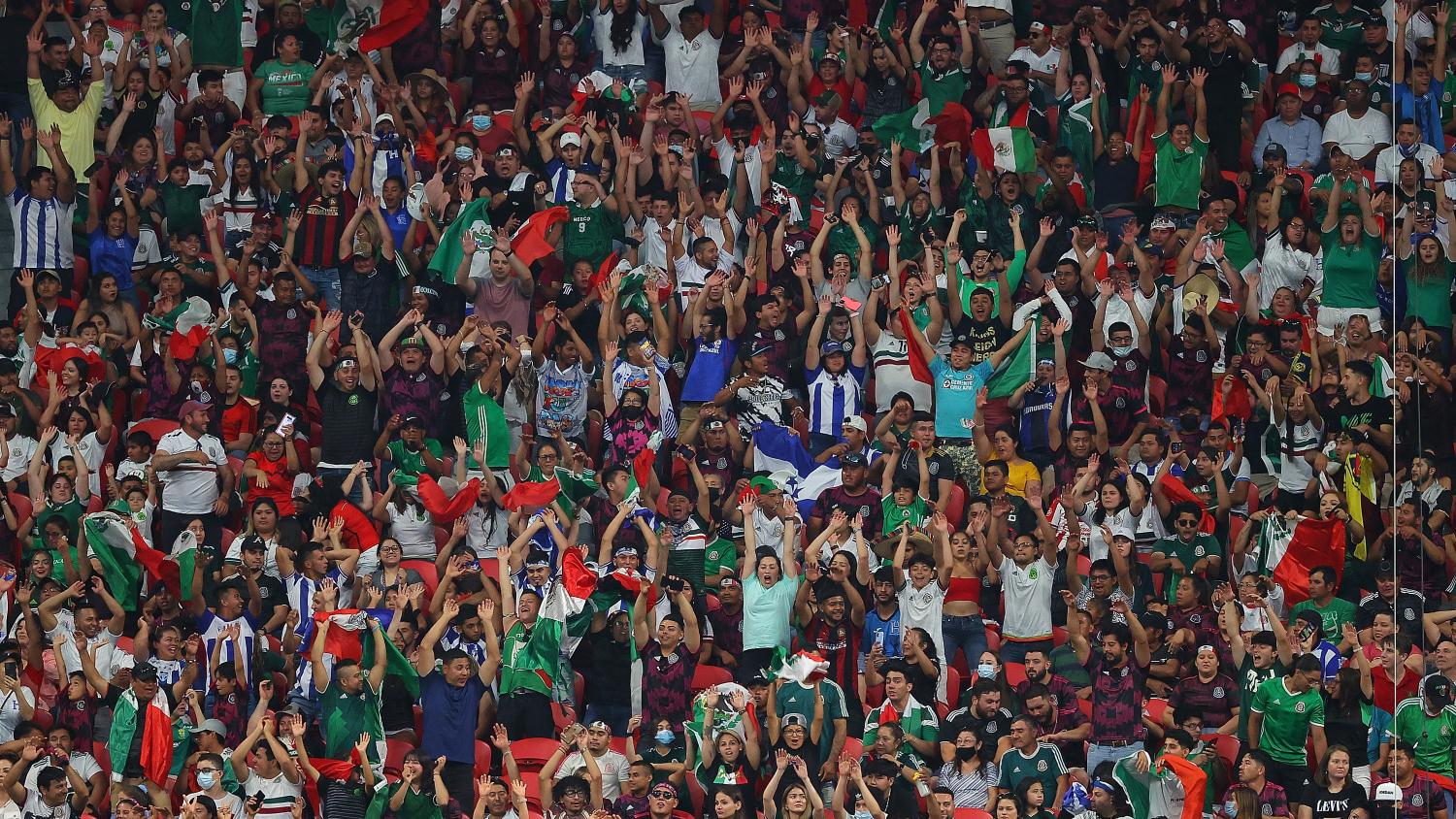 This has been a long time coming.
Getty Images

FIFA finally stepped in (not like Concacaf was going to) and punished Mexico for the continuous homophobic chants from fans on Friday. On top of a $65,000 fine, Mexico will be forced to play its first two home games of World Cup qualifying without fans. Officially, the punishment is due to the chants heard during Olympic qualifying.

Now official: Mexico will have to play its first two home World Cup qualifiers in an empty stadium as punishment for homophobic chants by its fans. Already an investigation is underway into additional recent instances, which means stiffer penalties could be on the way. pic.twitter.com/JaG633YNMS

Mexico will have to play two World Cup qualifiers in empty stadiums as punishment for homophobic chants pic.twitter.com/eYUlm5AWRD

FIFA and Concacaf have made small efforts in the past to stop the popular “ehh puto” chant from Mexico fans, but this is the first time a meaningful punishment has been doled out. Mexico tried several campaigns to discourage fans from using the chant, but those effort were ineffective.

The chant has still surfaced at the most recent games featuring Mexico.

The Concacaf Nations League semifinal and final were momentarily stopped due to Mexico fans belting out the chant. The chant was also heard at Mexico’s games during Olympic qualifying. FIFA has been aware of the issue for a long time.

It has taken FIFA far too long to finally start taking more serious action against Mexico for its fans' homophobic chants. This tweet is from four years ago. https://t.co/rXSDPiEgTk

Mexico’s first two home games are against Jamaica and Canada. This will be a huge advantage for the two nations as away games in Mexico are the most challenging in all of Concacaf.

"September 2019 Liga MX President and I presented the anti-discriminatory protocol."

"The protocol has been implemented since 2019, during MNT and Liga MX matches the screens in the stadiums have shown the consequences."

"We have received a sanction from FIFA's disciplinary commission caused by the chant heard on the stadium during the Concacaf Olympic Qualifiers."

"I want to thank all the support from all the media, our great ally @Concacaf, the clubs, and all the fans who have followed the protocol and have behaved properly."

"However, this has not been enough, so on behalf of the FMF, national teams, clubs, all of us who want to see México triumph, let's stop, let's stop now."

"I want to make a call for reflection to the Mexican fans so that they understand the scope of this type of attitude."

"If we don't stop this now, the effect it can have on the football industry in México can be devastating. I hope this is the first and last sanction that FIFA imposes."

"We are awaiting information from FIFA, we know that the has also been investigated. What is very clear that any activity of our National Team where the discriminatory act exists, will be sanctioned."

"We have to think that we are able to change this. It seems to me that we have achieved a lot these two years."

"All the effort will continue until we manage to change this."