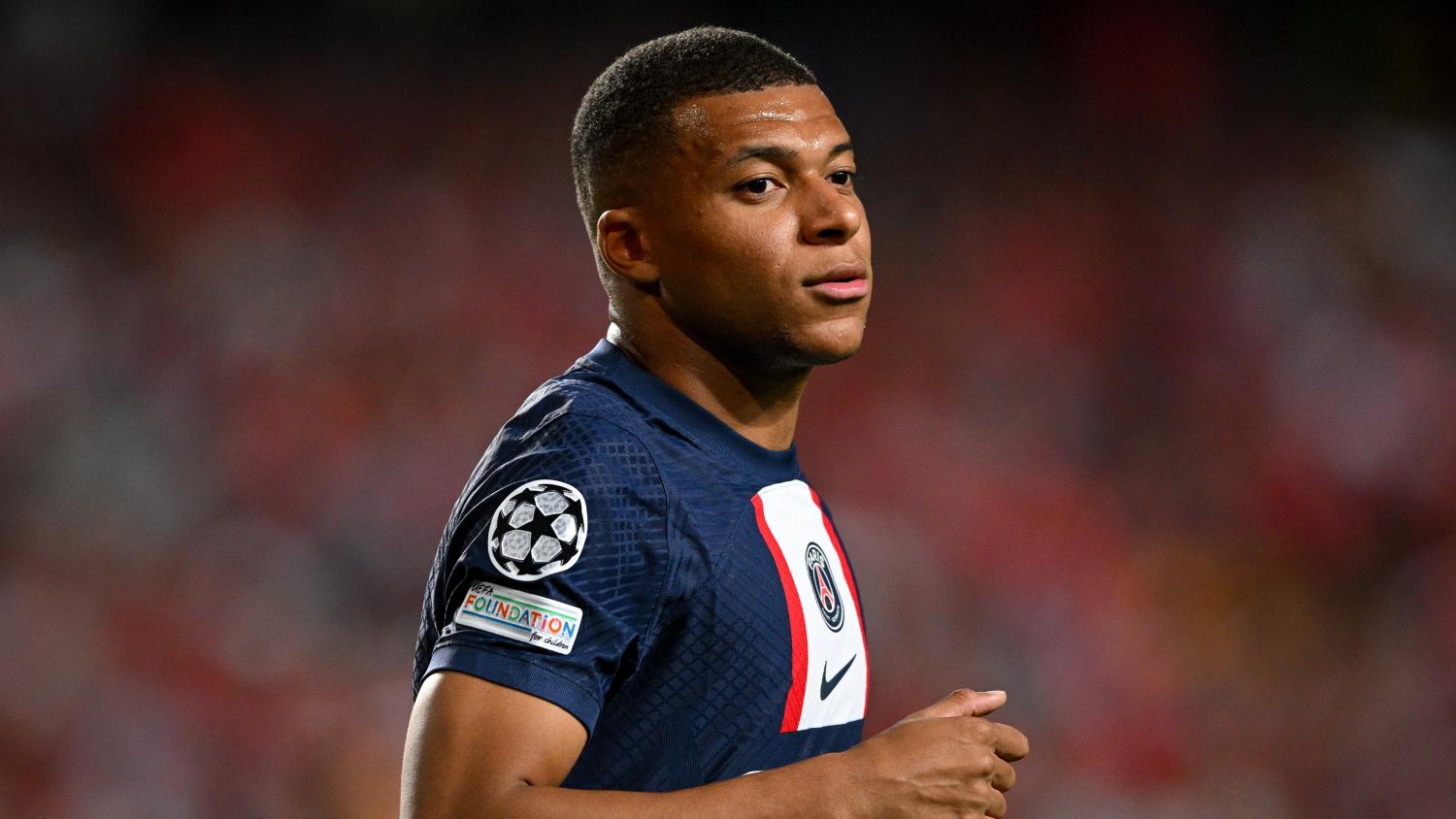 There were two players on this list I did NOT expect to see.
Getty Images

Forbes has revealed its list for the highest-paid soccer players 2022. For the first time since 2014, neither Lionel Messi nor Cristiano Ronaldo sit at No. 1 on the list. The era of Messi and Ronaldo is starting to fade and a kid from France sits upon the money throne.

Mbappe has emerged as the world's highest-paid footballer, the first time a player other than Messi or Ronaldo has topped the list in eight years, according to Forbes pic.twitter.com/8UsD6Ak3CG

Kylian Mbappé looked set to go to Real Madrid this past summer, however to the surprise of many soccer fans he signed a three-year contract extension with Paris Saint-Germain. His annual paycheck from the Parisian club might help explain why he stayed.

Let’s get into the rest of the Forbes top 10 highest-paid soccer players list. I guarantee there will be two players on this list that will surprise you.

At only 23 years old, Mbappé is receiving more money than anyone else in the soccer world. Before taxes and agent fees he will rake in a ludicrous $128 million. PSG is paying Mbappé more than Messi and Ronaldo get paid from their respective clubs combined.

As the French youngster’s image grows that endorsement money will only get larger.

PSG takes the top two spots on this list with Messi coming in just behind his club teammate. When Barcelona ran into financial troubles the club was forced to part ways with Messi. Looking at his salary it makes a little more sense as to why the Catalan club couldn’t afford to pay Messi.

Messi’s contract with PSG ends in 2023 and with Barcelona becoming more stable financially we could see the Argentine return to the club he played with for 17 seasons.

Ronaldo is the only player on this list who makes more money off the field than he does on it. The ‘CR7’ brand is holding strong despite this season’s struggles with Manchester United.

Brands like Nike, Herbalife and Livescore are still paying the big bucks to have Ronaldo as a partner.

Neymar’s salary is only HALF on Mbappé’s. In total the three superstars combine for almost a quarter of a billion dollars in salaries alone.

The 30-year-old Brazilian star extended his contract with PSG in 2021 and will be with the club until 2025.

Salah holds the title for the highest-paid African soccer player in the world. He’s one of the main faces of Adidas and will stay with Liverpool until 2025.

Haaland is the youngest player on this list at just 22 years old. His first season with Manchester City is off to an insanely good start and he will surely move up this list in 2023.

Forbes reports that Haaland’s next shoe deal could pay him $18 million annually.

The first LaLiga player on the list is Lewandowski. The 34-year-old Polish striker made a $45 million transfer to Barcelona from Bayern Munich this summer and is enjoying life in Spain.

His ‘RL9’ brand isn’t nearly as popular as Ronaldo’s ‘CR7’ but the Pole is still making a nice $8 million off the field.

You think Real Madrid regrets the contract they signed with Hazard? The Belgian forward has only contributed four goals in LaLiga across 51 appearances, averaging one goal every 10 hours of play.

It’s safe to say Hazard is one of the biggest busts in history. He will continue to get paid handsomely by Real Madrid until his contract runs out at the end of 2023-24 season.

Iniesta, 38, is the oldest player on this list and the only one not playing for a European club. The Spanish legend has been playing in the J1 League with Vissel Kobe since 2018 and he signed a two-season contract extension in May 2021.

Finishing up the list is arguably the world’s best midfielder. This list goes to show that if you want to become super rich as a soccer player then your best chances are to be a forward.

The goal scorers make the big money, but I’m sure De Bruyne isn’t complaining about his $29 million.