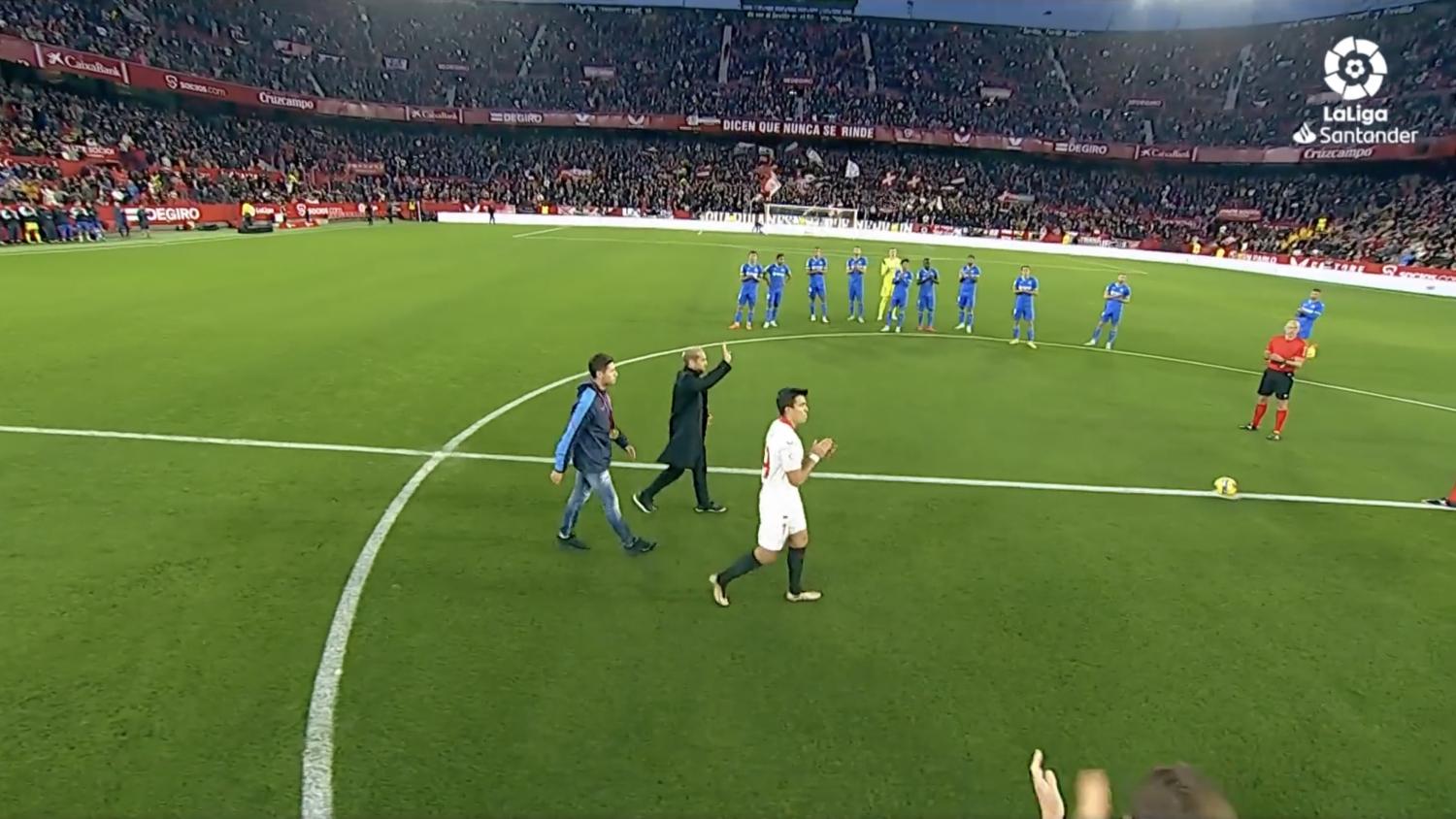 Argentina's victorious World Cup squad members have all gone back to their club sides where they've been given receptions befitting the return of conquering heroes. PSG gave Lionel Messi a guard of honor on Wednesday when he returned to training, Alexis Mac Allister was serenaded by Brighton teammates and Enzo Fernández... well, he was dropped by Benfica for skipping training while trying to force a transfer but all has reportedly been forgiven now.

The best return, however, was reserved for 31-year-old left back Marcos Acuña on Sunday. The Sevilla defender only missed the World Cup semifinal through suspension but otherwise had an excellent tournament for Argentina and very nearly created the winner during the final's later stages (he also got an important yellow card for a tactical foul on Kingsley Coman).

Acuña's already played a couple matches for Sevilla since returning, and he looked supremely confident when almost scoring the goal of the season against Celta Vigo, but both of those matches were away from home.

On Sunday, Sevilla returned to the Ramón Sánchez Pizjuán for a LaLiga match against Getafe, giving the club a chance to honor Acuña, Papu Gómez and Gonzalo Montiel before the game.

Papu appeared in two games (Saudi Arabia and Australia) but injured his ankle and is out for another month. Montiel appeared in four games (conceding the penalty that allowed France to equalize in extra time but then scoring the winning pen in the shootout) and is also still recovering.

Acuña started at left back, and in the 36th minute he put Sevilla up 1-0 off Ivan Rakitić's service. It's only the 31-year-old's third goal in three years for Sevilla, but every Argentine is clearly living their best life right now.

It's also worth remembering that Sevilla is now managed by Jorge Sampaoli. He was the man in charge during Argentina's tumultuous 2018 World Cup. I still can't look at him without feeling the anxiety of a hugely unbalanced formation.

Sevilla won the match 2-1 to climb to 17th and out of the relegation zone on goal difference.