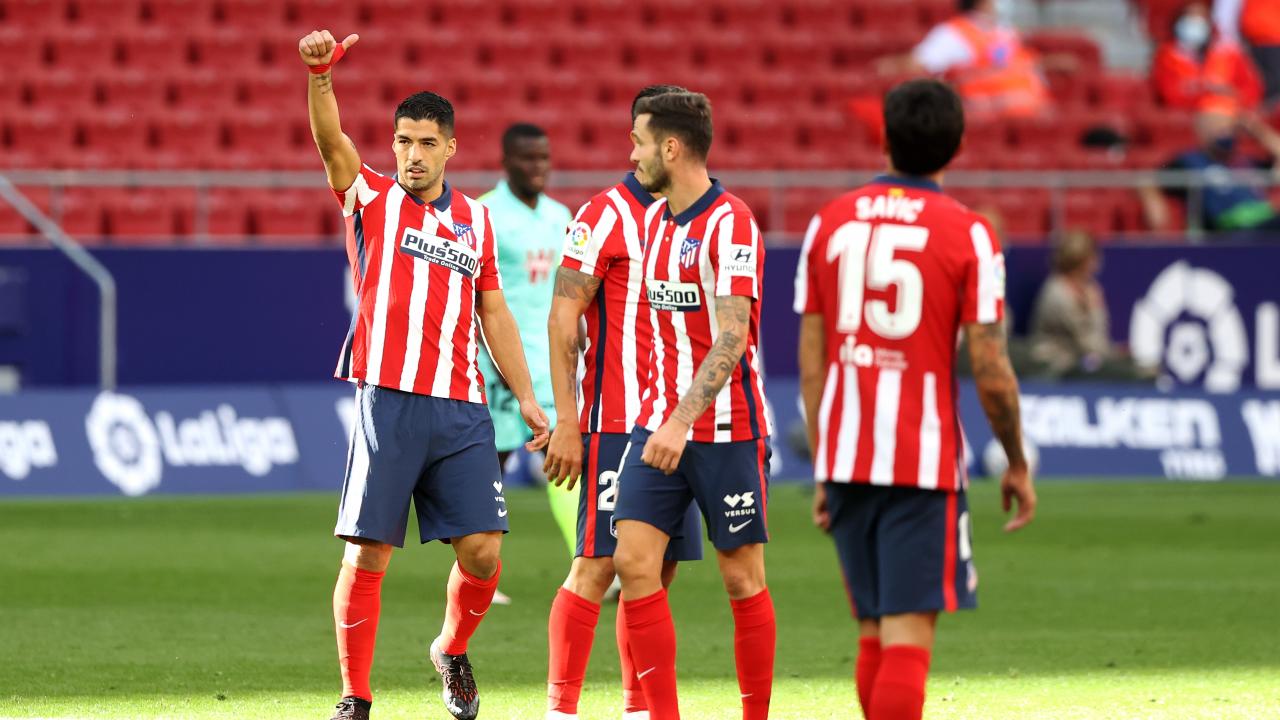 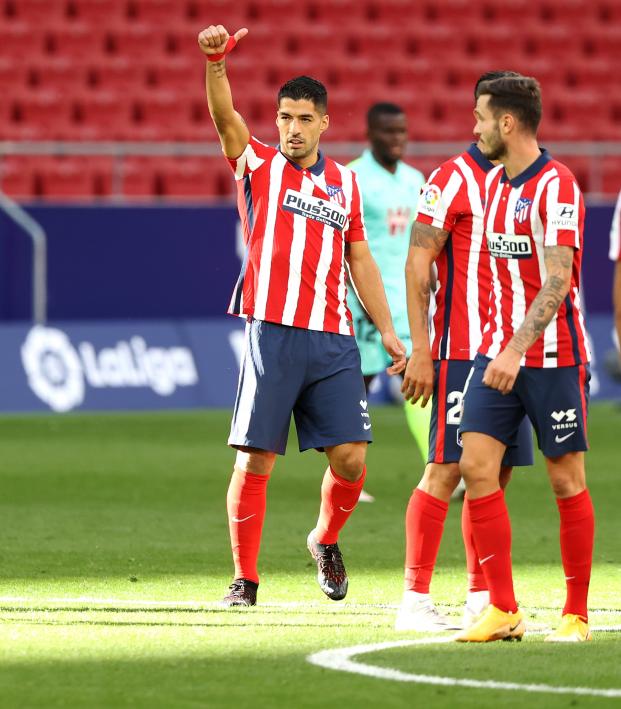 Reuters September 27, 2020
Luis Suárez had two goals and one assist in just 20 minutes.

MADRID — Luis Suarez had a stunning impact on his debut for Atletico Madrid following his move from Barcelona, scoring twice and providing an assist as his side crushed Granada 6-1 at home in their first game of the La Liga season on Sunday.

Suarez, who only completed his switch from Barca on Friday, started on the bench and came on midway through the second half with his side already three goals up thanks to strikes from Diego Costa, Angel Correa and Joao Felix.

The Uruguayan instantly made his mark by releasing Marcos Llorente with an exquisite first touch and the Spaniard produced a first-time finish to score the fourth.

Suarez then directed a towering header into the net in the 86th minute after a cross from Llorente before scoring again in added time, after Jorge Molina had struck a late consolation goal for Granada.

Atletico had taken control of the game when Diego Costa headed home a cross from Correa in the ninth minute.

They should have doubled their advantage soon after when Joao Felix earned a penalty but midfielder Saul Niguez had his spot kick saved and then volleyed the rebound off target.

Granada had gone into the game on a run of four straight victories in all competitions but Atletico soon put the game out of their reach after the interval.

Record signing Felix picked out Correa and the Argentine superbly controlled before finishing into the far corner in the 47th minute while the Portuguese showed his class to score the third goal soon after.

Felix's brilliant performance was soon upstaged by Suarez, however, the Uruguayan looking insatiable in the 20 minutes he was on the pitch after replacing Costa.

After laying on the pass for Llorente, Suarez looked to have won a penalty when he drew a foul from Fede Vico and was all set to take the spot kick before the referee overturned the decision after reviewing the play on the pitchside monitor.

Suarez, though, went on to prove he still has much to offer at the top level after being forced out by Barca despite his 198 goals for the club in all competitions over six seasons -- the third highest tally by any player in their history.