The lasting image of Lionel Messi's dominance in El Clásico is certainly his iconic celebration at the Santiago Bernabéu on April 23, 2017. Despite being on the receiving end of a Marcelo elbow that left him bloodied and a two-footed tackle by Sergio Ramos that amounted to his fifth Clásico red card, Messi scored a brilliant solo goal to equalize for Barça before curling home the winner in the 92nd-minute.

He then took off his shirt and displayed his name and number to 81,000 stunned Madridistas – a celebration that left Cristiano Ronaldo's ego so bruised and battered that the attempted to recreate it when scoring in the Spanish Super Cup. It was just kind of sad.

Relive Messi's #ElClasico winner from last season through television commentaries from around the world! pic.twitter.com/tZPTnnBE83

Well, apparently Messi isn't in possession of that jersey — which is surprising given his love of the game's history. The shirt was recently put up for auction after going through an authentication process and eventually sold for $450,000.

The value of the shirt probably won't increase much in the next 10 to 20 years, but when you consider that Diego Maradona's ‘Hand of God’ jersey was recently expected to sell for over $5 million, this doesn't seem like a bad piece of business in the long run. 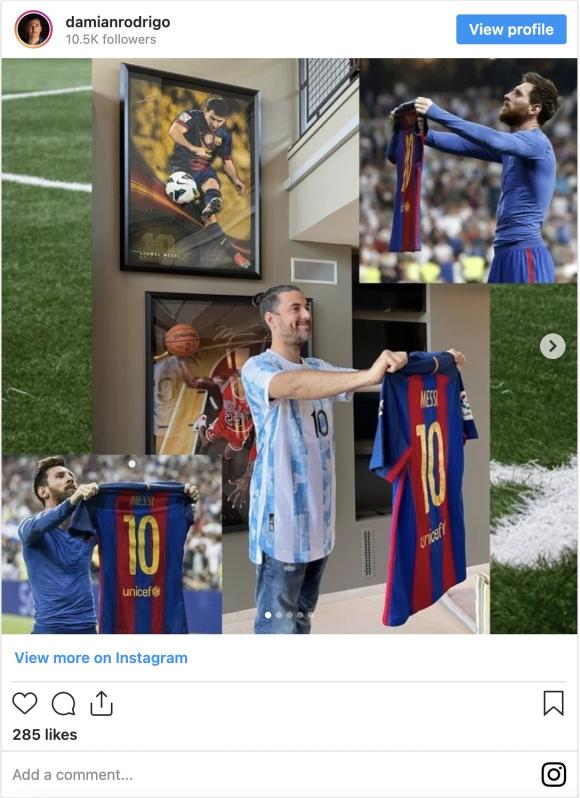