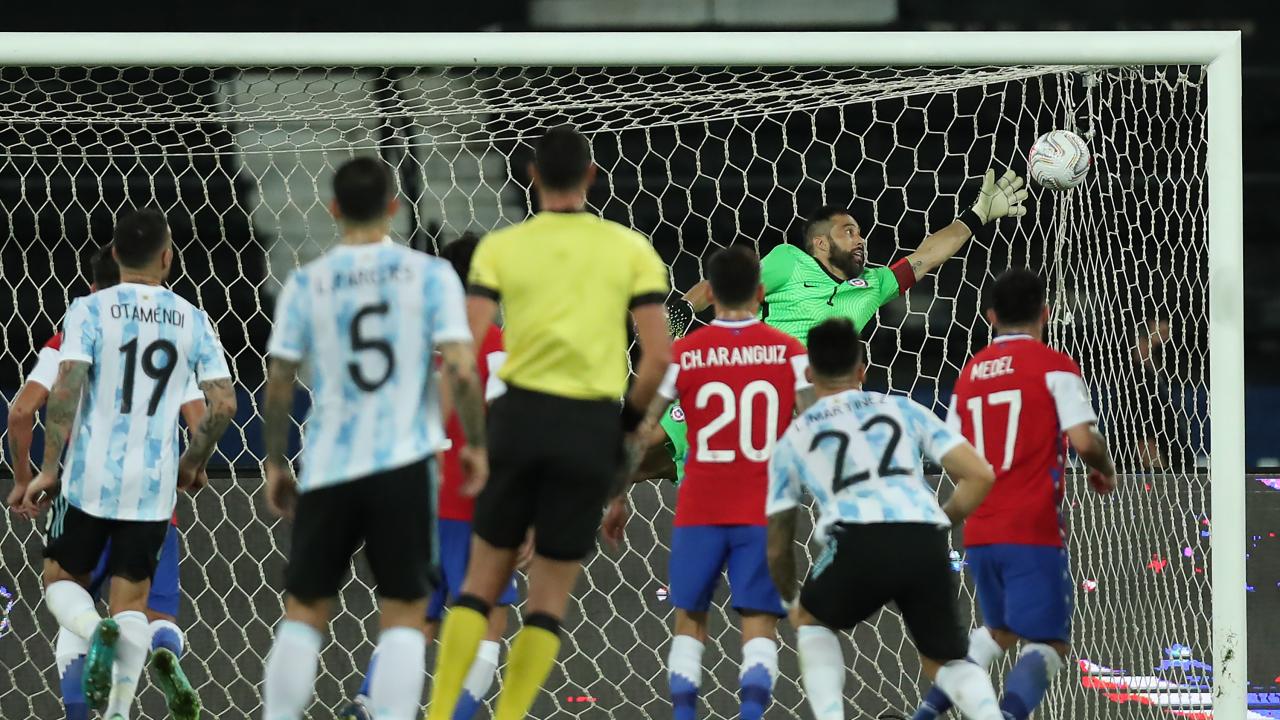 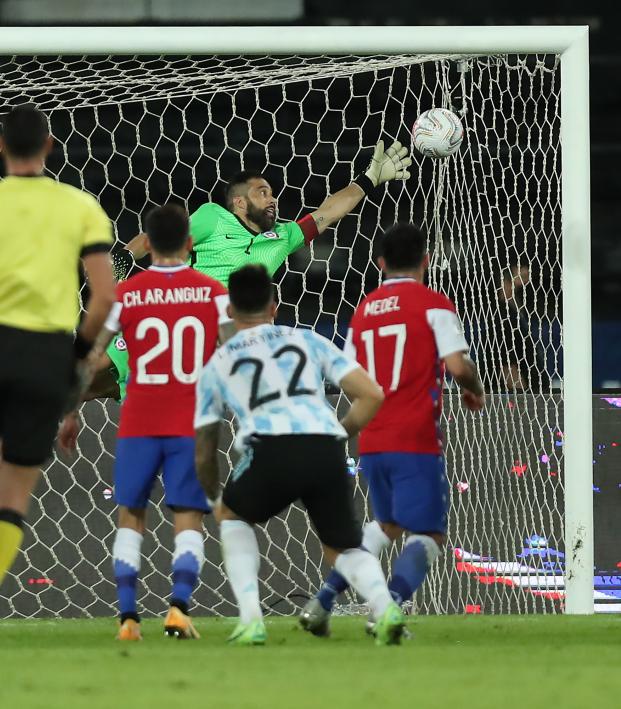 Travis Yoesting June 14, 2021
Lionel Messi’s magisterial free kick goal against Chile was about as good as it gets.

Countless soccer fans across the U.S. are paying close attention to Euro 2020, taking place across Europe this month. But let this be a reminder: 2021 Copa América is also going on right now in Brazil, and it’s every bit as entertaining (if not more so) as the Euros. Don’t believe me? Check out the delicious Lionel Messi free kick vs Chile from Argentina’s thrilling 1-1 draw on Monday.

If we’re being honest, the group stage of Copa América this year is pretty pointless, with 20 group-stage matches being played to eliminate just two teams before the knockout rounds. But this is the Copa América, where the rivalries ensure no game is taken lightly.

One of the best South American rivalries in recent years is Argentina vs. Chile. Messi’s quest for a major international trophy has been quashed by Chile twice in Copa América finals, and the two nations have played some thrillers over the last decade. So even though Chile and Argentina are almost certainly reaching the knockout stages, Monday’s match in Rio de Janeiro had plenty at stake.

Messi probably watched as Neymar tallied a goal and an assist in Brazil’s 3-0 win over Venezuela to kick off the tournament on Sunday. He didn’t take long to make his own mark on the 2021 Copa. After a bad foul by Chile’s Erick Pulgar, La Pulga curled yet another beautiful free kick into the upper 90.

Messi makes those free kicks look easy, but if they were easy you’d see those goals flying it all the time (and Cristiano Ronaldo would score more free kicks). The Argentine maestro had to be perfect to beat Claudio Bravo, who made a few great saves earlier in the match. Amazingly, Bravo saved a similar effort from Messi in World Cup qualifying about two week ago, but he couldn’t reach this one.

The goal was Messi’s 73rd for Argentina, putting him just four behind Pelé for most all-time by a South American — and seven ahead of Neymar. It was also Messi’s 57th free kick goal in all competitions for club and country.

Chile, without the injured Alexis Sanchez, didn’t create as many chances as Argentina, but was dangerous throughout. La Roja got on the board when the VAR awarded a penalty kick after Arturo Vidal was fouled in the box. Normally refs refuse to call penalties when players are taken out after attempting a shot, but this time the VAR decided to actually punish Nicolás Tagliafico for the late tackle.

Emiliano Martinez impressively saved Vidal’s ensuing penalty kick off the crossbar, but Eduardo Vargas headed in the rebound to equalize. It was a very Concacaf-y sequence in CONMEBOL.

A feisty match until the end, the teams played to a 1-1 draw loaded with full-blooded challenges (Vidal was lucky not to be sent off for a foul in the 72nd minute). Argentina outshot Chile 18-5, but La Roja actually finished with more possession.

Things won’t get any easier for La Albiceleste with Uruguay next up on Friday. Chile plays Bolivia the same day.

Before the match, a tribute was paid to Diego Maradona, the Argentine great who died last year.