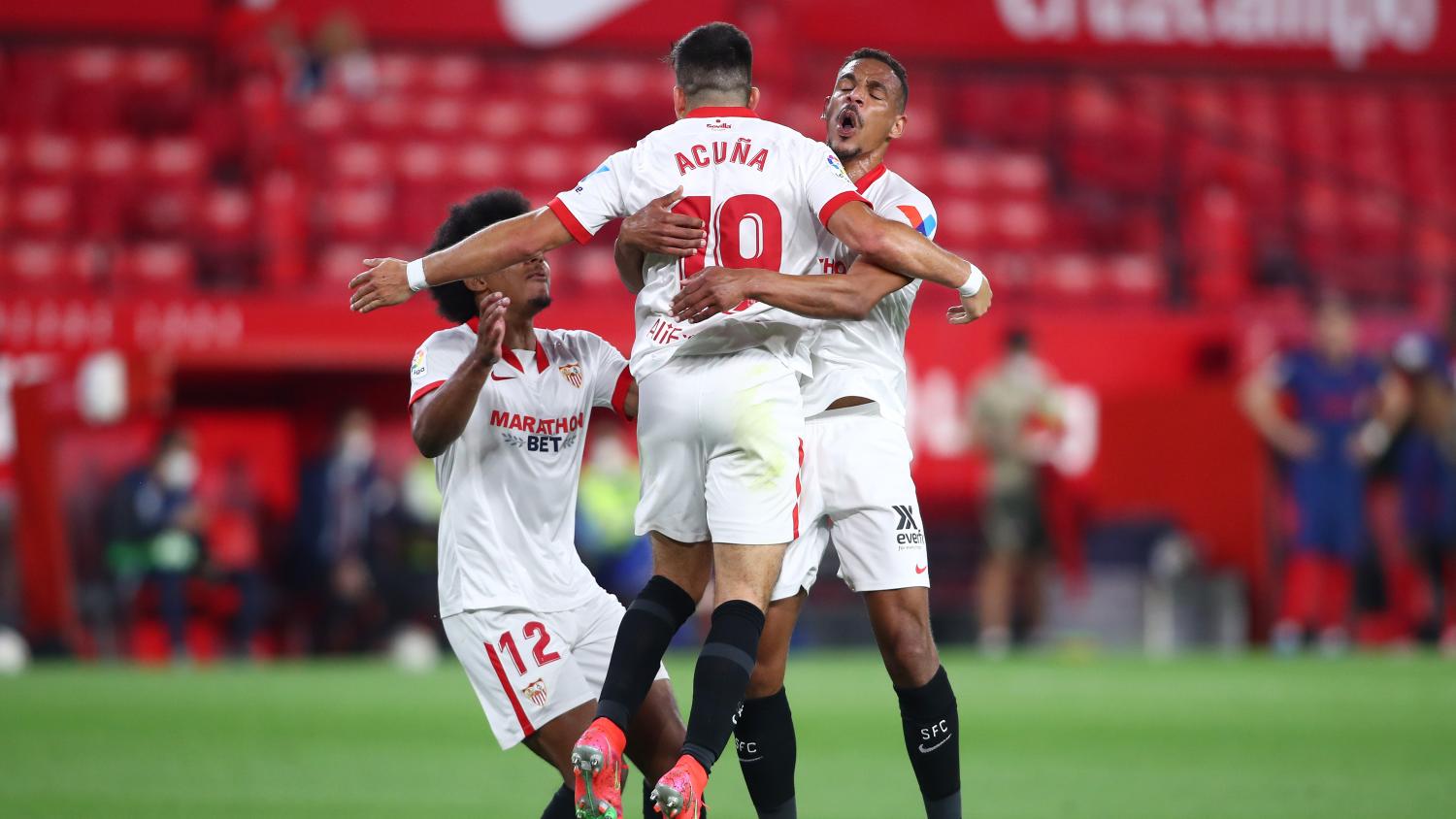 After stumbling into the international break on the back of Champions League elimination and a nine-game league run that had yielded only four wins, four draws and one defeat, all eyes were on LaLiga leader Atlético Madrid on Sunday as the club navigated a difficult away trip to fourth-place Sevilla.

Diego Simeone’s starting lineup was heavily influenced by Yannick Carrasco’s suspension, João Félix’s ankle injury and Stefan Savić’s late scratch because of gastrointestinal problems, so Atlético looked to Luis Suárez, Thomas Lemar and Marcos Llorente to create the attacking spark that was so desperately missing in recent matches against Getafe and Alavés.

However, it was Sevilla that dominated the opening period with Suso forcing a commanding save from Jan Oblak before the Slovenian keeper produced another heroic moment for Atlético.

It was Oblak who denied Alavés’ late penalty last time out to preserve all three points for Atlético, and after Sevilla’s Ivan Rakitić was brought down in the area in the eighth-minute of this one, Oblak again produced a wonderful penalty save to stonewall Lucas Ocampos.

But Atlético couldn’t find any inspiration from that save, and Sevilla ended the half with 66% possession and 12 shots while Simeone’s men typically sat deep with a straight back five shielded by four midfielders and Suárez looking a lonely figure up top.

It was that sort of night for the Uruguayan.

Suarez and Acuña giving us a taste of what Uruguay vs. Argentina would've looked like if the March qualifiers hadn't been postponed #SevillaFCAtleti pic.twitter.com/GwkWYOTar3

And it was Suárez’s Argentine rival Marcos Acuña who opened the scoring for Sevilla in the 70th minute following a flowing move that left Atlético chasing shadows.

Atlético remains in first after 29 matches with 66 points, followed by Real Madrid on 63. However, Barcelona still has a game in hand, which will be played tomorrow against Valladolid. If Barça wins, they overtake Real Madrid in second and move to within a single point of Atlético with nine matches remaining in LaLiga.

LaLiga table ahead of Barcelona finishing Matchday 29 on Monday.