Connor Fleming January 27, 2021
Kauan Basile is an 8-year-old prodigy who plays for Santos.

We’ve reached a new level in the relationship between Nike and the young phenoms churned out at Santos FC. It began with PSG’s Neymar, who signed with the multinational corporation at the age of 13. That trend continued with Real Madrid’s Rodrygo, who, at the tender age of 11, became Nike’s youngest-ever affiliated athlete after dazzling at a youth tournament in New York.

But the bar has been raised again by 8-year-old Kauan Basile, who plays for Santos’ U-9 indoor team. Football is in his blood as his father and great-grandfather both played professionally, and we’ll definitely keep you updated with his progress over the next 20 years. (There’s the off chance that I could die of natural causes before he’s even turned pro.)

“I am very happy with the opportunity to play for Santos, as well as the contract. I like to play football,” Kauan Basile told Gazeta Esportiva.

According to reports, the contract with Nike is guaranteed over three years, and there’s an option to extend it for two more. He’s now the youngest player in the world to sign with Nike. 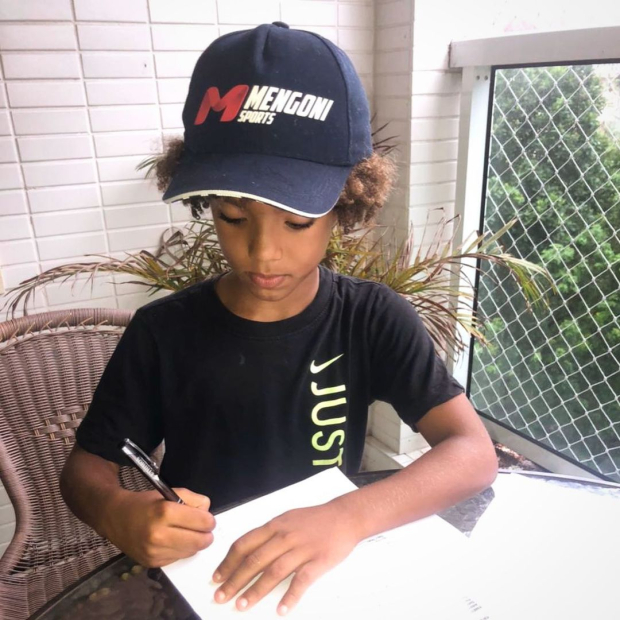 "What is this? This isn't a football."

I don’t know how good Kauan Basile will be, but I do know that he’s already better than me.