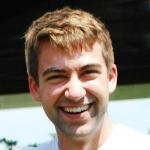 Grant Burkhardt February 1, 2015
In this installment of the most energetic soccer commentator on the planet, Ray Hudson loses his damn mind when Benzema scores for Real Madrid.

Real Madrid stretched its La Liga lead back to four points (well, until Barcelona won 3-2 over Villarreal Sunday) with a 4-1 home win over Real Sociedad on Saturday.

Most notably during the match, Karim Benzema added the HAMMER OF THOR onto the end of a solid league win. (Note: You’ll want to have your volume turned up before pressing play on the ensuing clip.)

You’ll obviously note the screaming lunatic announcer, affectionately known as Ray Hudson, making a sound with his throat and mouth that no other human could have even conceived. The best part is that he starts screaming before the ball is even in the very top corner of the net.

Finding clips online of Ray Hudson going ballistic at a fantastic play isn’t difficult - just drop his name and Lionel Messi's in the same Google search - but this is some of his finest work.

It’s some of Benzema’s, too. A longer clip of the goal shows that he started the play, ran circles around Sociedad’s defense, and then emphatically ended it:

That howitzer is the woefully underrated forward’s 11th goal of the domestic season. He’s also notched five in the Champions League in four games.