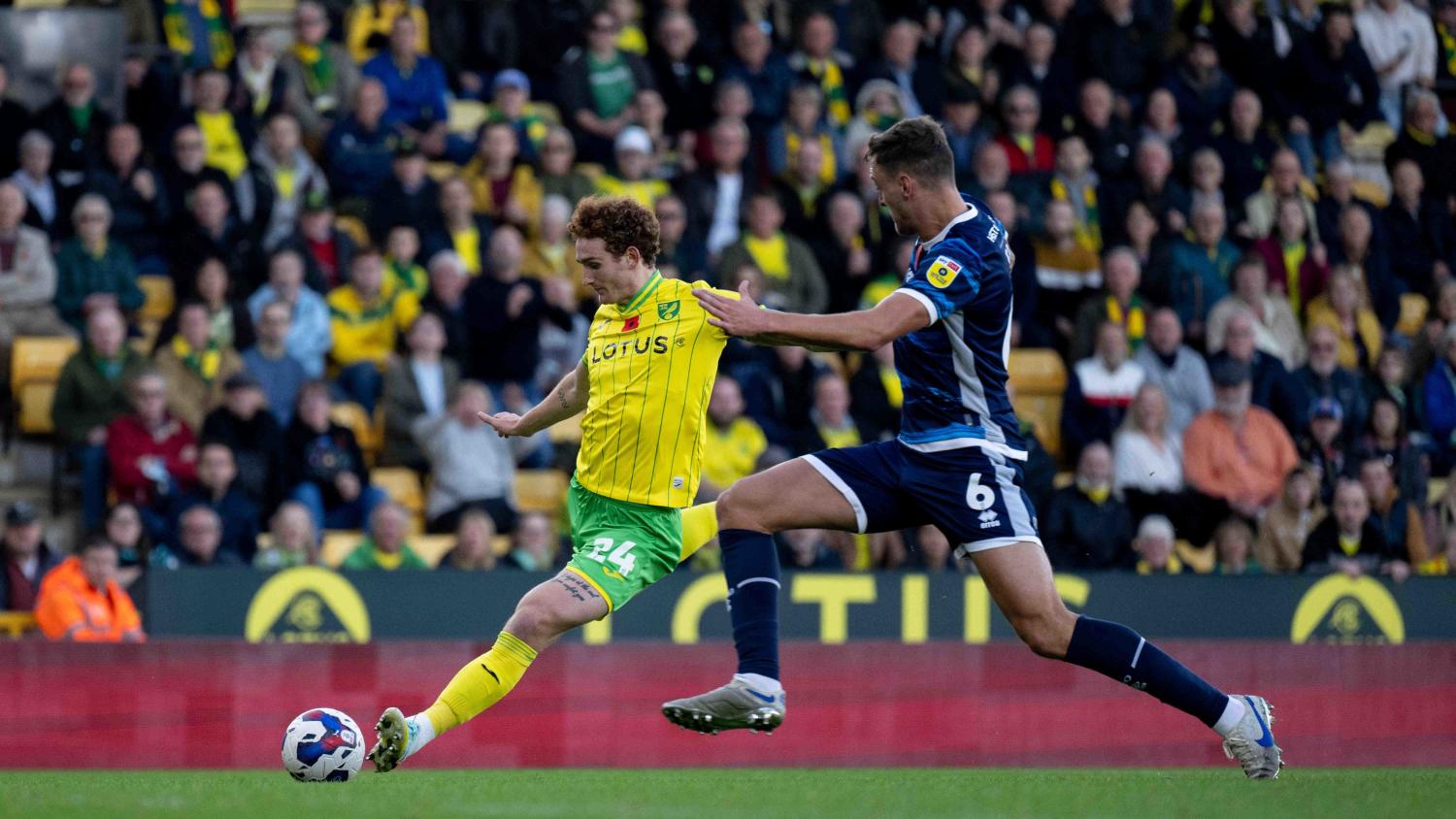 Sargent could get the start against Wales.
@NorwichCityFC | Twitter

The United States men’s national team begins its World Cup campaign against Wales in just over a week and it’s still not clear who will start at the striker position. Josh Sargent helped his case for the starting role after scoring in Norwich City’s final game before the World Cup break on Saturday.

Norwich lost 2-1 to Middlesbrough on Saturday with the lone goal for the Canaries coming from Sargent. In the seventh minute he slotted in a shot past fellow American goalkeeper Zack Steffen to open the scoring.

JOSH SARGENT’S ON FIRE his ninth goal of the season for Norwich. Against fellow American Zack Steffen in the Boro goal. May Soccer Gritty continue his scoring nine days from today. pic.twitter.com/mh4DoIc4Vd

The goal was Sargent’s ninth of the season in what has been a comeback year for the 22-year-old. His form this season for Norwich got him back in the USMNT spotlight and ultimately led to him being selected on Gregg Berhalter’s 26-man World Cup roster.

Berhalter also said that Sargent’s experience of playing in England against English and Welsh opponents makes him valuable for the USMNT at the World Cup. Could Berhalter be hinting that Sargent gets the start vs. Wales?

"Josh is kind of a hybrid between Jesus Ferreira and Haji Wright, plays in England, is very familiar with the opponents there. We think that's gonna be an advantage for us."

Sargent will be relieved to head into the World Cup on a high note. Saturday’s game was the first time he scored for Norwich since Oct. 15.

The goalkeeper he scored against, Steffen, was an American who many thought would go to Qatar but was left off the roster.

It’s worth highlighting that Steffen had five saves in the game against Norwich which helped Middlesbrough earn a needed three points.