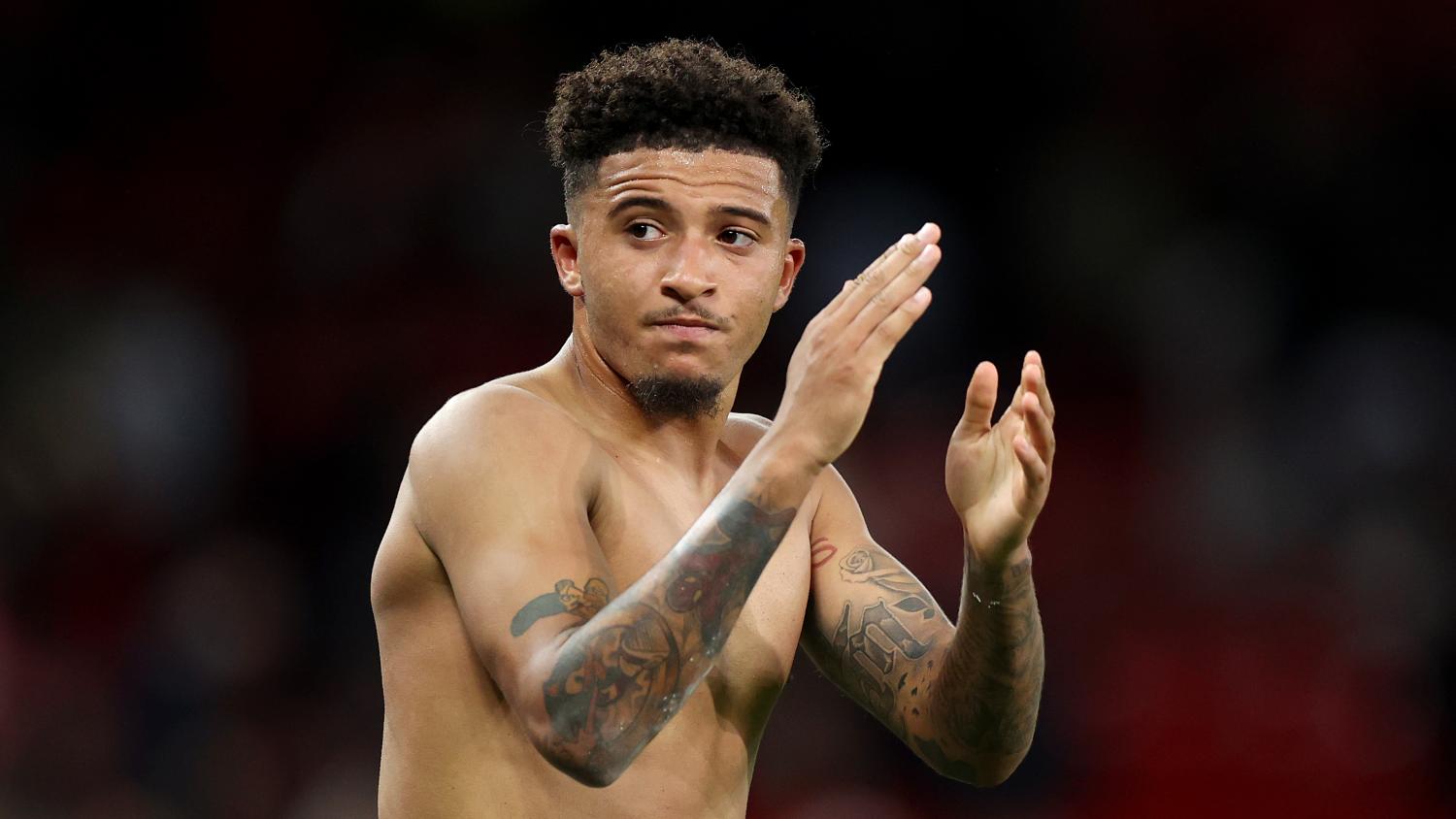 The 21-year-old has only been given a total of 200 minutes across five EPL appearances.
Getty Images

LONDON - Jadon Sancho's lack of game time at Manchester United is "hurting the soul" of the man who sanctioned his $100 million move to Old Trafford, Borussia Dortmund CEO Hans-Joachim Watzke.

The 21-year-old England international has started only two of United's five Premier League games and was an unused substitute in the 1-0 defeat by Aston Villa on Saturday.

"Of course, I keep track of what he's doing. It also hurts my soul that he is so neglected," Watzke told SPORT1. "I love Jadon, when you see him play you get tears in your eyes. I think his problem is that he's not that settled in the English national team."

Winger Sancho has made only one 90-minute appearance for United with manager Ole Gunnar Solskjaer seeming to prefer Mason Greenwood on the right. Former United midfielder Paul Ince was critical of Sancho's performance in the 1-0 defeat by West Ham United in the League Cup last week.

"I know he's still young, I get that he's still learning but this is not a FIFA game, it's not all about dribbling and little flicks, nice when they come off. But play proper football," Ince told YouTube channel The United Stand.

This is what Sancho does , pass and move , pass and go! And there isn’t many players who does it better than him , i’ll tell you that!Baller #MUFC @Sanchooo10 pic.twitter.com/hLgCDngQqv

While Sancho, who was a big hit at Dortmund, has not made the instant impact some expected at Old Trafford, Solskjaer says he was recruited very much with the future in mind.

"We knew his talent, and we signed him with the thought that we are going to have a top forward here for the next 10 or 12 years," the Norwegian said. "Jadon's finding his feet, it's unfortunate that he fell ill just when he was going to come in, so he was out, and he lost a bit of pre-season. But he is working hard and he will be good."