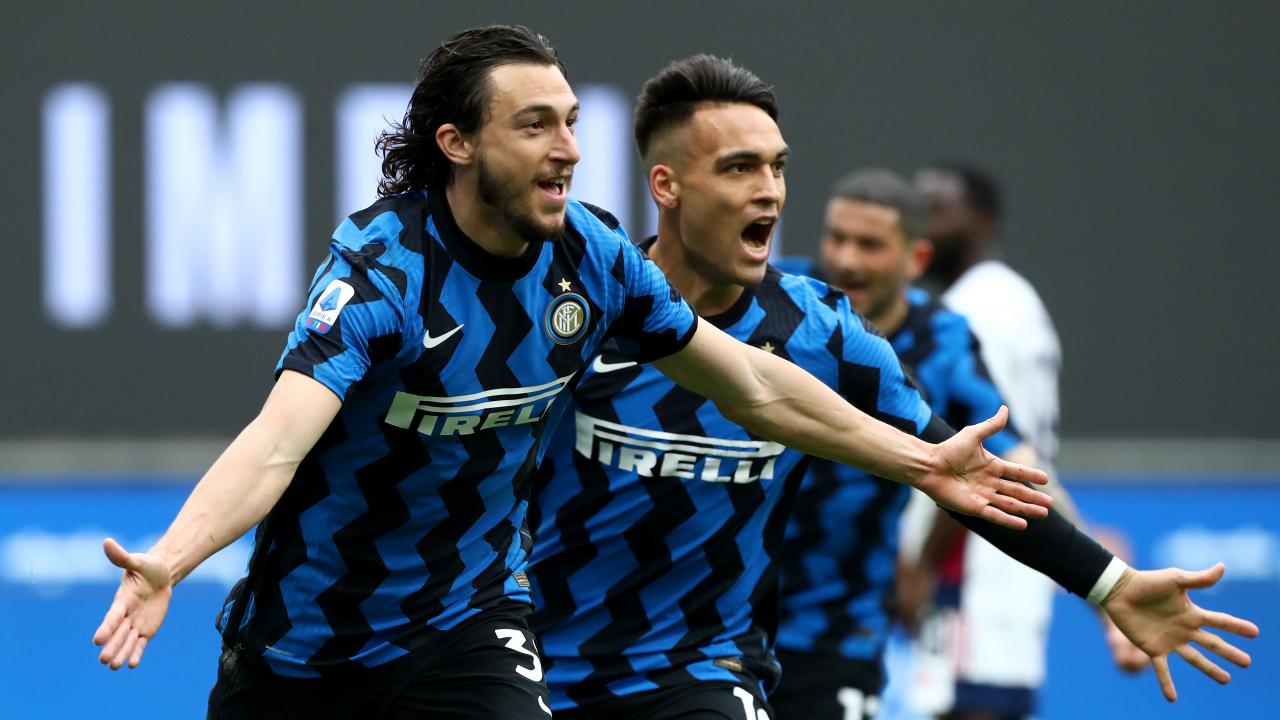 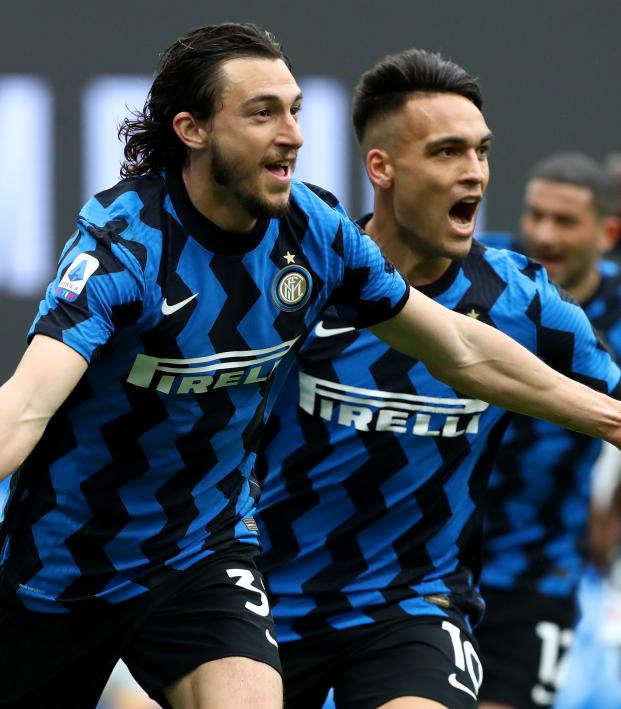 MILAN - A rare goal from full back Matteo Darmian earned Inter Milan a 1-0 victory over Cagliari on Sunday, as Antonio Conte's side closed on their first Serie A title in 11 years.

Struggling Cagliari were proving to be a tough nut to crack in the San Siro, with debutant goalkeeper Guglielmo Vicario making several fine saves to keep the league leaders at bay.

But the visitors' resistance was broken by an unlikely source in Darmian, whose second league goal of the season in the 77th minute secured Inter a 11th successive league win. Inter moved 11 points clear of AC Milan in second with eight games to play while Cagliari remained languishing down in 18th place, five points from the safety zone.

"I like to repeat — these matches are starting to feel like victories are worth six points," Conte told DAZN. "Milan won (on Saturday) and it was important for us to keep our lead. It is not easy but we are getting used to it. For many it is the first time being under pressure like this, playing always to win. I am very satisfied with what we are doing."

With such a healthy lead at the top of the table, Conte shuffled his pack for Cagliari's visit, with Lautaro Martínez and Achraf Hakimi given a rest, but Inter's cohesion did not suffer early on as they created plenty of chances. Christian Eriksen forced the best save from Vicario in the first half — a fine one-handed stop to claw out a goal-bound effort from the Dane.

As the match wore on, Inter started to look more nervous, and Conte brought Martínez and Hakimi on, with the latter instrumental in brilliantly setting up the chance for Darmian, who celebrated with a jubilant bench.