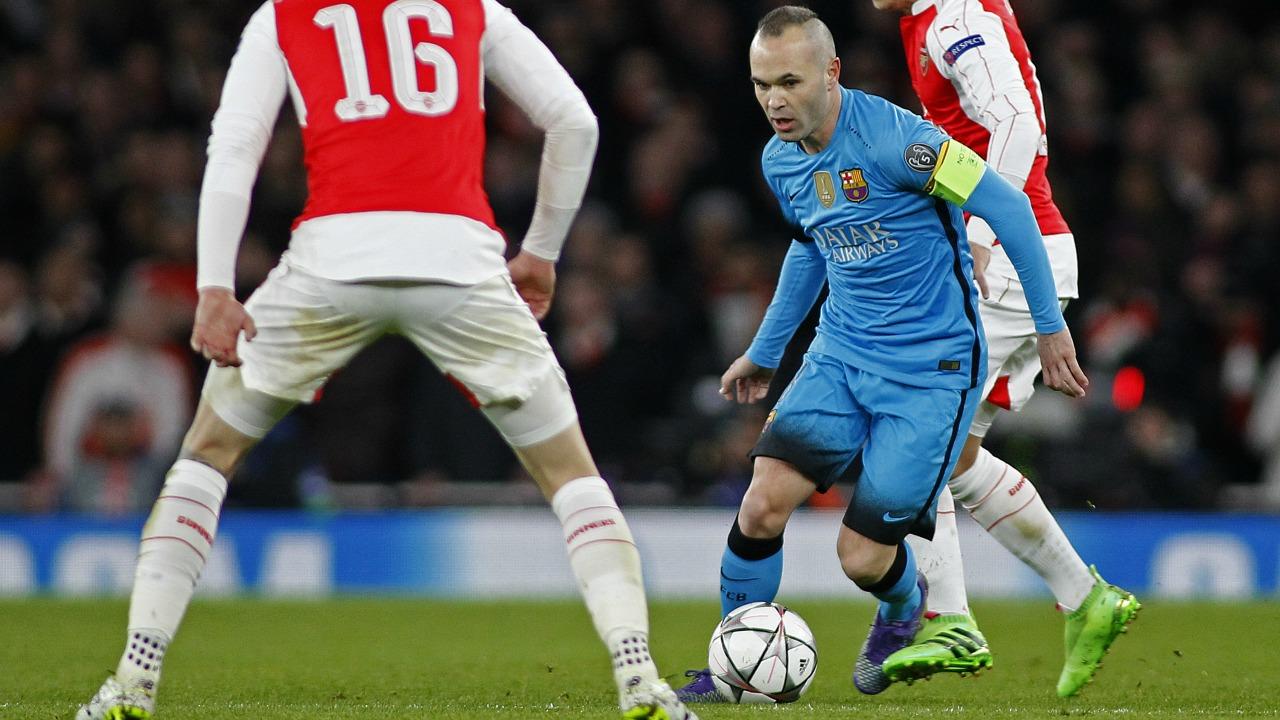 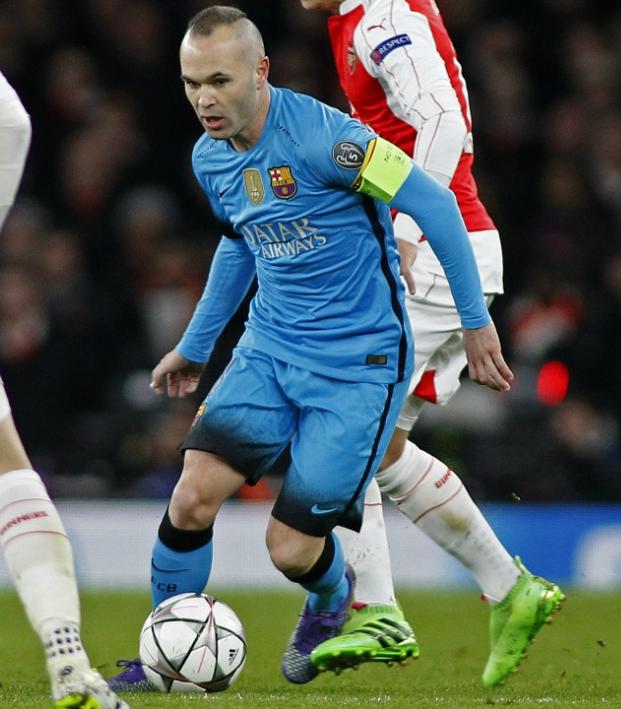 How To Play Like Andres Iniesta In 16/17: 4 Ways To Improve Your Game

Connor Fleming September 29, 2016
Andres Iniesta’s brilliant method for dominating the midfield demands a mindful approach that you can continuously work on replicating.

Andres Iniesta is capable of producing the wholly original — his skill on the pitch is of the once in a generation variety. In this regard, you have absolutely no hope of replicating him.

At 32 years of age, he’s still completed an average of four successful dribbles (taking on your marker and retaining possession) throughout the beginning of the 2016-17 La Liga season. That’s more than Lionel Messi.

Iniesta’s dribbling, touch and movement are all in the upper echelon of footballers. As Pep Guardiola says, “he’s the absolute business as a player. He never talks about himself, never demands anything, but people who think he’s satisfied just to play are wrong. If he thought he could win the Ballon d’Or one year, he’d want to win it.”

To want to play like Iniesta, however, demands more than countless hours working on perfecting your control, passing and finishing.

As Iniesta has aged, his game has remarkably evolved. He’s no longer the attacking midfielder who scored eight La Liga goals during the 2010-11 season, but he’s no less formidable and important to the Barca cause.

If there’s one thing that you can and should learn from Iniesta’s game, it has to do with his nickname: “El Cerebro” — The Brain.

As Barca’s number eight, Iniesta has become an increasingly important lynchpin behind the Barcelona front three of Lionel Messi, Luis Suarez and Neymar. Lining up alongside Sergio Busquets and Ivan Rakitic in Barca’s midfield, Iniesta’s play has switched from creating in the attacking third to dictating play from the middle of the park.

He’s a cerebral number eight in that he’s not a box-to-box midfielder but much more selective in his offensive and defensive contributions.

Iniesta knows the importance of putting the opponent under pressure before he’s even had time to think about his next move, but he’s also aware of the necessity of thinking beyond the present moment:

“If the attack has gone, don’t waste energy playing catch-up. You can be as much use to the team as a defender if the ball comes back,” he’s said.

How do you incorporate Iniesta’s intellectual approach into your game? If you’re mindful of these four aspects, at least some of the time, your game can only improve:

#1: Mastery of the Space Around You

Pep Guardiola has defined Iniesta’s play as such: “Andres is one of the greats. Why? Because of his mastery of the relationship between space and time. He knows where he is at every moment. Even in a midfield where he’s surrounded by countless players, he chooses the right path every time. He knows where and when, always.”

Iniesta has a mastery of the space around him. Here’s how Iniesta explains his positioning: “Before I receive the ball, I quickly look to see which players I can give it to. Always be aware of who is around you: if you feel them closing down, take a touch to move the ball away from them. Try and put yourself in space to get the pass: the more space you have, the more time you have to think.”

Iniesta, like all the other great midfielders, constantly has his head on a swivel. He’s always looking in every direction, his head never stops flitting about and taking mental pictures of the latest positions of teammates and opponents. Don't watch the ball, watch the space around you.

#2: Know When to Keep Possession and When to Take Risks

One of the most remarkable aspects about Iniesta’s game, like Xavi before him, is how unremarkable his ability to retain possession has come to seem. Watching Iniesta play, we should all feel guilty with regards to how expectant we’ve become of his ability to escape pressure and make the right decision.

This is because he does it almost every single time the ball is at his feet. While the midfield battle rages, players flying into tackles and thumping the ball about around him, Iniesta glides through it all. He’s remarkably quick, but it’s his ability to stop, transition and accelerate out of danger that stays with you.

“Andres doesn’t only have the ability to see everything, to know what to do, but also the talent to execute it; he’s able to break through those lines. He sees it and does it,” says Guardiola.

14 - Andrés Iniesta is the only player to have made at least one assist in each of the last 14 La Liga seasons. Sorcerer.

“Every pass is important. A bad pass loses possession and puts the team under pressure," explains Iniesta. "Short passes build momentum and if you have the ball then the opponents don’t do anything. Know the time to make a killer pass. If you need a goal, search for the space to make the pass. If you’re protecting a lead, keep possession and play safer.”

Beyond keeping possession, Barcelona have another principle that’s just as important to their attack: attacking the center-backs. If Barcelona mastered possession but did little to disrupt the back line, tiki-taka would’ve died long ago.

Thankfully, Barcelona have the dribbling skills of Neymar, Messi and Iniesta to disrupt even the most well-drilled and disciplined of defenses. In order to gain the advantage, it’s necessary for Iniesta to occasionally step forward from midfield and attack the back line.

“If the central defender has to step out, everything opens up; the whole defense becomes disorganized and spaces appear that weren’t there before…Andres generated everything: dribbling, numerical superiority, the ability to unbalance the game, the final pass, both to the outside and filtered through the middle,” says Guardiola.

Iniesta has his own ideas regarding how to best attack hulking center-backs:

“If I play against a big player, I play the ball quickly on the ground. Playing a quick one-two is also very effective as bigger players are slower to react and turn. I also keep a distance from them so that I can turn quickly and we don’t find ourselves going for the same ball.”

Occasionally, the breaching of an astute back line just won’t happen. If a defense is content to sit with ten defenders behind the ball, stacking them in and along the 18-yard box, the only solution is to shoot from distance.

It’s not possible to dribble through a sea of defenders, so having faith in your ability to strike a ball from distance is the final piece of the puzzle.

“if I see an opening, I’ll shoot…Opposition players in front make it more complicated - for me but also for the goalkeeper because they can’t see properly,” explains Iniesta.