How Fast Is Pierre-Emerick Aubameyang? FIFA’s Top-Rated Speedster Has Pace For Days 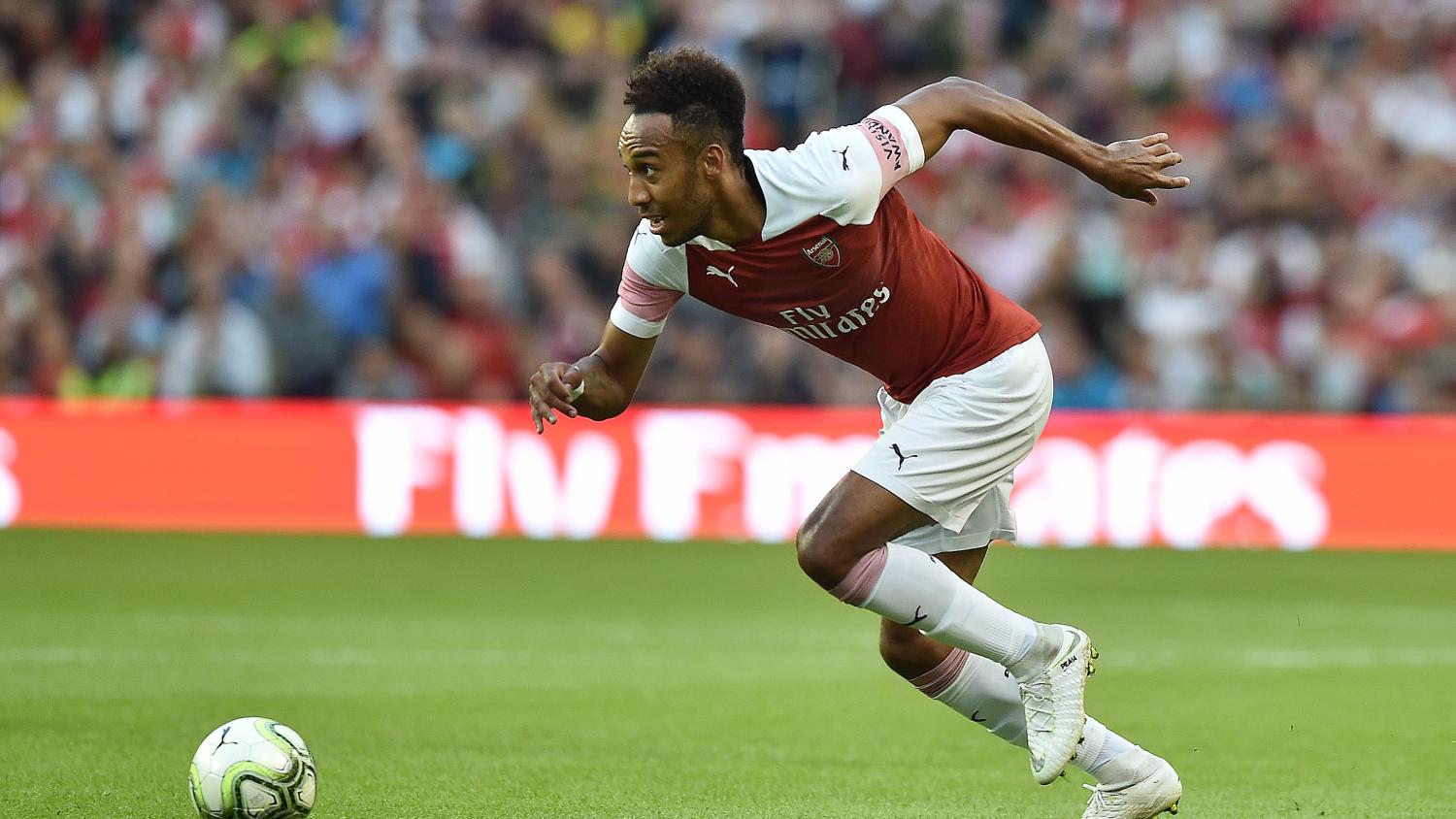 The Gabonese isn’t actually faster than Usain Bolt, but his 30m time is still a revelation amongst footballers.
Getty Images

How fast is Pierre-Emerick Aubameyang? The FIFA video game ratings aren’t infallible, but when the fine folks at EA Sports say that Aubameyang is the fastest footballer on the planet with a pace rating of 96, well, they’re trying to tell us something — namely that he’s an excellent option to send a through ball towards and pray.

Back in 2013, Aubameyang caused quite a stir after clocking 3.7 seconds in a 30-meter sprint. The revelation was that when Usain Bolt set the 100 meter record in Berlin back in 2009 (9.572 seconds), Bolt’s time over the first 30 meters was actually eight hundredths of a second slower than what Aubameyang recorded.

Just look at how rapidly the Arsenal forward can eat up ground.

The pace of Pierre-Emerick Aubameyang! pic.twitter.com/L39KXbfAfQ

It should come as no surprise that he’s hit some pretty remarkable top speeds over the last two seasons. During the 2016-17 Bundesliga campaign, Aubameyang was clocked at 21.52 mph.

During his first half season with Arsenal he bettered that mark, reaching a top speed of 21.74 mph. With 10 goals in his first 13 Premier League appearances, it’s obvious that the division’s defenders have not come to grips with the striker’s rapidity.

Ozil to Aubameyang, and it's only just the beginning, unreal pace pic.twitter.com/vF3PJHTY1h

At the age of 29, Aubameyang is now at the height of his physical powers. The striker started his career in Milan’s youth team, where Paolo Maldini admitted that the club failed to spot his potential.

“Auba has reached a level I would never have expected and Milan did not expect it,” said Maldini. “At that time it was hard for young players, the team was just too strong. It was the right decision to leave.”

After breaking through at Saint-Etienne during the 2011-12 season and continuing that play over the next six years — including his renowned four and a half year stint with Dortmund — Aubameyang has reached the climax of his career at one of the world’s biggest clubs.

Expect to see a whole lot more from the blistering striker over the course of the 2018-19 campaign.